Up close and personal with William Dalrymple 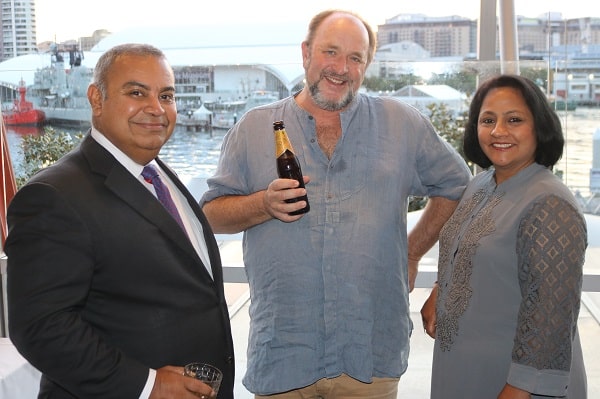 Pawan Luthra (PL): William, what took you to India in the first place?

William Dalrymple (WD): Total accident. Actually, I wanted to be an archaeologist in Iraq. I had a place in the British School of Archaeology in Baghdad, and it got closed down by Saddam Hussein, who claimed it was a nest of British spies, which it probably was for all I know, I never got there. So I ended up going with a friend to India in 1984. I’m still there.

PL: What fascinates you about India?

WD: You could have asked me that question at any point in my life. And I’d probably give completely different answers. It’s allowed me to do a whole variety of different careers. I’ve been at different times a foreign correspondent, a historian, a travel writer, festival organiser, a photographer. It’s like I’m like a child in a sweet shop there. And it’s such a rich place to write about, to photograph, to think about, to know about.

PL: What frustrates you about India?

WD: Oh, so much. Whatever love I have for the country is equally matched by the daily frustrations, like when the bijli goes or the Internet disappears for five days in a row, or you’re stuck in a traffic jam for seven hours… The frustrations drive me up the wall, but I’m enjoying everything else enough to put up with the frustrations

PL: With all your research from the 15th to the 19th centuries and beyond, which character, living or dead, do you identify with the most?

WD: I think I would very much enjoy being one of those White Mughals… Sir David Ochterlony with 25 wives would be quite a good start (laughs). Each of his wives had an elephant and they would do this wonderful march around the Red Fort every evening. Then they’d return to his library, with Ochterlony in his Fab India sort of kurta pyjama, turban on his head, dancing girls in front and a eunuch behind. And best of all, the outraged Scottish ancestors staring down from the picture rail above, wondering what’s happened to Davy after a few years in the Indian salon… And well they might ask!

PL: There are deep links between your family – and that of your wife Olivia Fraser – and India.

WD:  Both of us are from the same sort of class of Scotsmen who always had social aspirations greater than our wallets, shall we say. And so both families intertwined with India. Throughout this period, there are three Dalrymples in The Anarchy, one of whom is linked to this continent very closely.

Alexander Dalrymple was an East India cartographer, who mapped the whole west coast of India and then planned a settlement which ultimately became Singapore and then wrote a book called The Great Southern Continent. He became convinced that what Tasman had seen on one side and various other French sailors and Spanish sailors, must be a continent in the southern ocean – Australis as they called it.

He came back from the East India Company in 1767, went to the Royal Society, and managed to get money to go and find this continent that he was sure existed in the South Seas. But he was East India Company, not Royal Navy.

At the very last minute, he discovered that he wasn’t going to have complete command of this expedition because it was a Navy ship. So he resigned, and some character called James Cook went and led the charge, for which you would all be learning to spell Dalrymple!