This is the kind of film that inevitably touches your heart. It is about mean children leading their own lives, leaving their old, lonely parents to defend themselves. The film makes a case for traditional values even in modern times.

The storyline is somewhat cliched for the Indian audience, but the Punjabi film Jinne Jamme Saare Nikamme does make a larger point about how modernisation is affecting the traditional Punjabi family. It is about how parents think the world of their children and go to various lengths to let them have a fulfilled life and how their children turn out to be selfish brats.

Jaswinder Bhalla plays the patriarch of the house. He lives in a village in Punjab with his wife (Seema Kaushal) and his aged parents, leading a content life despite their nest being deserted.

His four grown-up sons: Barinder (Binnu Dhillon) is an estate agent in Chandigarh; the second son Jaggi (Maninder Singh) works as an assistant to the local politician and MLA; his third son Aman (Pukhraj Bhalla) is a student in Chandigarh but spends most of his time dating his girlfriend; and the youngest Sundi (Armaan Anmol) is a social media enthusiast. They are all busy in their own lives.

On their oldest son Barinder’s birthday, on his wife’s insistence, Jaswinder and his wife visit their sons in Chandigarh. To their dismay, they find themselves shunned from their lives. A miffed Jaswinder refuses to look his wife in the eye, then steals aching glances as she busily makes excuses for her sons.

On the last day before leaving Chandigarh, Barinder, knowing he has not spent quality time with his parents, forces them to see a film. The old couple land up watching the Hindi film Badhaai Ho. This ignites an idea in Jaswinder and he utilises it to make his disappointment known. 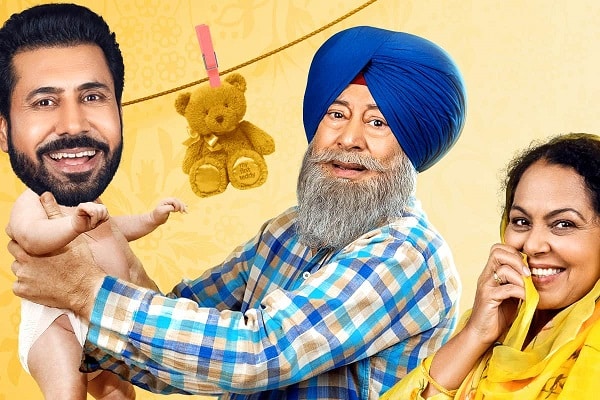 With staid humour thrown in intermittently, the narrative takes a rather circuitous route to hit home the message.

The casting of the leads – Jaswinder Bhalla and Seema Kaushal – are pitch perfect. They make a cute couple and their on-screen chemistry is palpable. Binnu Dhillon as Barinder, appears a bit of a miscast when you compare him to the other three as siblings.

Deepali Rajput as Barinder’s love interest Baani and Bhumika Sharma as Aman’s love interest Sonia are competent, essaying their characters with conviction. The other actors lend able support through their spontaneity.

With moderate production values, Jinne Jamme Saare Nikamme is astutely mounted. The aerial shots elevate the film’s visual impact. Overall, it is a light version of the screaming melodramas of the late 1960s.