11 Indian films and series to watch in December 2021 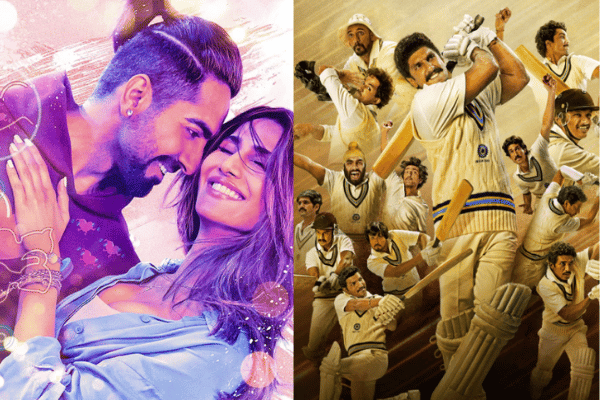 We did a double take when we first saw the pics from this one – Abhishek Bachchan is unrecognisable. He stars opposite Chitrangada Singh in this Diya Annapurna Ghosh directorial, a spinoff of the 2012 thriller Kahaani

The film releases on 3 Dec.

The platform’s highly rated sports drama series is back! Starring Vivek Oberoi, Richa Chadha, Sayani Gupta, Tanuj Virwani and so many more, the series looks at the dark underbelly of cricket with the fictional Mumbai Mavericks, a T20 team in a spot-fixing syndicate.

The season returns on 3 December.

Prateik Babbar (who you might recognise from Jaane Tu Ya Jaane Na, Dhobi Ghat, and Chichhore) plays an enigmatic stranger who takes up a paying guest room in a traditional Malayali family’s house. Things get complicated when his charms appeal to both the son, played by Neeley Mehendale, and the daughter, played by Anjali Sivaraman.

The arthouse film releases on 4 December.

Raveena Tandon returns to our screens as cop Kasturi, who is investigating the mysterious disappearance of a foreign tourist. The TV series marks her digital debut, and is based on a Bengali novel of the same name by Bibhutibhushan Bandopadhyay.

Ayushmann Khurrana fans (and Chandigarhians, and LGBTQI+ folk), this one’s for you. Of course, like all Ayushmann starrers, you can expect this film to be about smashing social stereotypes. This time round, in what starts off as a regular romcom, stars Ayushmann and Vaani Kapoor bat for the trans community. The Abhishek Kapoor directed film is already copping its fair share of criticism for not featuring trans actors – will the final result be worth it?

Coming off the heels of an International Emmy nomination for best drama series, Sushmita Sen returns for season 2 of Aarya, playing a woman who has joined the mafia to protect her family after her husband is brutally murdered.

Get the popcorn ready for when season 2 drops on 10 December.

In this new dramedy by Hardik Mehta, R Madhavan and Surveen Chawla star as an estranged couple, dealing with their impending divorce amid their busy careers. The project is created by acclaimed writer Manu Joseph, who you might know for his works Serious Men and The Illicit Happiness of Other People. We’ve got a good feeling about this one!

The TV series launches on 17 December.

Bihar girl marries Madurai boy, and then falls for flamboyant circus ringmaster. Sara Ali Khan, Dhanush and Akshay Kumar star. Romcoms of director Aanand L Rai’s variety (Raanjhana, Tanu Weds Manu) have gone down well before – it remains to be seen if this one is as atrangi (out of the ordinary) as it sounds.

Atrangi Re will release on 24 December.

Sports biopics are a recent phenomenon in Bollywood but this one had ‘success’ written all over it ever since it was announced. Pretty much like the World Cup event that saw a cricket-mad nation come into its own! If you’re of Indian origin and haven’t seen pics from this film floating around already, you’re living under a rock. Ranveer Singh as Kapil Dev, bring it on.

Move over, Krrish – Malayalam cinema presents its own superhero film. Directed by Basil Joseph, Minnal Murali is about a tailor who gains superpowers after being struck by lightning. Overnight, he becomes the protector of his hometown against a violence heist. Have we piqued your interest yet?

The film drops on 24 December.

A cricket has-been attempts to revive his career, at age 36, for the sake of his son. Jersey, starring Shahid Kapoor, is a remake of a Telugu film of the same name. Shahid’s dad Pankaj Kapur plays his coach and mentor. Directed by Gowtham Tinnanuri, who also directed the original, this was meant to be a Diwali release.

Check it out now on 31 December.

READ ALSO: Why ‘Jai Bhim’ should be on every Indian’s watchlist