The statistics of violence against women are staggering; more awareness will ensure prevention of such crimes 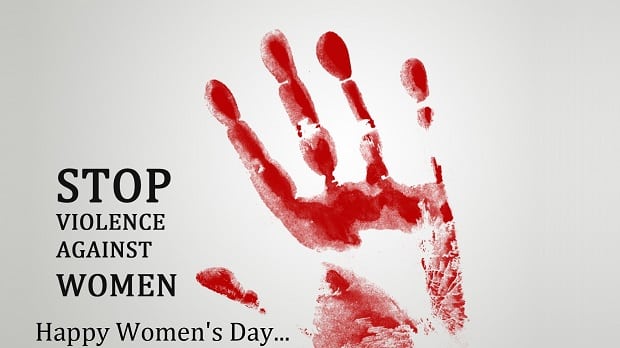 As I write this article, International Women’s Day has recently come to an end. This day highlights the many issues women of all age groups face in our community. It is also a day that celebrates women who have stood for equality and paved the way for other women today.

The most important issue and one that needs utmost attention is domestic violence. Sadly, one in every three women in Australia have been subjected to physical violence, and one in five women have experienced sexual violence since the age of 15. Violence against women and their children often takes many forms. It can be intimate partner violence, sexual assault, sexual harassment and rape. Women often know their perpetrators, who could be their husband, father or a relative. Perpetrators commit this crime to control through fear and in doing so, place the safety of women and children at risk.

We have no other choice but to empower women and stop the violence against them and their children. It is preventable.

The Foundation to Prevent Violence Against Women and their Children chaired by Former Democrats Senator Natasha Stott Despoja AM, is working to raise awareness and engage the community into action to prevent such violence. This is an important step as currently there is no other national body in Australia working to engage in this issue.

The YWCA is an organisation that seeks to engage and empower women both nationally and internationally. It has the proud distinction of being the world’s oldest and largest women’s membership movement, having started in Britain in 1855 during the industrial revolution to provide housing and protection for women moving to the city from rural areas.

Chelsea Lewis, Communications Manager at YWCA Adelaide says, “The organisation hears all kinds of stories which range from experiences of domestic violence, rape and sexual assault, racism, sexism, lack of workplace opportunities and pregnancy related discrimination, to trying to find a work/life balance and whether or not to have children. Our annual ‘She Speaks’ Survey reveals that many young women do not feel supported by cultures, structures and the community at large, to become mothers and maintain a meaningful career”.

There are many issues facing women in Australia and some of these include adequate leadership representation in Parliaments, on boards of companies and in big businesses. The gender equality gap is not yet closed between men and women’s pay, with women on average earning approximately $250.70 per week less than men. When compared with equivalent nations like New Zealand, the US, Canada and South Africa, Australia has the lowest percentage of women on boards.

“The YWCA works with all women – including young women – in its programs and services, and engages women from all backgrounds in its advocacy work”, explains Chelsea. “Three of the most common issues we have come across in our work with migrant women is racism – in all areas of life, but in particular during job application processes; issues around feeling pressure to conform to western body image ideals and lack of diverse role models; and the experience of feeling caught between two cultures. Many young women report a sense of being pulled in different directions and are trying to find their own place. They want to respect and maintain their cultural connections, and often face pressure from parents and grandparents in this regard, but also want to develop their own sense of identity and try to navigate between these desires”, she adds.

The World YWCA based in Geneva, is one of the most reputable women’s organisations working at the global level in areas such as the Human Rights Commission, and has a significant presence at the annual Commission on the Status of Women.

Despite the strong work of this organisation and many more across the nation, violence and inequality remains.

Historically, it has taken both genders to stand up against inequality and violence against women and children. It can only be said that this will remain the pathway to address violence experienced by women in their homes, workplaces and society in general.

There are YWCA’s all over Australia. All girls, young women and women are encouraged to connect to their local YWCA.