A tribute to Albert Einstein’s theory regarding gravitational phenomena

This year is a special one for science as it marks the 100th anniversary of the year Einstein discovered general relativity. In 1915, Albert Einstein (1879-1955) was celebrating the success of his era defining papers, published in 1905. Being only 26, and an officer in the Patent office in Berne, he had come out with five brilliant papers within the span of a year. These included one on Photoelectric Effect which later fetched him the Nobel Prize, one on the Special Theory of Relativity and the most famous paper on that equation e = mc2

It was Einstein’s Special Theory of Relativity that challenged the traditional views about space and time. This theory made Europe recognise the genius of Einstein. Slowly he climbed the academic ladder and became a professor. In 1914, he was invited to occupy the chair of the Prussia Academy and become a professor in Berlin.

About 50 scientists met every week in the State Library of Berlin to discuss their advances in science.  To this audience, Einstein gave four talks in November 1915 about his latest research entitled ‘On the Field Equations of Gravity’. On hearing these talks, the audience was clean bowled. The presentation contained his General Theory of Relativity, later published in a scientific journal.

Scientists were amazed as to how Einstein conceived this theory. This year forms the centenary of this event. Symposiums, exhibitions and lectures have been organised all over the globe to celebrate this phenomenal finding, and 2015 has even been called ‘The International Year of Light’.

The theory of General Relativity

The notion of gravity had attracted the attention of Galileo as well as Sir Isaac Newton more than 400 years earlier. It is well known that the latter completed pioneering work on the subject. Newton discovered that an apple falls down because the earth attracts it with its gravitational force. He went further and found that the moon holds its orbit around the earth because of gravity and the centripetal force due to rotation; these have to balance each other. This is true for planets going around the sun as well. Newton generalised gravity when he said that everybody in this universe attracts every other body with a force that is proportional to the product of their masses and inversely proportional to the square of the distance between the two. This is the celebrated Newton’s Law of Gravitation. There was a universal acceptance of this and it ruled science for more than 200 years.

Einstein had something different to say. His explanation is based on mathematics. He envisaged a four dimensional space-time continuum (x,y,z,t). It is easy to conceptualise a three dimensional space. But a four-dimensional space is tough to comprehend. However, mathematics has no such limitation. Any number of dimensions can be incorporated.

What was gravity then? The four dimensional continuum can be compared to a mattress. Whenever an object is placed on this mattress, the surrounding area gets deformed. The greater the mass of the object, the greater the distortion. This distortion of the space-time continuum is gravity, claimed Einstein. When a foreign object enters the distorted region, its path is guided by the distortion. When the apple enters the distortion around the earth, it simply falls down. It has no alternative. The moon too responds to the earth’s distortion or gravity. Similarly, every person creates a distortion around themselves. But we don’t rush towards each other due to gravity, because it is tiny compared to that of the earth.

Newton saw gravity as a force of attraction between two objects, but Einstein said two objects were not required. Every object creates its gravity or a gravitational field by itself. In his Special Theory of Relativity, Einstein had limited himself to systems in uniform motion. His new theory extended his thoughts to systems undergoing acceleration.

Scientists stood in awe when they heard and read about his theory of General Relativity. How could someone conceive all this? There must be something special in his brain! It is said that only a handful of people understood the theory in those days.

A theory, however grand, is only a theory until it is experimentally verified. Theory guides and experiment decides. Einstein’s General Theory of Relativity had to be tested and proven. This came about in 1919 when the leading English astronomer Sir Arthur Edington undertook this task. According to the theory, a ray of light should bend in a gravitational field. Our sun has a very strong gravitational field around it because of its mass. So light from a distant star should bend as it passes close to the sun. There was a difficulty, however. The sun being too bright would prevent any observation. The remedy was to wait for a total solar eclipse when the light from the sun would be blocked. Nature did give mankind a chance and a total solar eclipse took place in Portugal in May 1919. Edington went there with his camera and other equipment and took pictures. It was proved beyond doubt that Einstein’s theory was correct.

This was a well-deserved boost to Einstein. He was in newspapers and magazines all over the world. The media claimed: ‘Another Newton is born’. He came out of the ivory towers of science and became a celebrity, hobnobbing with kings, queens and actors. People paid for his autograph and for a picture with him.

Over the past one hundred years, his theory of relativity has been tested with increasingly sophisticated equipment and every time Einstein has been proved right.

The General Theory of Relativity led to many consequences. One of them is Cosmology with which Einstein himself had a hand. This subject covers not just our solar system but includes all the existing solar systems and galaxies. Einstein found that the universe is expanding; it is not static. If it is expanding, it must have been smaller yesterday. If we continue to go back like this, there must have been a time when the universe was a just a point in size. This was true, 13.7 billion years ago. It was then our universe started with a bang (the Big Bang Theory) and suggests how our universe may have begun.

The Black Hole is the other consequence. Consider our sun. Large scale nuclear reactions take place within it giving us light and heat. At the same time, there is an enormous gravity act balancing it. With time, the nuclear reaction slows down and will stop. When this happens, gravity alone acts on the sun and its size shrinks. Now if any object enters the sun, it cannot get out. Even a ray of light is absorbed. This state of any star is the well-known Black Hole.

Einstein achieved all this by questioning, questioning some more and then questioning again. He challenged common sense. He never accepted anything that was merely told or because it was traditional or an accepted theory. Truly the epitome of scientific temperament. 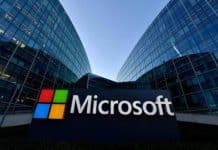