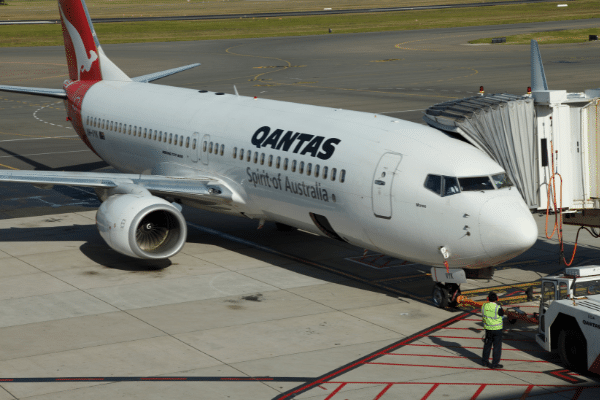 Amid labour shortages across the country, including the aviation sector, it seems national carrier Qantas is having to cut down its flights to India. In the past 24 hours, passengers on the direct flights from Sydney to Delhi on 14th January and 16th January have been contacted about cancellations.

In November, Qantas had doubled down on flight routes to India, launching a new service from Sydney and direct flights between Melbourne and New Delhi for the first time.

In a statement yesterday, they announced they are “adjusting flying levels to better match travel demand in light of the sudden growth in COVID-19 cases.”

This reduction, they said, is driven by increased travel restrictions in countries like Japan, Thailand and Indonesia and is mostly impacting Jetstar’s leisure routes. Yet they added, “Other markets – such as London, Los Angeles, Vancouver, Johannesburg and India – continue to perform well.”

Travellers flying to India however have already been getting messages from Qantas about the cancelled flights.

This despite the following:

“Customers will be contacted directly from late January if their booking is impacted by cancellations and offered alternative flights that in most cases are likely to be a difference of a few hours if travelling domestically.”

Customers contacted by Qantas have been told that changes are due to new Indian government regulations, specifically, ‘capacity limits on flights into India’. There seems to be no Indian government intimation publicly on this so far.

For Sydney’s Vipin Kumar, who is set to travel on 18th January to Adelaide and then board Qantas’ Adelaide-New Delhi flight on 19th January, the news of cancellations does not bode well.

“I am quite anxious about my upcoming flight. Even before booking, there are many uncertainties about international travel. You never know if you’ll be able to return,” he told Indian Link.

Now triple vaccinated, he had planned to visit family for the first time in two years. He had worked through lockdown to accumulate annual leave but his wife now faces 2 weeks unpaid leave for their travel.

“It’s a difficult decision emotionally and financially,” Vipin shared. “We have shelled out around $4,700 for return flights for three of us. Even while looking for tickets, there were very few slots available. We went back and forth all of December on whether we should travel to India at all.”

For passengers scheduled to fly this week, there is much confusion around RT-PCR test requirements with rebooked flights. Do they need to get tested again? Importantly, do they need to pay for these tests again?

Understandably, Qantas passengers have shared their frustration on social media.

“I have a flight on 25th January. It’s not appearing on the Qantas website,” one person wrote.

“I called (Qantas) thrice and every time, I got a different answer,” another passenger lamented.

One passenger stated, as per his communication with the Qantas customer helpline, all flights have been cancelled till the end of February. This news had yet to be officially confirmed.

“Qantas has made a mess of its flights to India. They make plans and then withdraw. This has been happening for 30 years!”  Sydney-based travel agent *Naveen Rai told Indian Link.

Yet he added, “Singapore Airlines, Malaysia, Thai, nobody has flights to India anymore. What can you do – it’s the virus. You can’t say anything with certainty while it’s still around.”

The effects of mass cancellations are going to be disastrous on professionals like him.

Another travel agent, Arnold D’Souza from Sydney, termed this “the new norm in travel.”

One client flying with Qantas, he revealed, ended up paying $4500 for tickets to India, with changed days etc.

“Be prepared for multiple ticket changes and repeat PCR tests if you’ve gone over the stipulated 72 hours because of these changes.”

“Many of us won’t be coming back to work, I can tell you that,” he said wryly.