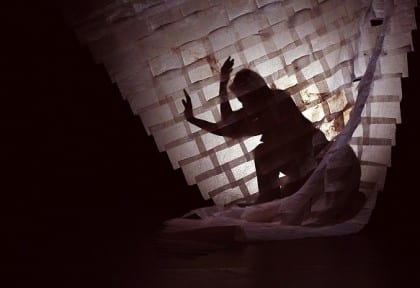 Growing up in Delhi I used to look forward to the winters for a special reason. Sometime in October, public parks would get taken over by artisans building temporary structures with bamboo and colourful festoons. The wintry nights would come alive with the sounds of local actors performing the age-old Indian epic Ramayana with the complex interplay of its mythological characters. The Ram Lila would continue late into the night and meanwhile the artisans would gradually give shape to the three huge effigies of Ravana, Meghnad and Kumbhakarana, the three main antagonists of the epic. The fortnight-long festivities would finally culminate in a fiery end when the character playing Rama would set fire to the effigies on the day of Dussehra thereby signifying the victory of good over evil. Dussehra is very much an integral part of Indian culture and folklore and also means new clothes, a lot of sweets and a general air of festivity and celebration.

On 8 and 9 July, Brisbane’s Judith Wright Centre was magically transformed into a setting for the narration of the pivotal part of Ramayana with Raghav Handa’s Mens Rea: The Shifter’s Intent playing there. Mens Rea explores the illusory concept of shape shifting with the protagonist Raghav Handa shifting between the three principal characters Jatayu, Sita and Ravana. Handa captured the essence of the epic’s turning point by portraying the capture of helpless Sita by Ravana and the futile intervention by Jatayu who in turn is mercilessly mutilated by Ravana. According to legend, Ravana was seeking revenge for the mutilation of his sister Surpanakha’s face by Lakshmana, Rama’s brother.

Handa’s dance aesthetic is influenced not only by his Indian heritage but heavily impacted by his synergetic experiences with Australian contemporary dance and Australian Indigenous dance over the past 15 years. Handa achieved the fusion between the ancient Indian epic and Indigenous dance forms through ethnographic research; visiting Indigenous elders in the remote communities of Laura and Yarrabah in far north Queensland accompanied by his mentor Marilyn Miller.  Handa closely observed Aboriginal ceremonies, where dancers apply ochre and wear the feathers and skin of their animal guardians, while adopting the grace and form of the animal they transform into. For the Indian link to the story, Handa consulted his mother, Asha Handa, on the story of Sita’s abduction and the characters in Ramayana.
“Of course every child of Indian heritage has role-played Hanuman once in their childhood with an apple slice stuck in their mouth,” added Raghav with a twinkle in his eye.

Captivated by the story, Raghav studied the triggers that initiate transformation and those triggers were portrayed rather emphatically during the show in the form of bone crunching audio effects along with sublime visual imagery.   The audience could feel the emotional transformations as well as the physical transformations, when Raghav seamlessly amalgamated the plight of Sita and the haughty demeanour of Ravana in a series of fluid body movements with surreal ease.  Deakin University’s Motion Lab lent the virtual technology that created the colourful imagery symbolising Jatayu, a demigod vulture, whose attempts to rescue Sita are thwarted by Ravana.

Raghav’s venture into the treacherous terrain of personal and ethical boundaries and the consequences of crossing the line are captured beautifully in the seminal work Mens Rea: The Shifters Intent. In addition to performing Mens Rea, Raghav is currently developing his first ensemble work The Cantonment Act, following support from a Strut Dance SEED Residency in Perth. Over the past four years his choreographic creativity has been principally supported by the Australian Council of Arts, Arts NSW, Melbourne Next Wave Festival, The University of Sydney, UNSW, Deakin University, The Centre of Contemporary Arts Cairns and Critical Path Sydney. Raghav has also worked with some leading luminaries such as Marilyn Miller, Vicki van Hout, Sue Healey and Martin Del Amo. Raghav told Indian Link that after Brisbane, he was embarking on a whirlwind tour of the United Kingdom. Despite having such a hectic itinerary Raghav took time out after the show to speak with his audience on a personal level.

“It is so much fun to perform for an audience who are so switched on and well informed about Ramayana,” said Raghav Handa, virtuoso choreographer and performer par excellence.