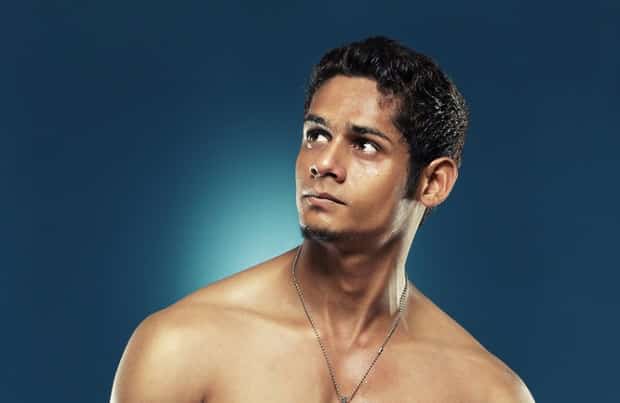 At a hole-in-the-wall grungy dance studio in Sydney’s Alexandria, some of the most famous Bollywood beats are blaring. There are about a dozen dancers in the studio – all waiting for their turn to come to the centrestage as solo performers or in groups, to practise performing a series of dances for an upcoming Bollywood party in Marrickville. Everything appears fairly commonplace in the studio, that is, until you realise that the dancer playing the lead in the famous Madhuri Dixit song Dhak Dhak is not a she, but in fact, a he.

“I have been dancing since I was a child”, says Raj Kumar*, who’s stage name is Mohini, the name of Madhuri’s character in her first super-hit flick Tezaab. “I’ve learnt modern-contemporary, Latin salsa and a bit of freestyle hip-hop, but Bollywood dance holds a special spot in my heart. I remember watching Bollywood movies and swaying to the songs and dances. I was only three, and recall seeing my very first Bollywood dance number, Ek Do Teen from Tezaab. I instantly fell in love with ‘Mohini’ and my affair with Bollywood was born”, he explains.

Kumar has been rehearsing his performance along with other dancers, since mid-January. He is preparing for his stage appearance at Bar Bombay, a gay-and-lesbian-friendly Bollywood party to be held at the Red Rattler in Sydney’s Marrickville on March 15.

Among these dance shows is, of course, Kumar’s ode to Madhuri Dixit. “I’m doing a collage of old and new Madhuri hits. Some of which are Ek Do Teen, Choli Ke Peeche, O Re Piya, Chane Ke Khet Mein, Makhna, Kangnaa Kangnaa, Aaja Nachle, Mera Piya Ghar Aaya, Dhak Dhak and Dola Re Dola”, says Kumar who has self-choreographed this group performance.

Other performances on the night will range from other hit Bollywood tracks, from folk-based songs such as Dhole Baaje (from Hum Dil De Chuke Sanam) to contemporary hits such as Kamli and Malang (from Dhoom: 3) and Ram Chahe Leela (from Ram-Leela).

The Bar Bombay dance party was first held in 2008 and has become a bi-annual event. This year it is being given a serious facelift and an attractive name. Previously known as the Trikone Queer Bollywood Dance party, it’s been christened Bar Bombay this year to give a stronger Bollywood and Subcontinental feel.

The party also features a special theme of Holi. “It is celebrated in the month of Phalgun Purnima, and this year, Holi is on March 17,” says Binu Raghavan, a Trikone Australasia board of directors member and one of the key organisers of Bar Bombay. “You will see special dances centred around this theme and there’s definitely going be a lot of glitter and glamour”.

Bar Bombay is just one of the events that Trikone organises to raise the profile of subcontinent queer people in Australia. Among the other events organised by the group are queer-themed Bollwood-inspired theatre shows such as In the Space Between (Mardi Gras 2011) and The Last Chai (Mardi Gras 2013); Satrang South-Asian Queer Film Festival (September 2010); as well as sell-out variety shows such as Bollywood Queen of the Night (August 2012), a beauty pageant for subcontinent transvestites and cross-dressers.

“While we appear to be very glamorous on the surface, our roots are very modest”, says Trikone Australasia’s founding board member, Alan Maurice. “We are a non-profit social-support network that operates independently, without government funding. The whole group is made of volunteers from all walks of life. Some share their dancing and choreographing expertise, others write brilliant scripts and create hit Bollywood shows. There are those who help create extravagant subcontinent-themed floats for the Mardi Gras. All this is done without any monetary expectations and in the volunteers’ own time”, he adds.

While these projects by Trikone Australasia raise the profile of South-Asian queer people – a minority within a minority – in Australia, they also provide queer subcontinent people a unique platform to come together, forge new friendships and express their creativity. How or where else would, for instance, would Kumar have shown his Madhuri talents, if it was not for Trikone’s Bar Bombay?

*not his real name