Home Main Category Wake up and smell the (Indian) coffee

Before the sun has fully risen, the morning ritual is well under way around the world. Though different formulas are used, the key features stay the same regardless of the location: the enchanting scent, the flavour hit and the subsequent burst of energy from that first cup of coffee, propel you through the rest of the day.

Now, take an unusually fair winter day, over two hundred café and market stalls boasting novelty flavours from across the globe, a couple thousand Sydney-siders, and the legendary Rocks as a venue – and you have a shock of coffee spectacular.

There were locals and tourists milling around the stalls, buzzing from one caffeine fix to another, but absent from the Rocks Aroma Festival in late July, was the distinctive flavour of Indian-style coffee.

Ranked the sixth largest coffee exporter in the world, India gives a morning jumpstart reaching those in most parts of Europe, Asia, and North America. Indian coffee beans take their most popular form in filter coffee, a South Indian style of brewing. The 1940s saw the rise of filter coffee to prominence in Indian households. It was especially prevalent in the southern states of Kerala, Karnataka, Andhra Pradesh and Tamil Nadu, commonly incorporating Arabica or Robusta beans to lend their distinct flavours. Described by its fans as being bold with a sweet aftershock, it’s a rare decadence in Australia.

Taking the matter of missing Indian-style coffee into their own hands, coffee loyalists like Arvind make their own filter coffee at home. 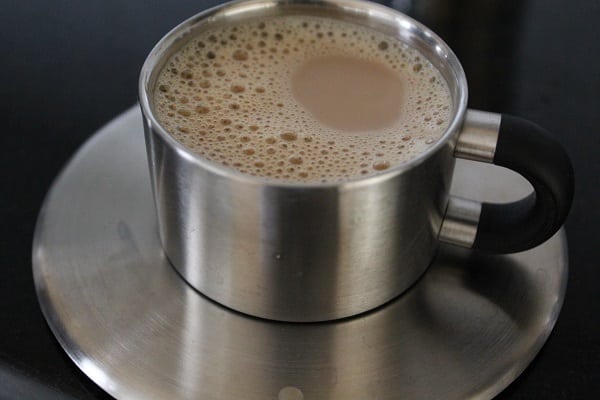 Using freshly roasted and finely ground peaberry beans from Coorg Karnataka, and the traditional silver tumblers or davara, Arvind believes using ingredients directly from India contributes to the most authentic flavour. She stocks up on coffee components while ensuring their freshness, with peaberry powder sourced straight from Chennai – a city famous for its abundance of filter coffee hot spots. By sourcing direct, the home-grown flavour profiles of the ingredients endure. “I’m a bit of purist when it comes to coffee,” Arvind admits.

She says the secret to perfect filter coffee is “extra finely ground coffee powder and a steady hand while pouring the water”. A simple practice in its own right, making filter coffee requires no fancy materials or gimmickry, “just fresh ingredients and a very simple extraction process”.

Due to the lack of fresh materials to choose from, Indians in Australia make use of what’s available to them, but add their own flare to the humble beverage. 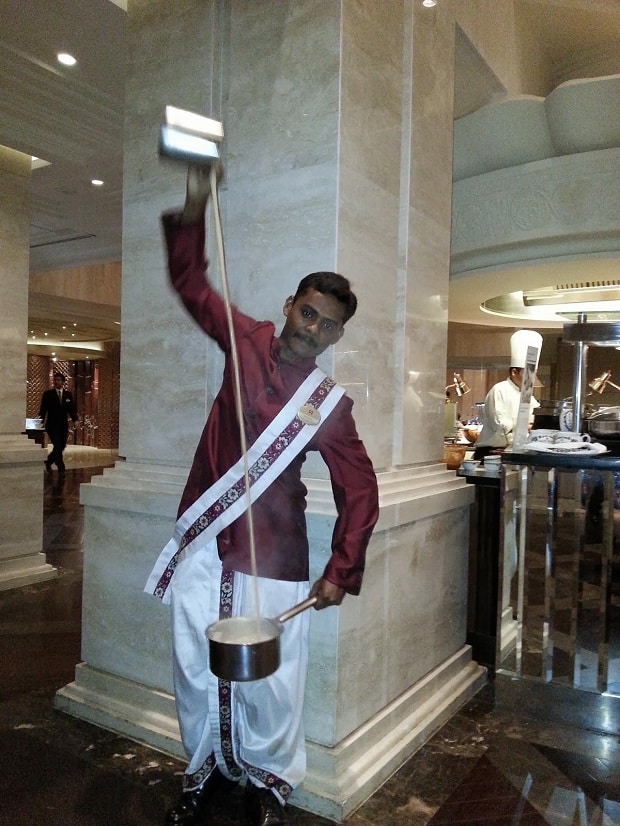 When making coffee, it’s the process that makes it Indian, according to 22-year-old university student Jagat Sharma.

A first generation Indian-Australian, Sharma is well-acquainted with the pitfalls of finding good coffee in Sydney. “I’ve never been to an Indian restaurant here which sells Indian coffee,” he says.

Growing up with his mother’s recipe of Indian-style coffee – 80 per cent milk and 20 per cent water brewed with coffee and sugar – a morning pick-me-up that satisfied the palate was hard to come by here.

“I think the best way to describe Indian coffee is milky coffee,” he says. “For me, it’s definitely a nicer coffee than the ones you get at the coffee shops. But sadly, no one makes it here, you can only get it at home”.

Dhoodwaali coffee (milk coffee) is a necessity for Sharma, whether it be to fuel late night study sessions or to soothe the occasional headache.

He chalks up the lack of Indian-style coffee in restaurants primarily due to a lack of demand from Australians, in addition to the time, effort and cost of the brewing style.

Both Arvind and Sharma agree that carrying on the tradition of Indian-style coffee is a must.

“When we visit India, we always show the kids how they make the famous yard kaapi on the roadside,” says Arvind.“I am trying to introduce my 17-year-old to the coffee habit. At the moment he is a hot chocolate boy, but I think I can win him over eventually”.

For Sharma, the origins of the coffee beans are irrelevant. “It could be coffee from anywhere, but the process is what makes it Indian. It would be good if the next generation could enjoy that coffee as well because it’s a pretty tasty coffee”.

Among the notable sources of filter coffee are the Sri VenkateswaraTemple inHelensburgh and Woodlands Tandoori in Liverpool, Sydney. For those who prefer making it themselves, spice shops around Sydney are a great place to start.

As Usha Arvind says, “Although the brewing process takes time and practice to perfect, the resulting cup of coffee is always worth the wait”.