Home Food The taste of Australia

Traditionally, Australian food was established from either indigenous or colonial roots. Over the years migrants have all added their own flavours creating a fusion fare. As such, Australia has now developed some iconic foods embodying a distinctly Australian taste.

If you haven’t tried any of the foods below, in the true sense of the Aussie spirit, why not give them a go?

Lamingtons are often called the National Cake of Australia. This square-shaped sponge cake is coated in a layer of chocolate icing and desiccated coconut, served with a layer of strawberry jam or cream in between two halves. National Lamington Day in Australia was last celebrated on 21 July 2006.

Both Australia and New Zealand claim to have created this dessert, produced in honour of Russian ballerina Anna Pavlova, who toured Australia in the 1920s. Pavlova is a popular meringue-based dessert with a crisp crust and a soft, light inside. It’s often decorated with whipped cream and fresh fruit such as strawberries and Kiwi fruit. 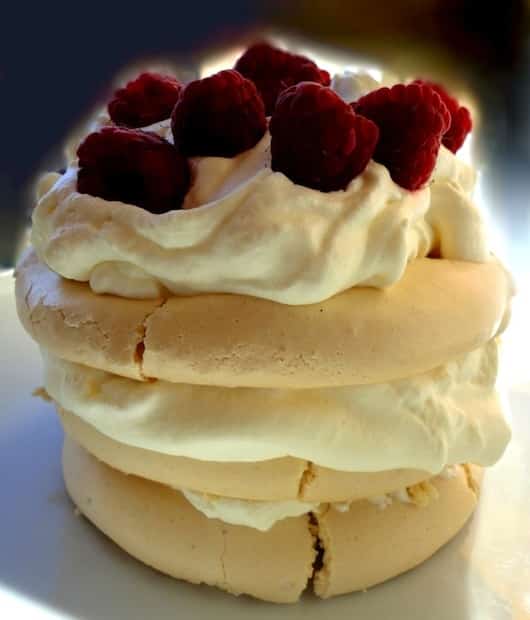 These are associated with the Australia and New Zealand Army Corps (ANZAC) that was established during World War I. Soldiers who were away from home received these biscuits from their wives and families. Made using flour, sugar, desiccated coconut, rolled oats, butter, golden syrup, boiling water, and baking soda, these biscuits did not get spoiled en route and were able to keep for a longer time.

Also called soda bread, this iconic Australian food was the staple of road workers and travellers who needed to cover long distances over long periods of time with only basic provisions like flour and sugar. This is a traditional bread from Australia made without using yeast. A perfect camping food item, the traditional way of baking damper is to use the coals of a campfire. The basic ingredients used for this soda bread are flour, water, and a pinch of salt, before baking.

Vegemite is a dark brown savory spread often used on toast or crackers. It was invented in 1922 by Dr Cyril Callisterin in Melbourne, Victoria. It is basically made from a byproduct of beer brewing, yeast extract.It has a smooth but sticky texture and is slightly bitter to taste and therefore might be too strong for some people, but it grows on you. Vegemite on toast is a popular Australian breakfast. 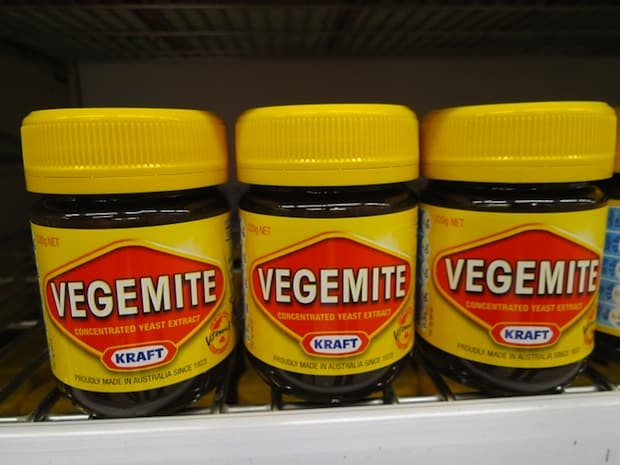 Hamburger with ‘the lot’

Mostly hamburgers are associated with Americans, but Aussies have their own way of preparing a hamburger too. It is not your traditional hamburger, but is actually ‘a lot’, as comes with all the trimmings including fried eggs, bacon,cheese, beetroot, pineapple, tomato, lettuce, onions and tomato sauce. It is quite popular in pubs and takeaway shops, especially after a day at the beach, and is quite a satisfying meal.

Meat pies are generally enjoyed all over the world, but Australians especially love their meat pies. There is an annual Great Aussie Pie contest celebrated to attract various pie makers. The prize is given to those pie makers who meet the required standards of quality. An Australian meat pie contains minced meat with gravy. It can also be served with onions, mushroom, peas, or cheese. It is a great takeaway snack as well as a must on every sporting event menu. 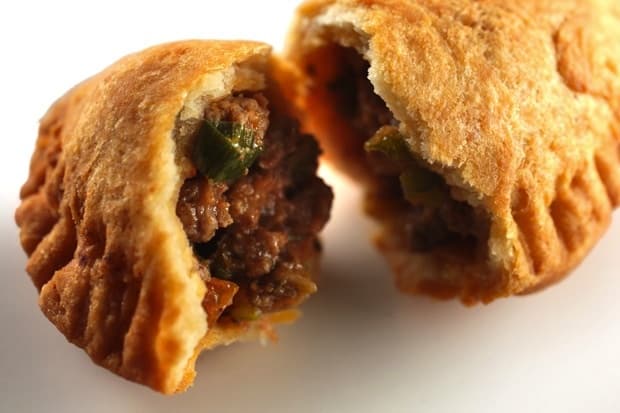 The pie floater is unique to areas of South Australia. A pie floater is actually a meat pie that is inverted and placed in a thick green pea soup. It is then covered with tomato sauce along with salt and pepper to taste. Generally, pie floaters are available late in the evening from caravans parked along the streets. This is mainly seen in the suburbs of Adelaide. The National Trust of Australia gave the pie floater the status of a South Australian Heritage icon in the year 2003.

Founded as a charity biscuit, packages used to be handed out by Salvation Army Officers, hence the name SAO. They are light-textured square biscuits made by rolling dough into thin sheets, then cutting it into squares. SAOs are often eaten as a thin crispy sandwich with toppings such as butter, vegemite, or cheese. 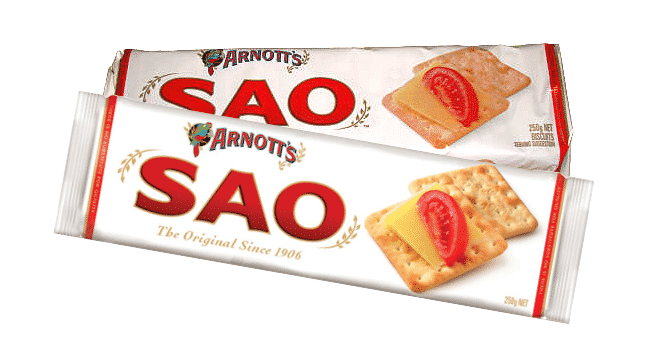 This Australian food icon was inspired by Chinese spring rolls and invented by Frank McEnroe. The deep-fried snack contains beef, celery, cabbage, barley, carrot, onion, green beans and spices rolled up in a tube of flour, egg, and dough. Chiko rolls are generally eaten on the go and served at local fish and chip shops.

After a sunny afternoon by the beach, many Aussies love to eat fresh fish served with lemon, salt and pepper, wrapped, to takeaway, in newspaper. Battered and fried with chips, or pan fried with oil and served with mashed potato and salad, this is a favourite food for many Australians. 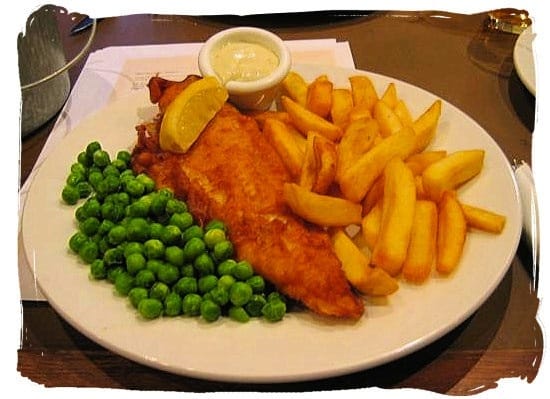 Kids are in the kitchen these school holidays

Going round the mulberry bush