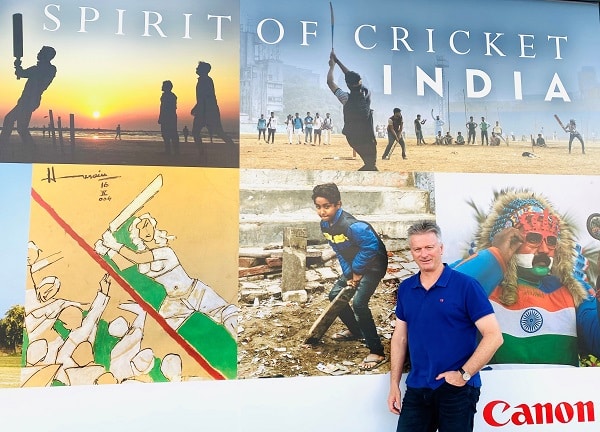 “I always wanted to get into the alleyways, the backstreets, in the mountains, in the desert, the beaches; just see people playing cricket and take photographs,” Australian cricket great Steve Waugh told Indian Link, surrounded by his shots of cricket in India.

He spent 17 days travelling around India earlier this year, most of these spent with a camera, aimed at everything cricket – cricketers, cricket paraphernalia and the factories they are produced in.

They form the basis of his new book The Spirit of Cricket – India, and some are currently on display at The Playbox in Sydney.

“It took me a couple of weeks to sort through the shots to get to about 500,” revealed the former cricketer who is much loved in India. “In the book – there are 220 of my favourite shots and in the exhibition here, there’s probably about 60 or 70”.

Steve reveals his favourite images come from cricket as part of daily life in India. One that has fascinated him no end, involves physically challenged cricketers. 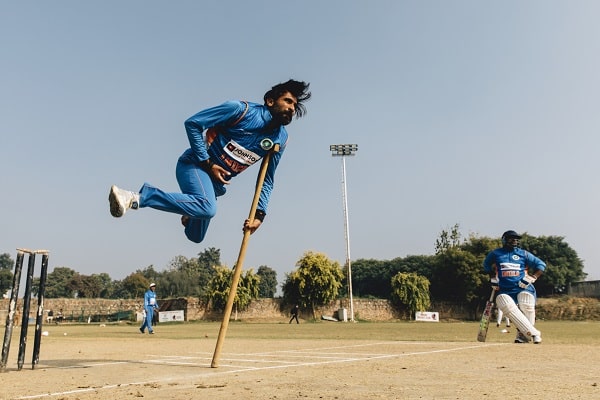 “I’ve never seen anything like that,” he described. “They just leapt up in the air like ninja warriors. Missing part of a limb with polio, they use a bamboo stick as a crutch. One of them had it under his arms – he landed on top of the crutch, pole-vaulted and bowled the ball! I was totally blown away by that. It was something out of this world, so I love that shot,” he stated.

Of course, as a photographer, Steve was able to hone in on his special insights as a cricketer. 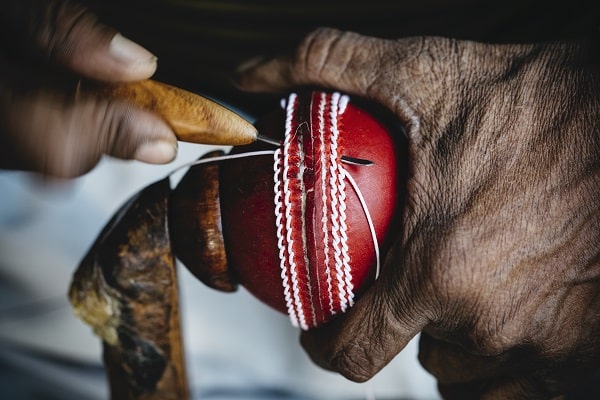 Another favourite shot came from a factory: Steve claimed that watching a worker handcraft a ball, gave him a greater appreciation for the game.

“I’m really proud of that one because it captures the precision of the ball maker’s hands stitching cricket balls,” he described. “They make eight per day. The guy who’s making it, you see his hand is pretty weathered and old, he’s about 80. I love that the photograph shows the movement in one hand and the precision in the other.”

“As a player, you take it for granted – the really good bats, gloves and the balls. You don’t really know where they come from. But seeing them being handmade and hand-stitched, gave me an emotional connection to the work,” he added.

His favourite photo, in which a game of cricket is played in front of the iconic Taj Mahal, became the cover shot.

“Capturing that image was a challenge,” Steve recalled. “The day we were scheduled to see the Taj, we drove five hours from Delhi only to find that it was fogged in. So we thought ok we’ll wait, but it didn’t lift. Ten-hour round trip, no photos of the Taj. Had to go back the next day! It was 18 hours of driving to get that shot, but I think it was worth it.” 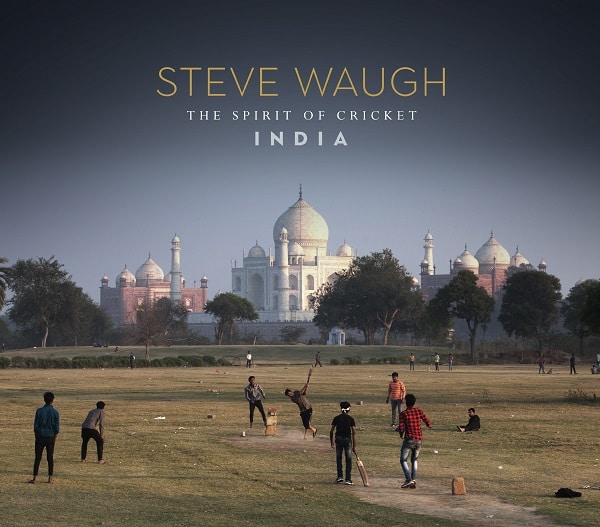 Steve received special instruction from Trent Parke, an ex-cricketer and expert photographer who travelled with him. They spent 12-14 hours at work each day, usually starting at the crack of dawn.

Steve was 21 when he first toured India with the Australian team in 1986. As a young naive man from the Western suburbs of Sydney setting foot in the largest democracy in the world, his first reaction was, “this is chaos”.

“I remember getting on the bus and just being amazed, ‘Steve recalled, laughing. The traffic was zig-zag, no one was staying in their lanes, and no one stopped for the red lights. I thought, well this is interesting, this is different to Australia! Everyone on the streets just swarming around with a variety of animals, cats, dogs, monkeys and all sorts of things going on at the same time. It was like being on a different planet, literally,” he expressed. 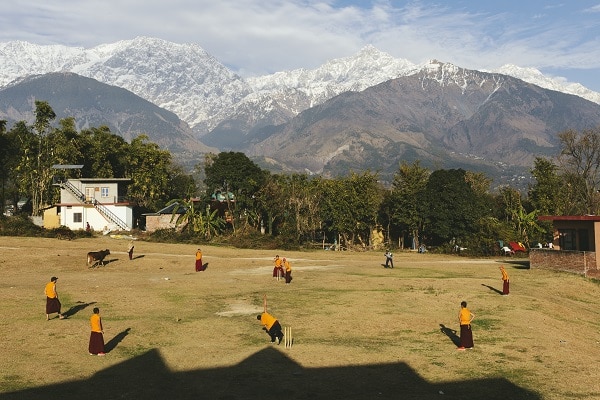 There have been many life-changing moments in India, but Steve speaks particularly fondly about meeting Mother Teresa in Kolkata.

“I was lucky enough to meet her briefly and that really set me on a pathway of being involved in philanthropic activities. I wanted to do something in a small way that she’d done her whole life. That opportunity came on the next trip to India at Udayan, a rehabilitation centre for kids who either have leprosy or have parents with leprosy. From that, the Steve Waugh Foundation really evolved in Australia,” he said.

Back in the day, an inquisitive and curious Steve carried his camera and sat at the front of the team bus, utterly fascinated by what was happening outside. 34 years later, he still felt the same chaos on his photography trip to the country, but this time it was a bit more organised.

Always the one being photographed, Steve lamented about never being able to stop to take pictures when he played in India.

“When you’re an international player, you hop off the bus and you’re surrounded by thousands of people, so it’s impossible,” he disclosed.

Cricket is a religion and cricketers, gods 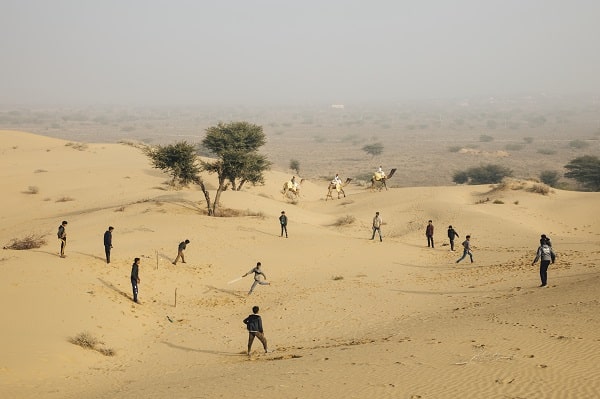 The one thing that has stood out in Steve Waugh’s decades-long relationship with India, is its people, and their love of cricket.

“People seem very welcoming in India,” he remarked. “And if you have a link to cricket, then straight away you’ve got that connection.”

The manner in which cricket has captured the imagination of India’s people also comes in for some analysis.

“There are 800 million people living under the poverty line and cricket brings them together. It gives them something to be proud of because it’s something bigger than themselves and they feel as if they’re connected and a part of it. I think that’s why it’s a religion in India because it gives a lot of people hope and happiness and they feel proud to be associated with cricket,” the cricket great explained. 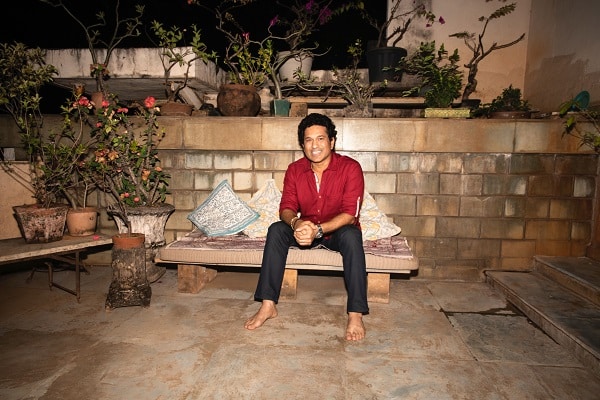 Steve also narrates an incident in Kolkata that may depict how cricketers are elevated on a pedestal in India and are seen as gods.

“Taking photographs outside the Victoria monument in Calcutta, there was a big open playing field behind us where the army was doing some training exercises. All of a sudden, one guy came running towards me. He seemed pretty agitated and he was yelling ‘you can’t take photos here, we’re training!’. As soon as he got within 6 feet, he realised it was me and said, ‘Oh, I’m very sorry… can you please take a picture with us?’. It instantly changed from ‘no photographs to ‘please can we have a photo together’,” he said.

He added, “Cricketers are on a pedestal and rightly or wrongly, they have a huge responsibility. Kohli and Tendulkar, they mean so much to the people and thankfully, they carry that mantel really well and represent the country amazingly.”

Given Steve Waugh understands the country so well, we’re tempted to ask, how do you solve a challenge like India?

“Patience and persistence. And you gotta build relationships, I think in business, you can’t be successful if you’re doing it by email or phone calls, you’ve got to be there in person, getting to know that person and letting them get to know you. It takes time,” he revealed.

Rapid-fire Round with Steve Waugh

1. How many times have you been to India?

2. A place which you always go to or try to go out when in India?

4. Any Indian dish that you have learned to cook?

I cook basic curries at home, but I like fish curries.

5. Your admiration for Mother Teresa is well known, two other Indian personalities which fascinate you?

I think Rahul Dravid, he’s low-key and humble. I think he’s incredible. And Mukesh Ambani, I’d just like to know how he got so big and successful, he can really make a difference in people’s lives.

6. Brett Lee has acted in a Bollywood movie, have you been ever approached for a role?

I have and it was a pretty quick ‘no’. I know my limitations – cricket and photography. Get Brett Lee, he’s better than me.

It’s not a Bollywood movie, but I like Slumdog Millionaire and I also like Lion, it was an Australian movie, I thought it was fantastic.

8. In your mind in which one of these two instances does your heartbeat faster – facing Curtly Ambrose on a bouncy pitch in Trinidad or that moment when you check your camera to see if you got that perfect photo?

Probably Curly Ambrose, because with photography you’re not getting injured but facing Curly Ambrose you can get physically hurt.

9. Know a bit of the language? Say something in Hindi?

The basics, dhanyvaad or namaskaar and namaste. It’s nice to know when you meet people, straightaway brings a smile on your face and breaks down that barrier of different languages.

I think it’s just unique, it’s like no other place. You’re never bored, there’s always something going on. The people are friendly, the food is good and it has different landscapes. It makes you feel alive.

- Advertisement -
Share
WhatsApp
Facebook
Twitter
Linkedin
Previous articleHow do we know statistics can be trusted? We talked to the humans behind the numbers to find out
Next articleMelbourne unlocked: What’s the post-restrictions plan?