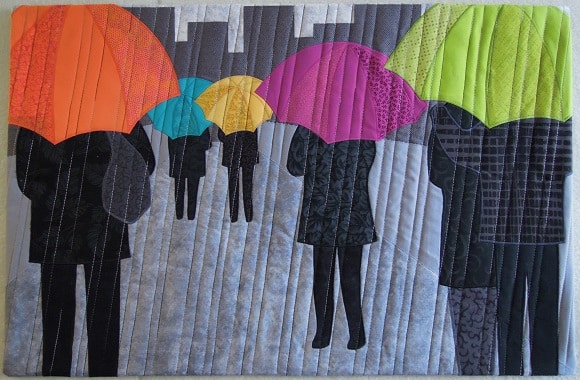 When it pours… it pours and pours. If something bad happens then many parallel problems come knocking, leaving us confused as to what to do.

The storm of the century during the last week of April yielded the heaviest downpour in 100 years, accompanied by cyclonic winds with speeds of up to 130 km/h. In parts of NSW, hundreds of thousands of homes went without power and a huge number were devastated by flash flooding.

Along with the heavy downpour came simultaneous problems which were difficult to cope with.

Life in the city became almost impossible; commuting was rendered chaotic due to slippery roads, falling trees, downed power lines and more than 200 traffic signals in Sydney area out of service. While hundreds of schools remained closed, offices too became relaxed about staff presence.

After the super storm, the following hail-storm also didn’t fail to astound us, though it was a shorter spell.

At home, we faced similar miseries during these April storms. Even though we avoided going out, inside the house, day and night, you had to bear the sound of rain lashing noisily on the roof as well as against window panes. It was quite a pain to patiently watch flowers in the garden suffer as wild weather victimised them ruthlessly. I couldn’t save some of the plants, but it felt good providing shelter to birds that spent hours on my back verandah. These unexpected guests left my home well fed. Our own consolation was in savouring fried food like pakoras that always seem tastier in wet weather.

During this recurring wild weather, any time I had dared to venture out it was replete with problems, especially as it now gets dark before 5pm with the early winter setting in.

One evening I was already caught in terrible rain when my car-remote stopped working. I fumbled while trying to open the door with the car key. There I stood, drenched. Visibility was poor which made my attempt to locate the key-hole even more difficult. On top of that, I noticed one of the headlights wasn’t working. Fully dripping, I ruined the car seats as I drove. On the way back I picked up others in the family from the train station who were also soaked from head to toe.

Those who have been through it know what it means to enter your house fully wet, with soggy bags and dripping clothes. Then you have to waddle through the puddle in front of the outer door while the downpour is in full stream. Outdoor foot mats become useless in this weather – all loaded with water, completely sodden. Storms teach us to have spare door mats or old towels handy for such an emergency – anything to avoid the house getting messy (ier).

The storm has passed now. The government, and families in the north of the state, are having a tough time cleaning up and calculating the costs incurred.

On the home front too, it took me a while to dry out all the wet items and clean the house. While our limp muddy shoes looked like martyrs, the two umbrellas – the only good ones I had – also sacrificed their lives serving their owners. Cruel death after complete disfigurement! The umbrellas expired, but our own health is also playing up with the arrival of a cold and flu that continues to linger.

Miseries aside, it was sheer relief when after such stormy and murky days, it finally reappeared. It comes out every day, but when it disappears for days at a stretch, only then do we know what we’re missing. The golden orb that peeps up each day through the eastern horizon to brighten up our day. In scorching Sydney summers we almost dislike it, but after soaking in such heavily soggy days, sunshine seemed like a total blessing.

See, every storm, big or small, passes sooner or later. These days, I unfailingly let the rays of bright sunlight fall on my uncovered arms and face to relish the warmth. The way Sydney weather has recently been playing tantrums, be it due to climate change or whatever, we cannot be sure when our lovely sun will desert us again. Better make hay while the sun shines!