Home Fiction Loving rays from beyond the sun

Based on real events, a heart-warming short story on the power of a mother’s love 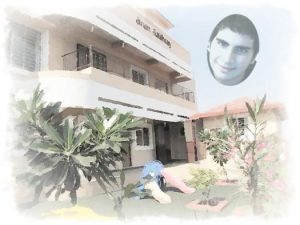 “Yes, my little one,” she said to the three-year-old. “What is this you have in your hands?”

As Radhika took the gift into her hands, she realised the mud structure was still wet.

“It is beautiful, Seema, but we should let it dry a bit more. Shall I leave it on the window sill?”

“But do you know what it is?” Seema questioned.

Radhika looked at the structure – a square block. She whispered with a smile, “A sign of your love?”

“No, silly Ma, it is a house, our house. We will all live there. Even Arun Bhai,” she pointed to the photo on the desk.

As Radhika gave Seema a cuddle, the tears that she refused to release in front of her kids, fell in streams. She tried to wipe the tears before Seema saw them but was not fast enough.

“It is the most beautiful house anyone has built for me. Now go out and play with the others. Soon it will be dark. Go, I will come out soon.” Gently Radhika walked Seema to the door and then returned to look at the house. 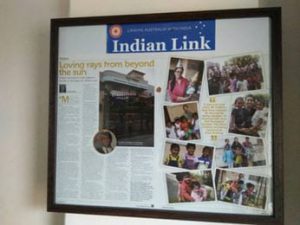 Her dream too had started like this house, built out of love and for those she loved.

He was a gentle soul who asked for nothing but love. Who gave away his toys if he saw a child in need. Who happily shared his meal with the disadvantaged who walked past the gates. Who insisted that the stray animals be fed. A teenager who only ever spoke in gentle tones and who would stand up to bullies to save his classmates. So gentle a soul that Radhika often feared for his future in a world that often forgets what it means to be human.

Just like his name (Hindi for ‘sun’), he radiated warmth wherever he went. Even his teachers commended his behaviour and held him up as a role model. His friends looked to Arun for guidance and the neighbourhood referred to him as ‘the perfect child’.

Time flew to when the HSC exams were just around the corner. Arun and his friends had prepared well, often studying late into the night. So when one weekend Arun asked to go out with his friends, Radhika had no hesitation in giving her permission.

As Radhika and her husband sat down to dinner, she suddenly felt a pang in her heart. It lasted but a few minutes, and was gone as soon as she had a glass of water. But while the physical symptom had passed, a part of her was not able to rest easy.

It was pre-mobile days, so after dinner they went to the front lawn and sat there in the dark waiting for Arun. At the approaching car, she let out a sign of relief, only to have it turn to fear as she saw that the car was actually a police car. Even before the officers had entered the gate, Radhika knew. Her heart knew. And even her husband knew. The part of them that was the best, the part of them that was a true symbol of their love, was gone.

Her husband went to identify their son. She could not bring herself to go. Instead she went and satin Arun’s room holding his latest notes in her hand.

His farewell and his last rites was a difficult time for the entire neighbourhood. Arun had somehow managed to make himself theirs as well. Had it not been for her family and her friends, Radhika would not have known how to pass that horrible time. Even the walls closed in on her, and the sound of every car made her relive the loss of Arun. Her only solace was in his dreams and his memories.

And then one day when she was recalling her conversations with her son, his message came through loud and clear. His had been a life of giving, of loving and of caring. His actions were always those of protection and solace. In the short time he had visited this earth, he had left a mighty legacy. Now it was up to them to keep it going.

And so a dream was born.

Without finance, without labour and without even land, a hope arose and a will took form to see the legacy come alive. The tears that had often drenched their cheeks were never again allowed to fall.

Guided by Arun’s memory, they knocked on the doors of anticipation. Like a miracle, the doors opened one by one.  The permission that was prayed for was given and the ventures began to take its shape. An industrialist donated some land, a businessman bricks. A carpenter put in the doors, an electrician wired the home, wholesalers gave them paint and nurseries planted a garden. Finally the rooms were fitted with cots and beds. Staff were employed, but only the ones that reflected the kind of love that Arun was known for.

On the day the last act was done, naming their new place, Arun Aashray, Radhika and her husband cried again.

It did not take long for the word to spread that their gates had opened. Radhika still remembered the bittersweet moment when she held the first baby in her arms, left at the doorstep with just a little note: Take care of him – from a mother who can’t. That was the day she became ‘Ma’ again.

From looking after a few children, the venture grew as they were unable to refuse their loving home to anyone. And it was then that Radhika received her sign. It was as if Arun was saying, “No one is ours forever; and just as you were able to let me go, so too must you let them go in the name of love.”

A week later she put the first baby up for adoption. In a land where caste, creed and legitimacy were so important, she had feared that social taboos might become an obstacle in their cause. But the love of a child and a couple’s need for a baby were both far too powerful a force to stand in the way of a few people’s prejudices. Slowly they saw child after child settled into loving homes.

The children were like passing gifts that came into their life as reminders of Arun’s love, and left with loving parents as a validation of his legacy.

Radhika jumped out of chair and walked towards the model. Touching it, she said “Not yet my love, tomorrow when it is dry, I will name it Arun Aashray.”

Seema beamed as she said, “Just like our home!”

Suddenly she felt her husband’s arm about her shoulder, and heard his whisper “They want her as their daughter.” And then, her tears fell again.

This is a work of fiction based on and dedicated to the real Radhika. All conversations are the imagination of the writer.

The real Radhika and her husband have built a home for India’s own ‘Blossoms in the Dust’, children who for whatever reason are left by their parents at their doorstep. The venture welcomes donation to their trust for the care of the children at their home.

READ ALSO: Bringing cheer to sick children, with a bit of Starlight