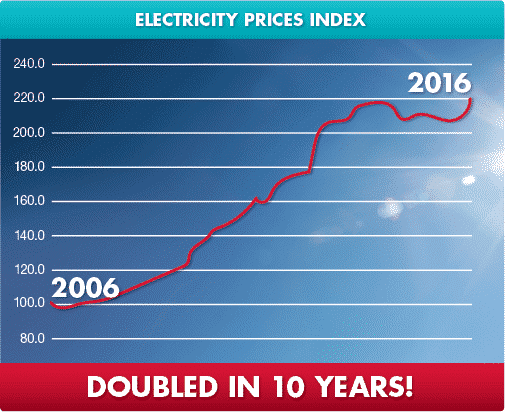 Consider this. Your quarterly electricity bill used to be around $300 but you are shocked to see current bill rise to $450. You chide your family members for leaving their mobile chargers, laptops and TV on all day and you shiver in the cold as you restrict heater use this winter.

Wastage of energy is no doubt bad but shouldn’t you be able to enjoy the little conveniences of modern life? This is certainly possible when you have free energy being generated on your own rooftop.

As prices of electricity continue to be on the rise, people are literally taking power into their hands by installing solar photovoltaic (PV) systems on their rooftops. Many households who were early adopters of the PV technology enjoyed years of low bills with a generous feed-in tariff of up to 60 cents/kWh, but all this came to an end on 31 December 2016 for those in NSW. Solar households have seen an increase in their bills but for those yet to install solar PV on their roofs, the onset of winter with increased heating costs and the announcement of higher electricity prices by most retailers from 1 July 2017, it’s a double whammy. 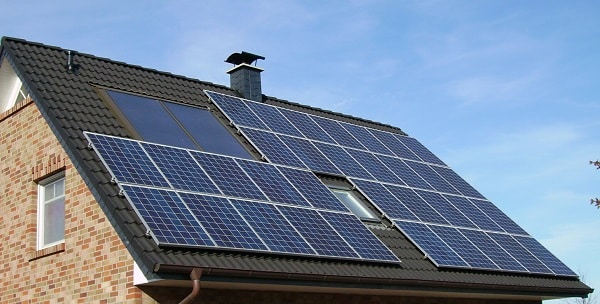 Should we install solar PV? Should we take up battery technology? How do we make the best use of our solar generation considering most family members are out during the day? These are few of the questions that come to mind. The decision is big and can have a lasting impact on your future energy costs.

Experts have calculated that an average electricity bill of $500 a quarter, increasing at 7% energy inflation, over the time of solar panels warranty of 25 years, will cost you over $135,000. Therefore, investing in solar PV makes perfect financial and environmental sense.

Solar energy is renewable and non-polluting. Currently, experts say that one should go for the largest PV system possible. The actual size you can install on your rooftop would be determined by many other factors such the roof tilt, shading from surrounding trees, orientation of the house, and, of course, your budget. The payback is on an average around five years. You don’t have to worry that turning up the air-conditioning on a hot summer day or cranking up the heater on a cold winter’s day will result in an energy bill that will break your bank account.

You can expect a 40 to 50% reduction in bills if you time your energy use to solar generating hours. For instance, appliances such as washing machines and dishwashers can be timed to run during the day and you can cool or heat the house before sun down.

So, we have free energy during the day from solar PV but what about when the sun sets? During the winter months, it gets dark earlier in the day. Most of our energy use is when we get home in the evening. If we could store the solar energy generated during the day for night time use, it would make more sense.

This is where battery storage comes in. Should we invest in this right away? Probably not, unless you have some money to spare and you are one of those early adopters who love new technology. A compact battery system for an average household costs around $10,000. The payback averages around 12 years. This does not cover its warranty period and hence it makes sense to wait for a further price drop. Battery technology is improving by the day. That said, a hybrid solar PV system with battery storage may still make sense for heavy energy users.

* In 2016, small-scale solar was responsible for 16% of Australia’s clean energy generation and produced 2.8% of the country’s total electricity.

* Australia is one of the sunniest continents in the world. Given a stable policy environment, there is massive potential for solar PV to make a significant contribution to electricity generation in Australia over the coming decades.

An installer accredited by the Clean Energy Council (CEC) should be able to work this out for you based on your past electricity bills, roof space, time of use and other factors. Always seek at least three quotes.

Your local council may offer free solar advice. They also often organise events where you can learn more about solar and battery technology from experts. Empower yourself with knowledge from websites such as Renew Economy and One Step Off the Grid. Websites such as Solar Quotes have a list of questions to consider and ask a solar installer. CEC’s Guide to Installing Solar PV for Households is an essential read.

The future for solar energy is bright.