It all started when Ishaa Sandhu travelled to India recently.

A final year Juris Doctor student at the University of Sydney, scholar and social enabler, the 22-year-old was doing an internship with Delhi-based Senior Advocate Pratibha M. Singh, between November 2016 and January 2017.

A chance encounter with women from a local beauty parlour changed her life. The Government of India had just declared demonetisation of ₹500 and ₹1000 banknotes from the Mahatma Gandhi Series, causing problems across the country. 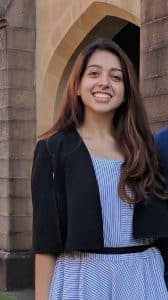 The beauty sector, made up largely of small business owners, depends on cash transactions as a payment method. “The women at my local beautician’s started talking about the problems they were having following the announcement – not having change for customers for large denominations of notes, and having to turn them away,” recalls Ishaa. “That got me thinking about how these businesses – especially the small ones in hidden nooks and crannies – function without a method of payment.”

Motivated to change the professional lives of these small operators, Ishaa came up with a project that not only empowered these women, but also won her much acclaim back in Australia. “It was clear to me that I had to introduce these women to banking so they could operate cashless,” Ishaa tells Indian Link. “Such a move would also enhance their financial and digital literacy; their professional worlds would be enriched and they would become confident, independent citizens.” 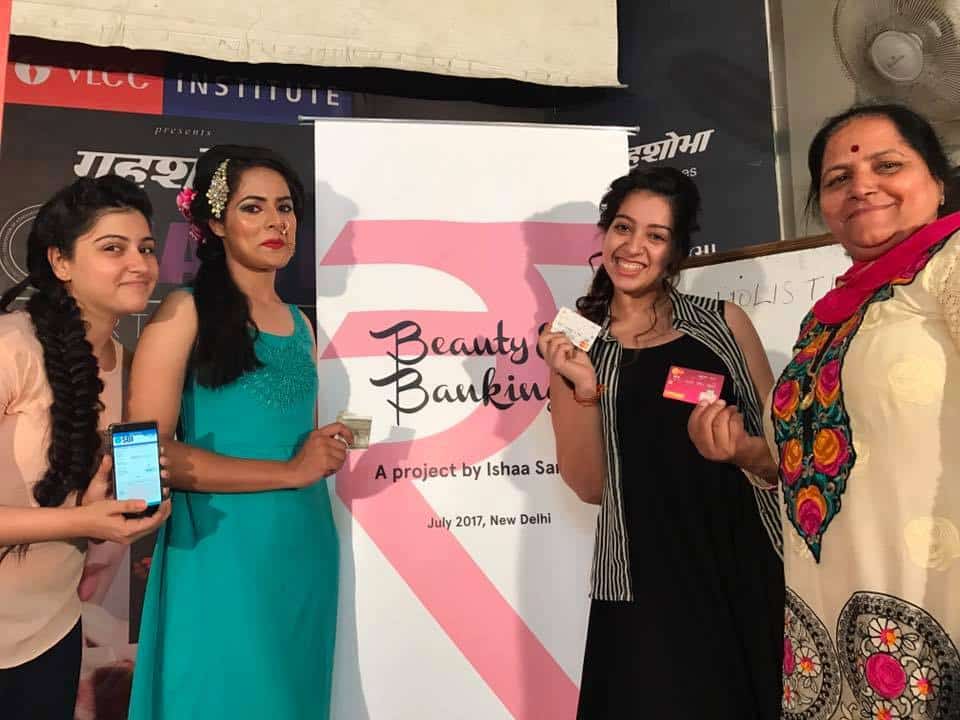 The endeavour won her the Westpac Bicentennial Foundation Future Leaders Scholarship, the University Vice Chancellor’s Award of Distinction, and the Davis Project for Peace Prize which she designed the project she calls ‘Beauty & Banking’.

It wasn’t an easy exercise; Ishaa, even as an educated young woman, had herself had difficulties in opening a basic bank account. “It took me over four weeks and seven visits to the bank branch. That raised the question as to how difficult this transition must be for the ordinary female in India.”

It turned into a reflective exercise as she realised her own privilege in terms of education, funds, and access to people, as opposed to women who didn’t. She directed her research towards identifying and filling an existing gap.

Focussing on the beauty services sector, Ishaa found it was a popular option for girls in vocational education as they considered it lucrative. “They are a common route for lower-middle income families, who aren’t necessarily well-educated. It’s a sustainable way of living with flexible hours, especially good for mothers.” 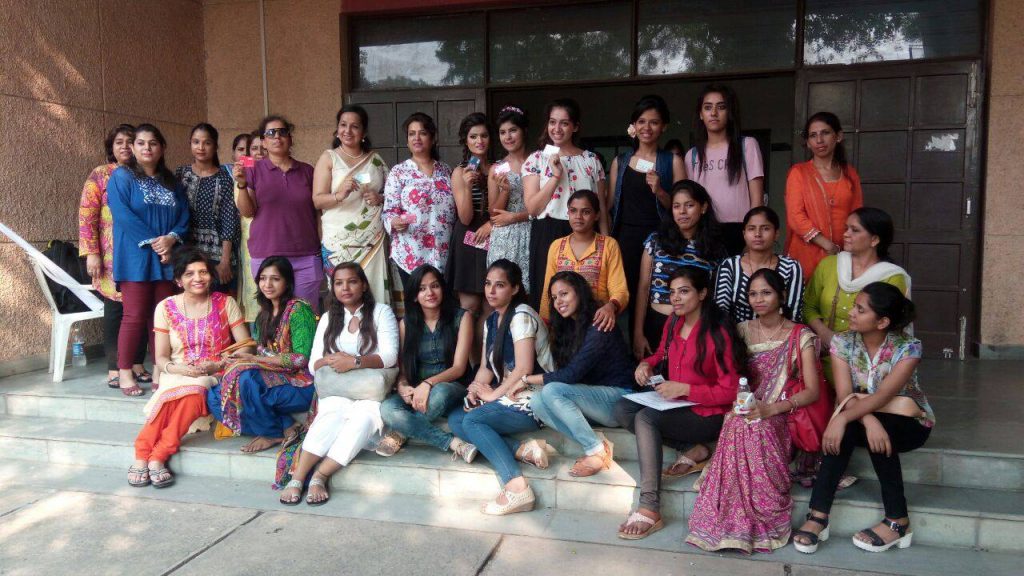 She put in for a grant with the Davis Project for Peace Prize. (Founded by international philanthropist Kathryn W. Davis, this organisation supports youth test their own ideas for building peace.)

The requirement was to address peace and conflict. “I delved into the struggle that demonetisation had created for women. Many had lost secretly stashed cash savings, as much of the banking is handled by men. Some male-dominant households don’t allow women to have their own accounts, or travel to the bank branch. I googled pictures of banks and only men were queueing up to claim, and withdraw money. The conflict was cyclical, as financial independence and gender equality go hand in hand. That affected peace, and the natural flow,” she says.

The grant was approved, and she was ready to dive into the deep end. She organised most of the project from Sydney, with the help of an on-ground team in India. The actual implementation took about 2 weeks.

Ishaa’s proficiency in English, Hindi and Punjabi helped her navigate the Indian systems and quirks. “I would have done it anyway, but the grant gave me the confidence, legitimacy, and freedom.”

It helped that the State Bank of India already had a women’s chapter with empowerment projects in motion. They got on board, with their representatives Chandrabhushan Amola and Shruti Handa helping her through the entire process.

The next challenge: the participants themselves. Initially, Ishaa planned a three-day conference but the beauty schools were hesitant. “The beauticians work on a per-job basis, and woulkd lose income if they were not at work. There was no real incentive, or need. Some weren’t even aware of the demonetisation policy,” says Ishaa.

Beauty entrepreneur Dr. Rajni Duggal, who students looked up to, signed up as a partner to do a presentation on the importance of financial awareness as a beauty practitioner. “We wanted to show banking as a normal part of the beauty curriculum, not as an extra but essential to the role,” says Ishaa.

‘Beauty and Banking’ included six mobile workshops for approximately 300 participants and the response has been positive. Banking partners are open to providing more accessible advice for women. Ishaa muses, “I’m now keen to take the idea into other female-dominated industries.”

Ask her where the spirit for social justice comes from and she names her parents, ex-players of the National Indian Basketball Team, who currently live in Perth. “They were sporty, always willing to go and achieve. But they also prioritised education and I have seen them helping people throughout their lives. They know I’m curious about international development, as I’ve lived across multiple cities and benefited from a global upbringing. They are protective, yet always 100 per cent supportive and guiding,” she says.

Her mum is an academic at the University of Delhi, where she established numerous merit and equity-based scholarships and was Founding Head of Department of Sports & Physical Education.

So what’s next for Ishaa? “I’m going into management consulting. I look forward to engaging with both social and private sector projects, and hope to continue learning and developing meaningful connections. It’ll be a huge learning curve, but I’m excited.”