Time’s up for complacency 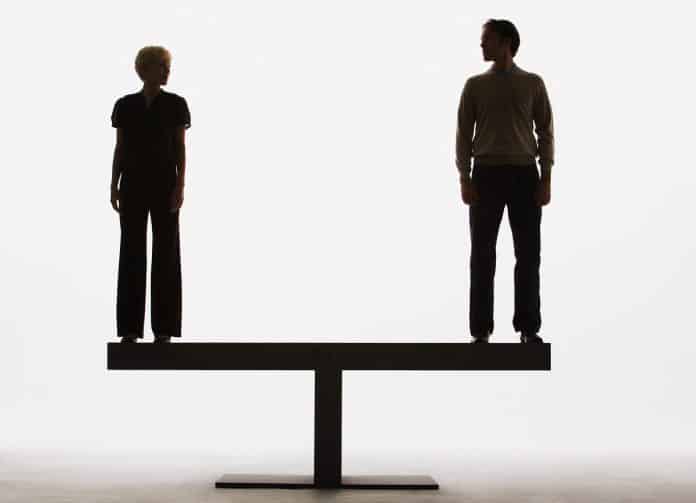 Reading Time: 6 minutesThe world of gender politics changed forever in October 2017 when the #metoo movement went viral. By the end of the month, over 500,000 women had used the hashtag to share stories of unwanted harassment and abuse at the hands of men, often in workplace situations. What first seemed like another empty, viral fad (remember #Kony2012 or #bringbackourgirls?), evolved into the catalyst for a lasting movement, fittingly titled Time’s Up. The Time’s Up movement is summed up neatly in its mission statement, “The clock has run out on sexual assault, harassment and inequality in the workplace. It’s time to do something about it.”  The goal of Time’s Up is paradoxically both entirely common sense and extremely ambitious, and it has, unsurprisingly, brought along with it the adage without which any discussion of gender isn’t possible: “What about the men?”

According to research conducted by gender equality firm LeanIn, as a result of the #metoo movement and ensuing cultural change, “Almost half of male managers (in the United States) are uncomfortable participating in a common work activity with a woman, such as mentoring, working alone, or socialising together.”
So, have we, in the quest for women’s liberation inadvertently created a climate which unfairly penalises and oppresses men?
The short answer is no.
The long answer, also no, is a bit more complex. As the world community continues to research gender disparity with interest, the news that women have not reached equality with men in many facets of life is not new. An Australian government study in 2014 revealed that the average weekly wage for a woman is 18.2% lower than that of a man performing the same role, and that women also generally have about half the amount of super as men, too. In India, that figure is higher still, which the wage gap being 24.81%.

The impacts of gender inequality are not strictly economical, though; more insidious still is the rate of violence experienced by women at the hands of men. Irrefutably gender-based, male to female violence, specifically domestic and family violence, is the leading preventable cause of death, disability and illness in women aged 15 to 44, whilst sexual violence rates continue to skyrocket. Whilst the #metoo movement has begun to identify high profile men in the Western world who have been perpetrators of sexual violence and abuses of power, with some men now facing previously unheard-of consequences, the reach of the movement is limited. In Bollywood, for example the problem endures. Power structures in the Indian film industry are so deeply entrenched that the ‘untouchable’ nature of its male superstars remains impenetrable. Recent sexual violence claims against Jeetendra, underreported by major outlets, failed to gain any traction.
Undeniably, men all over the world are feeling a collective apprehension which is less due to an unfair scrutiny on their behaviour, but rather a reframing of eons of privileged behaviour which is now being held to account. Instead of a witch-hunt, as some have described it, the #metoo and subsequent Time’s Up movements are an opportunity for men to reflect on the advantages they have been afforded, perhaps unknowingly, simply due to their gender. In our progressive and modern world, it can be easy to mistakenly think that men and women are afforded equal opportunities just because they have equal status under many laws worldwide. However, research and lived experience tell another story. A story of inequality which, according to the World Economic Forum’s most recent Global Gender Gap Report, would take around 200 years to rectify.

WHAT CAN MEN DO

Actually, a lot. It is understandable, in the face of concrete evidence, accusations and protests, that groups of men have become defensive, feeling unduly attacked even if they’re ‘one of the good guys’, since being male is no more their fault than it is ours being female. With this is mind, it is important to shift the focus to why it is important for men to passionately fight against structural inequality, rather than to continually find ways to convincingly articulate that a problem exists. It does, and it has been proven beyond a measure of a doubt over and over again.
Ways in which men can be allies in the fight against gender inequality include vocally standing up for the rights of women without diminishing their agency. What does this mean? Men need to stand up for women and stand with women, without standing over them. Often men fall into the two archetypal roles: The White Knight who swoops in to save a woman, or The Punisher who exacts revenge on a woman’s behalf. It seems ‘natural’ for men to behave in this way, as these traits have been communicated through every conceivable medium as ‘masculine’ and ‘noble’. These notions are equally harmful to men, who subsequently face unreasonable cultural expectation to be an infallible protector. In addressing and refining this behaviour, we undo the patriarchal building blocks that prop up lasting inequality.
Time’s up for the unearned assertions that feminism is ‘anti-male’ or that ‘there’s nothing in feminism for men’. Rather than viewing the Time’s Up movement as a confirmation of anti-male sentiments, it’s crucial for men to acknowledge themselves as partners with women in undoing the underlying cultural knots that lay under abuses of power, violence and economic inequality. In order to do this, men must listen to women, and empathise. It is important for women, also, to recognise men as powerful allies in the fight against discrimination. Common sense once again dictates that if the men have the majority balance of power, then surely we’d need them on our side.

Men, particularly professionally, often have access to information and opportunities that women do not. Share with women information that is crucial to your success. This could be sharing your salary information to help women understand their bargaining power, inviting women to networking events and mentoring women into leadership positions. Men must consciously recognise that women’s voices have been suppressed, particularly at leadership levels. And men should be inclusive of a diverse range of opinions. Listening to women requires empathising – finding ways to see things from the points of view of female colleagues, leaders, customers and the community.

Gender norms tend to assert themselves most stringently at home. The 2016 Census showed that women are still doing the lion’s share of household duties, despite being equal earners. On average, an Australian woman spends 5-14 hours a week doing housework, compared with less than five hours a day for a typical man. Being an advocate for gender equality means rethinking who does what around the home to create a more equitable family life. Men who share in equal care of babies and toddlers are shown to have greater relationships with their adult children and their partners. Visible caregiving helps lessen the effects of toxic masculinity from an early age, providing young children, particularly boys, with healthy and respectful behaviour to role model.

Boys will be the boys we teach them to be

Another excuse time is definitely up for is the old “boys will be boys.” Boys, girls and anyone who identifies as anything else will be who we teach them to be through education and role modelling. Gender inequality starts before birth, given the cultural and structural advantages afforded to young boys, who in many cultures are still revered and prized as superior to girl children. As we wrote on IWD a few years back, “We need to go that extra mile with our sons, to teach them to treat their female peers with respect, and as equal and worthy partners at every stage.” Telling or laughing at sexist jokes, memes and stereotypes encourage the trivialisation of harassment and violence against women. Crucial, more so, is the instilling the inflexible idea that no matter what you feel, no one is entitled to the attention, reciprocation of feelings or physical dominance over another person’s body. This is equally true of all genders, but most often manifests as a result of the bravado young men acquire through problematic cultural messaging.
In order to make the personal changes needed to truly embrace a future that is equitable for both men and women, it is up to us all to ‘unlearn’ what we think we know about gender roles and how they operate. By clearing well-trodden, often-biased neural pathways, we lay new foundations to create a better future for both ourselves and our world.
We have no excuse not to.

What men can do today