Time for compassion for international students 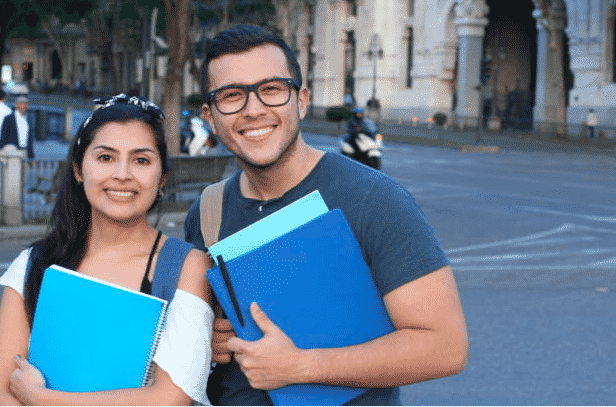 For the 500,000 plus international students in Australia, the next few months will be a testing time.

Already, they have been cast aside by the Australian government who were happy to take their dollars and services in good times while deserting them when the going got tough. The million odd temporary residents in this country, the majority of who are students, keep parts of the Australian economy ticking.

These temporary residents work in hotel services as managers, as chefs (one in five temporary residents is a chef), as service staff.  They make their ends meet with casual work at local restaurants, as stackers in supermarkets, and as cleaners elsewhere. Their wages are meagre but hard earned.

Then are others who work in healthcare – doctors, allied heath workers, aged care workers.It is known fact – and certainly the government is also aware – that most students live a hand-to-mouth existence. Yes, they are expected to have funds to support themselves in their first year here, and over time with work hours as mandated, are expected to see themselves through daily requirements.

The education sector adds $34 billion to the local economy through tuition fees and the money spent by the students on living costs, according to the Australian Bureau of Statistics. The students pay their full rate of tax and are good temporary residents and at times like this need the support of the government to get them through. Most cannot go back home as international borders are sealed; very few international flights are taking off and those that are, are charging exorbitant prices. Australia also has an international obligation, with its comparatively better health care system, to keep those within its borders longer, even if it means taking care of those affected and stuck here.

Possible suggestions for solutions to the impasse include the setting up of a temporary fund and paying an allowance to those students disrupted by COVID-19. Allocations have been made for Jobseeker allowances of $1,100 and Jobkeeper payments of $1,500 each per fortnight. Overall, the cost to date to the government is over $115 billion. Setting up a shorter-term payment – say three months – of $400 per fortnight can help these students. No doubt it will be a $1 billion expense, but look at it as an investment to not only sustain but also build goodwill in an annual pre-COVID industry which earned $34 billion.

To date, the temporary Indian resident has been supported by the charity of the Indian-Australian community who have banded together to care for them, whether through food or accommodation. Restaurants are donating free food, home kitchens have been set up to create dinner packs, donations are helping with rents. These donors with big hearts need to be applauded for their selfless service.

It is in times of need that true friends come forward.

Perhaps it’s time for the Australian government to show their friendship now.