UQISC sets a noble agenda for 2019 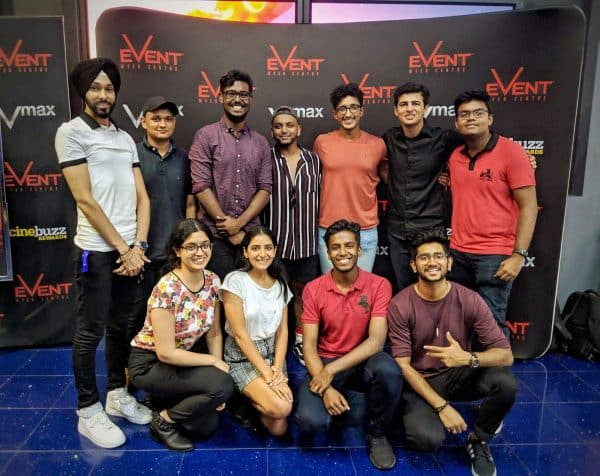 When 19-year-old Brisbane student Sahil Singh read about the terrorist attacks on CRPF personnel in Pulwama in mid-February, he knew he had to do something.
He discussed it with his friends at uni, and suggested fundraising for the bereaved.

“You can understand the effect it had on us: the paramilitary troopers were regular working people just doing their job… 46 families are now deeply affected,” Sahil told Indian Link.
Soon a plan was put it into place, and the University of Queensland Indian Students Club (UQISC), of which Sahil is Treasurer, was talking to Event Cinemas.
Days later, the students were watching the Hindi film Uri in a 300-seat theatre, filled to capacity.
Proceeds from the screening, nearly 120,000 INR, have now been donated to the Government of India’s Bharat Ke Veer (India’s Bravehearts) program, via their website.

“The response was overwhelming,” a beaming Sahil, third year law and commerce student, revealed. “Not only students, but also members of the wider Indian community, rocked up to support us. Attendees lit candles in tribute to the fallen.”
He added, “It’s a great achievement for us as students to have pulled off such a large event.”
Siddharth Sree, President UQISC and third year electrical engineering and IT student, said, “The horrific incident touched our hearts. We felt it was – not so much our patriotic duty but our humanitarian duty – to extend help to the affected families.”

The Indian students association at UQ began the year with a vision: to fundraise for worthwhile causes in the community, both in India as well as here in our own backyard.
Film screenings at affordable prices looks set to become their modus operandi.
Sahil explained, “We’ve negotiated a non-standard agreement whereby we are able to bulk purchase movie tickets at a lower cost. What this means, is that while normally a standard movie ticket for a new movie may be $20, we are able to offer a $6.95 early entry ticket and still have proceeds to pass on to a cause. Our power to bargain with Event Cinemas regarding cost is linked to how many people are able to support us at screenings.”

Aside from the fundraising, the intention is to pick meaningful films that have powerful messages. With their first screening, they were able to retell the story of the 2016 Uri attack, and the sacrifice of the soldiers involved there.
Their next event, a screening of the Akshay Kumar starrer Kesari, will raise funds for mental health programs here in Australia.

If you wish to support UQISC as a student-led non-profit association, head to their Facebook page www.facebook.com/UQISC/