A quick look at the Diwali celebrations across Sydney this year. NISHA CHAMAN reports 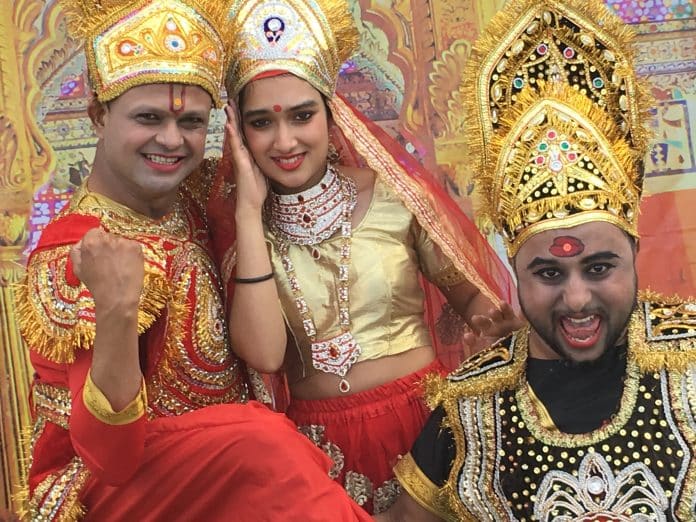 Reading Time: 2 minutesBlacktown mela: Arty crafty Diwali
There’s much to get creative about at Diwali – rangolis, diyas, torans, candlescapes.
If you are craftily inclined, you would have loved Blacktown’s Diwali mela, which could in all probability have been called a ‘Diwali craft mela’. Handmade candles, soaps, decorations and other attractions were in abundance, perfect for those looking to buy Diwali pressies for friends and for adornments for the home. Hobby artists showcased their stuff, and fashion and jewellery stalls beckoned.

In many ways, Bikram Cheema’s Blacktown Diwali fair was perfectly timed, as the first event in the big-mela scene. Held much in advance of the actual day, there was plenty there for those looking for bargains in the lead up to the festival, in terms of lifestyle and food choices. Is this one of the reasons for its success?
Yes it definitely was a success, given the professional manner in which it was held. Nicely done, Star Event Productions.
Mind you, it didn’t look like it would even take off early in the day, as the rains lashed down and sludged up the grounds at Blacktown Showgrounds. Stall holders fretted about their day in the rain, but Cheema held his ground, saying the show would go on regardless. And indeed it appears he took the right decision, as the sun soon came out, bringing with it some much-needed Diwali cheer. The crowds thronged in, and made a beeline for the food stalls where the bhaturas and the jalebis warmed up the soul and the skin.
Photo ops with the mythical creatures of the season – Ram Sita and Raavan – were hugely popular, and the actors’ hamming went up several notches as the day progressed.
On stage, the drawcard was definitely the dance contest, which attracted the big names in the dance-school scene this year.
For a one-man show, Blacktown’s Diwali was a beautifully orchestrated event. Overall, we come to the same conclusion as we did last year: it was pretty highly Punjabi-influenced, but such is the Punjabi bonhomie, that it sucks everybody in.
See pictures from other celebrations/melas across Sydney
CIA’s Little India Fair
FIAN Diwali mela
AHIA Diwali
Deepavali Milan
South Sydney Diwali bash
Deepavali at Church
HCA Diwali
- Advertisement -
Share
WhatsApp
Facebook
Twitter
Linkedin
Previous articleDiwali scenes across Sydney: FIAN mela
Next articleDiwali scenes across Sydney: AHIA celebrations