Temples and pagodas, French memoirs, markets … and reliving the horrors of war 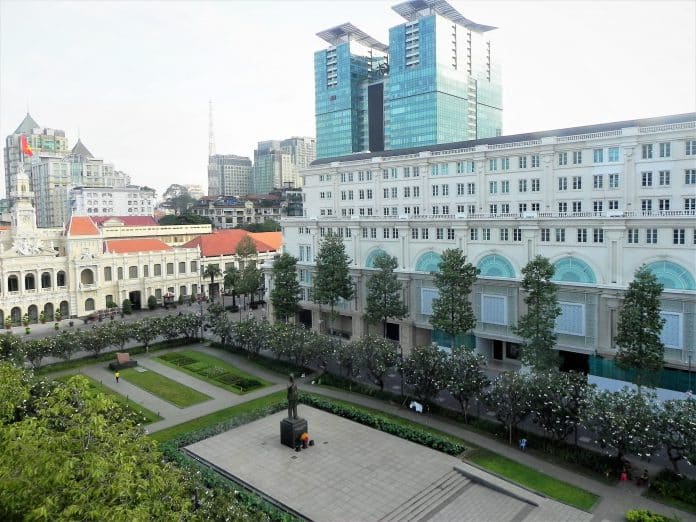 The spirit of the French, who lived there for almost a century, is still encapsulated in the city’s passion for baguettes, coffee, champagne and series of pastel-hued buildings like the Norte Dame Cathedral, Main Post Office, Opera House and Hotel de Ville which appear like pieces directly shipped from France. Most of them are clustered around the Lam Son Square and Dong Khoi Area from where the city’s repute as ‘Paris of the East’ emerged.
Experience the horrors of war

The infamous Vietnam War which ended in 1975 still haunts many around the globe. The artefacts at the War Remnants Museum such as military equipment, documents and explicit photographs, show modern generation dreads of the war while a trip to Cu Chi tunnels outside city boundaries demonstrate the creative survival techniques of the guerrilla soldiers.
Enjoy the essence of victory
Going through the corridors of the Reunification Palace always generates a feeling of triumph as it was here on 30 April 1975, the communist North Vietnam troops crashed in to mark the reunification with South Vietnam which since 1954 remained as separate sovereignty with support from America.
Learn more about Vietnam

Visit three museums: History Museum to learn more about the nation’s past dated from the Khmer era, Ho Chi Minh City Museum for understanding the city’s background during its different phases and Ho Chi Minh Museum to salute the life of national hero Ho Chi Minh.
Visit temples and pagodas

The pagodas and temples around the city are an imposing sight for travellers. 18th century built Giac Lam Pagoda is the oldest while Jade Emperor Pagoda is the most visited. The city boasts of a Hindu Shrine too – Mariamman Temple – frequented by the local Vietnamese and Chinese as well.
Admire the bird’s eye vista
Many do this first to get their bearings right about the cityscape. There are many locations which offer a spectacular view of the city below. The best is from the Saigon Skydeck at the 49th floor of the 262m tall Bitexco Financial Tower, one of the nation’s iconic landmark buildings.
Haggle with the price at timeworn markets

Ho Chi Minh boasts of several glitzy shopping malls and trendy shops to offer sumptuous retail therapy. However, the fun is to spend time at timeworn indoor bazaars like the century-old Ben Thanh Market, which stocks everything from clothes, electronics and shoes to local handicrafts. Bargaining with the price is the thrilling part of the whole experience.
Indulge with exotic cuisine
Vietnam is a haven for foodies and the city brags of many fine dining restaurants like Vietnamese House, owned by celebrated Australian-Vietnamese chef Luke Ngyuen. But locals say the tastiest food is often savoured at the street stalls decorated with plastic chairs and knee-high tables. The most common dish is ‘pho’ which is a bowl of steaming noodle soup mixed with vegetables and beef or chicken.
Cruise along the waterways
Offered by many tour operators, a boat trip on the Saigon River illustrates the diversity of lifestyles surrounding this busy metropolis. The evening dinner cruise showcase how spectacularly the skyline dazzles at night.

Sights from around Ho Chi Minh
1 of 6

May sound a bit unusual, but the red flag city is full of bars that become high-octane after sundown. Popular ones are at the rooftop of French-built hotels, Caravelle, Majestic ad Rex where locals and visitors enjoy the view of the illuminated city below with a cold beer in hand.
Travel Tips
Getting there Vietnam Airlines (www.vietnamairlines.com) fly direct from Sydney and Melbourne to Ho Chi Minh Stay Historic Rex Hotel (www.rexhotelsaigon.com), located close to all attractions. Ground assistance Vietravel (www.vietravel.com)
- Advertisement -
Share
WhatsApp
Facebook
Twitter
Linkedin
Previous articleThe 'New India' we seek
Next articleNever ask your kids 'Why?'