Inderjit Singh of Sydney is honoured with the OAM for his service to the international community through eye care programs. 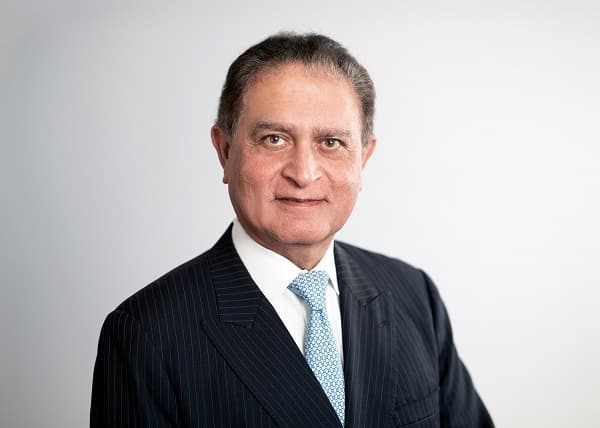 So says Inderjit (Indy) Singh, Sydney-based entrepreneur and philanthropist, who has done exemplary work with his charitable foundation Vision Beyond Aus.

“For the poor and blind, life is not worth living,” he told Indian Link. “Family members go out to work leaving them alone, with no one to help them with their most basic needs. The effects blindness can have on children in this section of society, girls in particular, is even more heartbreaking.”

Some 38,000 people have had their lives turned around thanks to Vision Beyond Aus, although its founder Indy has his aim set firmly at 100,000.

Indy has been honoured in the Australia Day Awards this year for his charitable work in eye care.

“I was first introduced to the idea by close friends Drs Jay Chandra and Shailja Chandra,” Indy recounted. “As an ophthalmologist, Jay was running eye care programs among the needy in different parts of the world that Shailja helped organise. It was very inspiring. Later at the Rotary Club of Sydney, I was able to take this up myself in a major way, and set up the foundation in 2011.”

No doubt the legendary Fred Hollows an inspiration too.

“Yes most definitely, but we go where Fred doesn’t always go –and our model is different. I raise the finds here, and we work in association with local hospitals and doctors. I’ve realised that local knowledge and expertise is vital to our program.”

The initiative has been taken to cities across India, Nepal, Myanmar and Cambodia, and plans are afoot for Ethiopia next.

“Nepal has been particularly welcoming and our program has been most successful there,” Indy revealed. “We’ve now started screening schoolkids in rural areas – 6000 screenings were performed last year alone. Our free gift of two notebooks each to the kids with the large kangaroo design on the front probably helped bring the kids in!”

As well, said Indy, when the doctors in the program come to Australia to present at conferences here, such as a brilliant young doctor from Ayodhya recently, it is enriching for them too in a whole new way.

There are many tales that Indy can tell from his work with Vision Beyond Aus. In one, a doctor told a recovering patient in southern India that funds from Australia had helped her to see. She replied, “I don’t know where Australia is, but God must live there.”

Indy Singh is well-known in the financial services industry in Australia as Founder and Executive Chairman of the Fiducian Group. Last year he was recognised by the Money Management magazine with a Lifetime Achievement Award.

A Lucknow lad, Indy was educated at the prestigious Doon School and then IIT.

“My family owned a steel rolling mill and a transport business,” he revealed. “But I had different aspirations from the family, and from the business world in India then. I worked briefly in Mumbai and Kolkata, and then in Nigeria. My wife and I came here for a holiday and liked it so much we decided we must bring up our kids here. We moved here in 1984.”

Fiducian has been a particularly satisfying career highlight. “I was able to compete with the big banks and institutions and operate in a similar marketplace. In the end, it helped me to help humanity in my own small way.”

The seed for social justice though was planted at an impressionable age. “At Doon School, the boys were encouraged to get into remote communities, clean, build, teach, and serve in other ways. The students came from families of multimillionaires and maharajas, but we all did it. For me particularly, it set me on the path to humanitarian work.”

Indy hopes to use his OAM honour to motivate New Australians.

“I’d love to mentor young migrants from India. I’m quite impressed with those I have met, or worked with, in recent years. I’d love to be able to guide them towards helping those in need, and for them to know that if I can get this honour, then they can too.”

He continued, “I’d say to them, make a commitment to this country. Learn to love it. Put aside the ‘one foot here, one foot there’ feeling. Adopt this country as your home, without forgetting your origins.”