Sabar Rustomjee of Melbourne is honoured with the AM for her significant service to psychotherapy, and to community health. SIMMI SINGH reports 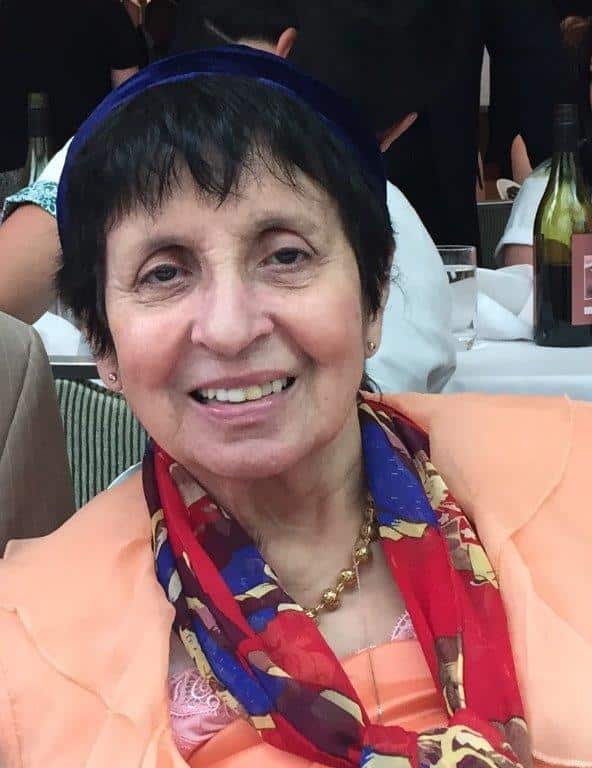 She has spent a lifetime listening to people’s stories with empathy, compassion and respect. In a career spanning over 50 years, Melbourne-based psychotherapist Dr. Sabar Rustomjee has helped people navigate some of the most challenging times in their lives. Dedicated to redefining possibilities and improving lives, she is a proud recipient of the AM honour this Australia Day.

Speaking with Indian Link Sabar detailed her life story. “I was born in Sri Lanka in a Parsi family of doctors. Even as a young child I knew I wanted to be a medical practitioner; I would wear my father’s stethoscope and parade around the house pretending to be a doctor. My father’s untimely illness caused the family to move to Mumbai, India for his treatment. I was only six years old when we lost him to cancer. My Indian mother raised my sister and I in Mumbai providing us the best education and upbringing despite struggling on a paltry pension.”

Sabar qualified, by scholarship, to enter the prestigious Grant Medical College graduated with honours in 1959 and became a medical practitioner. Soon after her internship she migrated to Sri Lanka to marry Dr. Piloo Rustomjee, a trainee surgeon. After a decade of working in Sri Lanka, followed by a stint in studying Pediatrics in Liverpool UK, Sabar moved to Shepparton in Victoria in 1969 with her family. She started working with the Mental Health Authority, Victoria, in March 1969. It was during that time that she was introduced to Individual and Group Psychotherapy by her ‘brilliant’ supervisor Dr. Tom Murray.

Profoundly influenced by Sigmund Freud and his theories Sabar continued to grow the breadth and depth of her knowledge by obtaining a Diploma of Psychological Medicine and Membership of the Royal Australian And New Zealand College of Psychiatry.

In 1986 she joined the Monash Medical Centre as Senior Lecturer in Psychiatry and Psychotherapy. Her work there included Liaison Psychiatry in the Renal Unit and in the Breast Cancer Group of Patients.

Recalling a career highlight, Sabar recounted her work with psychosis. “As part of my research I carried out a unique 22-month experiment in the treatment of first and second episode psychosis with 35 patients. The results were dramatic, curing all but one patient.”

Delighted to have received the Australia Day recognition Sabar shared with Indian Link her interpretations of Freudian concepts with stories of dream symbolism, the unconscious, fixations and defense mechanisms. She also dwelt on the highlights of her long and distinguished career.

Communicating hope and optimism formed a major part of Sabar’s professional life. She recalled a patient who was admitted to the Casualty Department at Monash wanting to commit suicide and jump to death along with her young son. With warmth and compassion Sabar was able to convince her patient that taking her own life was not the solution. Her creative approach to problem solving helped improve many lives.

Sabar has travelled the world extensively giving lectures on Group and Individual Psychotherapy, particularly in Japan, UK, USA, Italy, Greece, India and Spain. Her published works on subjects like Containment and Failures of Containment, Creativity of Social Dreaming, Solitude and Agony of Unbearable Shame, and working between Eastern and Western cultures have been well-received in professional circles.

Sabar has now retired but continues to contribute to her field in various ways. She is currently in the process of publishing her book on Analytic Psychotherapy titled From Contempt To Dignity.