Like the best literature festivals of the world, Adelaide’s JLF is as much a festival of ideas as it is about words 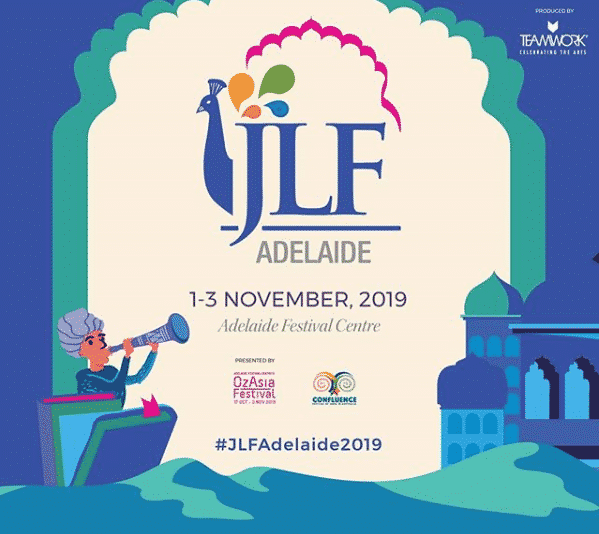 Scottish writer William Dalrymple traces his family back to Mughal princess Noorjehan, but also has some Brahmin blood in his veins.
*
Maori healers once told Indian actress Manisha Koirala she must direct ‘loving energy’ to her ovaries. This was way before doctors found she had advanced ovarian cancer.
*
As James Crabtree, British journalist, took a quick break while interviewing now-disgraced Indian businessman Vijay Mallya, he found a toilet made of pure gold.

There were plenty of interesting takeaways from this year’s Jaipur Literature Festival, held in Adelaide. Over an illuminating three days, I heard some fascinating writers, passionate about literature, read from or talk about their work, and got their books signed by them. A side note: It is amazing how Dalrymple, for instance, spends a few moments talking to you and then writes a personal note. I admit I went to learn more about the latest in Indian literature but discovered some enlightening discussions about Indian history going back to the earliest Indians, about the migration experience, death and dying, and many more.

Here’s a glimpse of the authors, books, and subjects that were discussed.

Tony Joseph: Early Indians: The story of our ancestors and where we came from

Journalist Tony Joseph taught us that India is an ancient land and a fraction of a skull of an unknown homo-species from 265,000 years has been found there by archaeologists along with stone tools from 1.5 million years. When migrants from Africa began to come 65,000 years ago, India was already robustly populated. India’s Indigenous communities, Joseph observed, probably carry a history in their genes dating back to Mohenjodaro 4,500 years ago.

William Dalrymple: Koh-i-Noor: History of the World’s Most Infamous Diamond

Fast forward a few millennia and India-based Scottish writer William Dalrymple regaled us with stories of Koh-i-noor. One of the largest cut diamonds in the world, the stone is believed to have come from the Kollur mines and today is part of the British crown jewels.

Dalrymple spoke of the legendary curse of the Koh-i-noor, tracing its history from about 2,500 years ago right up to the present day. There are at least eight countries that lay claim to the rock, he said.

He ended with a funny sketch of Indian tourists who yell out “Chor chor” as they moonwalk across the museum room where the Koh-i-noor is displayed.

That Dalrymple loves India is palpable in many a chance comment. He loves India as she should be loved – with all her beauty, noise, frenzy, dirt, traffic, history, food, and colours.

Shashi Tharoor: Inglorious Empire; Why I am a Hindu

Tharoor, one of the stars of the festivals, examined the colonial project in its broader scope and the remnants (‘ghosts’) of Empire.

Will India ever be rid of the colonial mindset?

“Colonising of the mind was what the British aimed at, but that is changing,” Tharoor said. “Of late (with) music, dance and arts, India has found its voice. There were just two or three writers in English in the ‘50s, but they were influenced by the British. In the ‘80s our literature came into its own, same as cinema and IT. Independent India built on its strengths and skills. Yet education needs to be shaken up a bit, and we need to absorb more from our ancient texts like Mahabharata and Ramayana.”

The British caused no dent in Hinduism, though, which continues to thrive. “The strength of Hinduism is its multi-theism,” Tharoor observed. “It says, ‘this is what I follow, and you are welcome to follow what you want to,’ which works so well in this day and age.”

He also had wonderful things to say to Vinaya Rai and me about NRIs like us, expressing admiration that diasporic Indians everywhere work hard, and are successful, happy and prosperous.

Ever the wordsmith, he joked that he used to call NRIs either Not Really Indian or Never Relinquished India, but now he calls them the National Reserve of India!

Moving on to contemporary times, and to a ‘raj’ of a different kind, journalist James Crabtree spoke of India’s nouveau riche. He compared the billionaires of India to the New York-Boston liberal elite, calling them, ‘corrupt and unscrupulous in cahoots with politicians’.

The Ambanis’ Shakespearean kind of family feud; Mukesh Ambani and his billion-dollar home; Vijay Mallya’s six houses in the UK and a castle in Scotland, and the Tatas  –  all got a mention.

Regardless, the current scenario, it was concluded, was one of hope and positive vibes.

Manisha Koirala: Healed: How Cancer Gave Me a New Life

Interesting that many prominent members of the community, notably men, emerged just for this one event.

The spell the Ilu Ilu lass had first cast in Saudagar in 1991, aged 21, had people in its thrall even now.

Although we did get to see generous splashes of that Bollywood glamour, Manisha was here to talk about her journey through debilitating cancer, and coming out the other side a stronger human being.

We were glad to hear she is back at work in films, and even aced Everest base camp recently.

It’s taken Roanna Gonsalves (The Permanent Resident) 21 years to shed the Australia story she knew before migrating, and to understand and accept the truth of the cities built on the backs of dispossessed Indigenous people. She spoke with conviction and from a deep personal truth, her eyes reflecting honesty.

Shameem Black of ANU spoke about her recent work on yoga in an increasingly globalised world.

The migrant experience, the initial shakiness, the finding of one’s ground and power in a new land and cultural milieu, and the subsequent unfurling of a complicated new life rich with diversity is what came through.

Acceptance, on the other hand, is what is required from both parties. I agree with the sentiment wholeheartedly.

Most people, Dr Ranjana Srivastava said, think of two things when they think of death: dignity, and what legacy they are going to leave behind.

She should know, after all, she has spent more than two decades as an oncologist caring for people in their final stages of life.

She shared her observations and advice on leading a meaningful life and finding dignity and composure when it is time to go.

To die well, we must be prepared to contemplate our mortality and to broach it with our loved ones, who are often called upon to make crucial decisions on our behalf. These are some of the most important conversations we can have with each other – to find peace, kindness and gratitude for what has gone before, and acceptance of what is to come.

Equanimity, Dr Srivastava said, is essential. The unshakeable core has to stay active, making choices and decisions for oneself until possible.

The empathy and subtle understanding of the human condition was heartening: may her tribe increase.

Arundhati Subramaniam: Love Without a Story

Writer Arundhati Subramaniam’s stolid earthy voice as she recited poetry will stay with me for a long time – especially in her work on ‘mitti’ (mud).

When a leading Indian daily asked her to write a poem on ‘mitti’, she thought they wanted a piece on ‘chest-thumping patriotism’. When she understood that wasn’t the case, she wrote this:

I figured that the moon was a likely mud-gazer,
just as we are moon-gazers!
and so I uncovered
the old role of poets –
to be messengers
between moon and mud
and the great longing of life to hold
and be held.

Read also: Gandhi, a never-ending inspiration in the world of literature