Did the Adani story on Four Corners have anything to do with the refusal of visa? 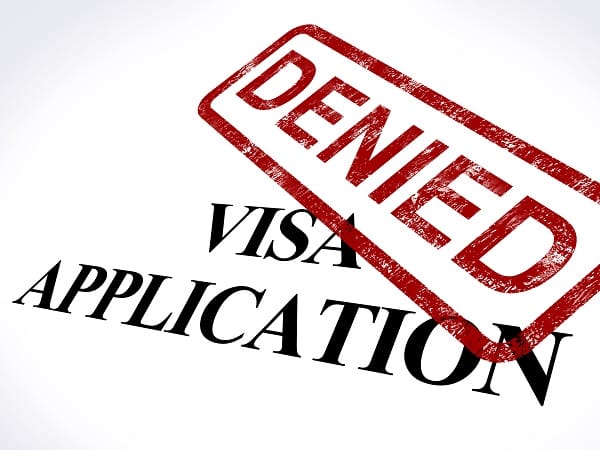 Reading Time: 8 minutesThe Indian government’s recent refusal to grant visas to a team of journalists from ABC Radio is being seen as a blow to the freedom of press in the world’s largest democracy.
Senior radio presenter Phillip Adams AO, who has hosted Late Night Live (LNL) for decades, and Indian-born journalist Amruta Slee were among the journalists who were denied entry into India for a week-long trip. The journalists say they had been planning the trip for over a year. No reason for the visa refusal was provided – although Indian authorities are not bound to provide one.

THE ADANI LINK?
There has been, however, strong speculation that the visa refusal is a fallout from a report by ABC’s Four Corners program on the Adani Group’s alleged environmental and corporate malfeasance. The Four Corners team had travelled to India in October 2017, and had claimed that ‘while attempting to film and gather information about Adani’s operations, (the team) had their cameras shut down, their footage deleted and were questioned for hours by police. The team were left in no doubt that their investigations into the Indian company triggered the police action.’
The Adani Group is a corporate colossus in India and it’s no secret that its head, Gautam Adani, is on very friendly terms with Prime Minister Narendra Modi.
Slee – a producer at Late Night Live and the one who set up the India trip, the interviews and applied for the visas – suggested the Adani link in an article – titled “‘It’s About Adani’: Did India deny me a journalist’s visa because of a story?” – days after the visas were refused. A cryptic explanation then came by way of a tweet by the Indian Consulate in Sydney. “Delay in issuing visas to ABC news team has nothing to do with the issues mentioned in this article. ABC news journalists voilated (sic) Indian visa rules recently by engaging in activities which were not declared at the time of applying their visas,” it said. Replying to the tweet, Slee asked for elaboration. “Dear CGI please explain who violated what and how this contradicts what I wrote?” she said. She didn’t get a response.


Likewise, the Consulate did not respond to Indian Link’s emails, phone calls or text messages seeking comment and elaboration. A request for comment to the Indian High Commission in Canberra was also diverted to the Consulate General of Sydney.
The silence of the Indian authorities on the issue raises further questions of whether there is more to the refusal of the visas than meets the eye.
OUTRAGE ON SOCIAL MEDIA
Of course, the ABC team, smarting from the snub, took to social media to express its displeasure. Adams was the most vocal with a series of tweets. Here are a few:
HOW IT ALL UNFOLDED
In an interview with Indian Link, Slee detailed the sequence of events. “We initially went in to apply for visas in late October but were told by VFS Global, an agency that manages administrative and non-judgmental tasks related to visa, passport, identity management and other citizen services, that it was better to come back as late as January because the clock would start ticking the minute we got them – we were worried about leaving it that late so we went back to submit our applications on 21 December. Our flights were booked for 1 Feb,” she said.
Here’s an extract from her article about what happened next:
“We waited. And waited. Jokes were made about bureaucracy.
“I called the Sydney visa office to check where they were up to and found their helpline was outsourced to somewhere in India and no-one there had a clue about what was happening back here. More jokes. Then anxiety crept in.
“I called DFAT, who had given us the grant, to ask if they knew what the hold-up was. I called friends who were old India hands, people who worked at embassies, journalists who might have a contact. I sent countless emails, I called Julie Bishop’s office, I called Delhi.”

“Reassurances flowed – this was “always the way”, the consulate “often waits until the last moment.” But that last moment was a fortnight away, a week away. Then, with days to go, a highly placed government source admitted there was a problem: “It’s about the Adani story.””

- Advertisement -
This was an obvious reference to the Four Corners investigation into the Adani Group. But the point is, this ABC team hadn’t even planned to do a story on Adani. Slee emphatically said, “We were not going to cover Adani.”
She added that the purpose of the trip was to look at the country from a variety of standpoints. “My idea for the trip was that western media continues to represent India one-dimensionally. I wanted to talk to people about the challenges the country faces politically societally, environmentally. We were going to speak to a wide cross section of prominent people – journalists, architects, ecologists, satirists, artists – to give listeners a deeper insight into a country I think most Australians have little insight into.”
Slee says the team supplied a list of stories and guests in our visa documents as requested. “We were travelling on a grant from DFAT’s Australia India Council so I had already done an extensive program breakdown which had been forwarded and approved by DFAT here to the embassy in Delhi.”
Slee claims she was not asked to sign any agreement. “48 hours from when we were due to leave, I was asked to re-submit a list of stories and guests to DFAT and to the Australian ambassador (to India) Ms Harinder Sidhu – I did that.”
At that point, says Slee, she was asked by DFAT if someone could accompany us on our stories. There was no suggestion this was a visa requirement, and it was not formally brought up by anyone at the embassies, consulate or visa offices who she had spoken to.
“I do accept that some countries insist on officials being in on interview processes. India is a secular democracy and as such has a commitment to free press,” she says.
“Some 24 hours before we were due to get on a flight, we were advised to postpone our flights. When we asked for how long there was no response. When my EP (executive producer) Gail Boserio managed to get a number for the consulate she was told the person in charge was in a meeting and would get back to us. We’ve never heard from the consulate.”
MORE QUESTIONS THAN ANSWERS
The silence from the Indian authorities is deafening. At a time when dissenting journalistic voices within India have been trolled and even threatened into submission, the refusal of visas to the ABC team lends further credence to the theory that censorship is rising in mainstream Indian media. This also reflected in the latest World Press Freedom Index 2017 in which India slipped three places to the 136th rank out of 180 countries.
If indeed there were visa rules violations by the Four Corners team last year, an official explanation would have ensured that all speculation was scotched. As things stand now, India’s response, or lack of it, raises more questions than answers.
No wonder then that it has come under criticism. Ramachandra Guha, a well-regarded political commentator in India, wrote a scathing piece about it in Hindustan Times. “Why was Phillip Adams not allowed by our Government to visit India? He is not a drug smuggler, terrorist, or tax evader; on the other hand, he is a venerated public figure in a country that is a democracy like ours, a country with which we have close ties,” he wrote, adding that a senior ABC producer told him it ‘does seem like payback for the Four Corners program last year on Adani and Australia.’
On Adams’ Twitter feed as well, discontent was apparent. Andrew Garton, a Twitter user from Australia, added to the debate with this: “I was recently in India, a guest of the Oz High Comm, to launch my film at the Chennal Intl Film Fest. A film about internet impact in India. Was warned by a regulator that my film must not critique govt. Even local journos sensitive to issues raised during interviews.”

And Anubhav Bhargava‏ (@anubhavsb) wrote in from India:“As a citizen of the world’s largest democracy, I regret my government’s denial of visa to you and your team sir. We are sorry. And I hope this mistake gets rectified immediately.”
Meanwhile, Guha summed up, “I hope the speculation (of payback for Adani) is untrue. For otherwise it would reflect very badly on the Ministry of External Affairs… In any case, it cannot be the job of our Government to carry on a vendetta on behalf of a private company.”
JOURNALIST VISA TO INDIA

THE STORY SO FAR