One has the choice of letting the networking site discourage and destroy, or inspire and initiate 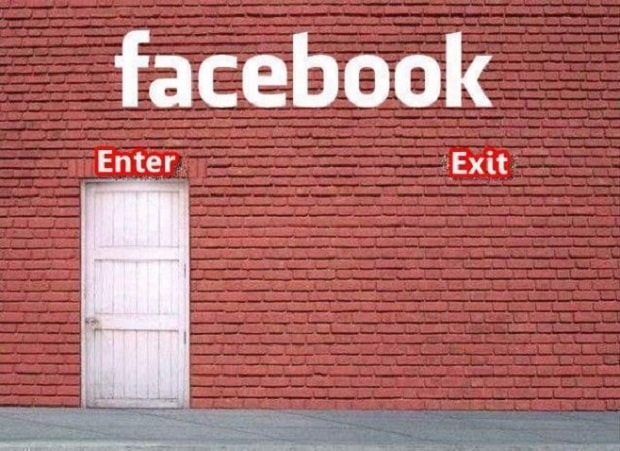 Antoine de Saint-Exupéry’s The Little Prince has always represented for me the need to find what you are passionate about and invest in that love and passion to make your life worth living. A year that was started by me with so much fervour and passion has dwindled to an apathetic state from which I needed respite. But now I seem to have gotten it from the unlikeliest of sources – Facebook. Generally, I dislike this social networking site and here’s why.

1. It’s killing privacy. There is no such thing as the public and private sphere anymore. At a global level the CIA use it to ‘do their thing’ (YouTube CIA and Facebook). At a local level, every ‘aunty’ and ‘uncle’ is now on Facebook and wants to be your friend. And at a personal level, we are all now at risk of oversharing and becoming the annoying people we like to whinge about.

2. It’s bad for the economy. When one person (Mark Zuckerberg) earns a record $2.3billion a year and more than half the world is dying of hunger, poverty, warfare or all three at once, it really makes you wonder at how your tacit involvement is helping this world go to ruin. It’s easy to dismiss your contribution as minute, but it is our collective minute contributions that are widening that gap between the rich and the poor, and creating a discrepancy in the division of wealth in society, a precursor to many of the issues plaguing society at large.

3. It’s a waste of time. A study found that more than a third of women check Facebook first thing in the morning. We check the site several times a day, in the middle of the night, even before we go to the bathroom in the mornings. What could possibly be happening that you are missing out on that is more important than your time to live your life yourself, rather than living vicariously through the Facebook status updates of others?

4. It causes depression. Facebook users are more and more lonely. Studies find that people are depressed by the ‘Facebook world’ of their friends which show that their world is unicorns and rainbows, and leads to the inevitable comparison with one’s own life. Those carefully filtered, poised and cropped pictures hide the rain that came before the rainbow, and the crap that the unicorn leaves behind. It creates a sense of rejection, despondency and fear in us that we would otherwise not experience, had we a more rounded insight into the lives of those we ‘befriend’. Facebook allows us to ‘befriend’ more than we would ever do in person, and the larger our circle of ‘friends’ becomes, the more at risk we are to falling off the proverbial Facebook cliff. We become like the lemming looking for the pot of gold in the form of that perfect Facebook status update to outdo all the ones in our newsfeed.

That’s is why I dislike Facebook. But recently I went onto the site and my newsfeed educated me. It inspired me. It made me shake off my cloak of apathy and put on the cloak I always wanted to wear – the one that will let me save the world. I don’t open Facebook to read news, I have my news apps for that, but almost every second post on my newsfeed today had me moving from the couch potato position in my brain and realising that the time to act is now! A recent study shows that 78% of Facebook users get news on the social network while they are there for other purposes, such as catching up with friends or sharing photos.

While Facebook has its shortcomings, it is a tool that can be used to great benefit, should I chose to do so. Beyond my choices of deactivating my Facebook account and living in ignorance of the great wealth of information out there, or immersing myself so wholly in living through the status updates of my friends, that my own life passes me by… but there is a third option in which I recognise the tool for its capabilities and use it only in a way that is useful to me. Facebook has now evolved from merely a stream of what my friends had for lunch and their outfits of the day, to a stream of updates on life, education, world events, politics, charity and education so that when I am on the site, I am inspired to shake off the apathy and make a change.

But how does reading articles linked on Facebook and ‘sharing’ them with friends catalyse change in the real world? One’s search for answers can be more important than the answers themselves. Go on that journey to find what you are passionate about and articulate it, pursue it, paint it into your reality and onto your Facebook page – so that one day we actualise our longing for the meaning of life by filling that hole in our hearts with love and contentment. Enjoy the journey, for sometimes it is far more telling than the answer waiting at the end.

A message from Victor Dominello for Deepavali