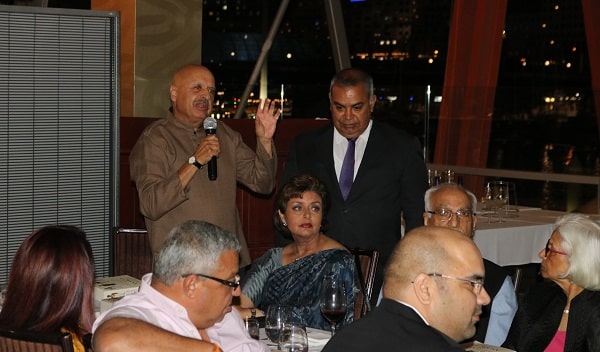 Teddy Mehta: William, I’ll drag you into the current age. You wrote once about the shrinking of the British Empire. Is Brexit the last chapter of the shrinkage? Do you think the Empire is finished?

William Dalrymple: Long finished, obviously. I mean, what’s finished probably in the last three years, is the United Kingdom. I’m Scottish. I voted for the union when we had the last Scottish referendum. If we have a Brexit England, which is anti-Europe, insular, belligerent and ignorant, it’s not just the Scots who are going to vote themselves out. It’s the Irish and the Welsh, too. And people forget Britain is a very recent concept, 1707.

I would imagine at the moment that we’ll see the break-up of the United Kingdom within the next decade and that Scotland will probably remain in Europe. I certainly hope to have a European passport again before too long.

Pawan Luthra: What are your thoughts on contemporary India?

William Dalrymple: I’m a great optimist in terms of economics. It seems to me that everything has to go wrong in order to stop India from becoming the next great economy. Wherever they go in the world, Indians succeed there.

As soon as they’re let out of India, they will rise to the top. We now currently have Sajjid Javid and Preeti Patel as our home minister and foreign minister in Britain. And this has happened in a generation. In Canada, a Sikh is now the deputy prime minister under Trudeau.

The people of India are hardworking. They have incredible resources. And India will be the second economic power in the world, I’m quite sure, by the time I die. I’m not a fan of this government, though. What’s happening in Kashmir will undermine India, is my personal view. I think there are some very dangerous things going on with the Indian press and the silencing of the opposition and the absence, frankly, of an opposition.

That’s not Modi’s fault, the fact that the Congress Party has disintegrated. Currently, I think it’s very worrying. I hope that out of this, a new opposition will emerge, giving India the two-party system it needs.

But despite all that, I cannot see a future where India cannot succeed. I think its success is assured unless something terrible happens. My big fear is that by focussing so much belligerence on Pakistan, by all this action in Assam, disenfranchising a million Assamese Muslims, the whole action in Kashmir and so on, India will forget the far greater threat that China poses. China at the moment is much richer, much more economically and militarily advanced than India.

My fear is that we’ll see another 1962 and that Modi could suffer, ironically, the fate of his least favourite politician Nehru. Yet India remains amazingly blind to the threat that China poses to it, by focussing all its anger on Pakistan, which is a very minor player in the world stage. There were points in the first decade of the century when the Indian economy was growing every year by the size of the Pakistani economy. It’s that level of disproportion.

I think India needs to refocus its anxieties much more on China and the String of Pearls, the deepwater ports and Trincomalee and Gwadar and elsewhere because I think China is the force that India will ultimately have to reckon with in the next 20 or 30 years. It’s the relationship between these two powers that will determine the future of this planet.