‘Company’ Raj vs the British Raj 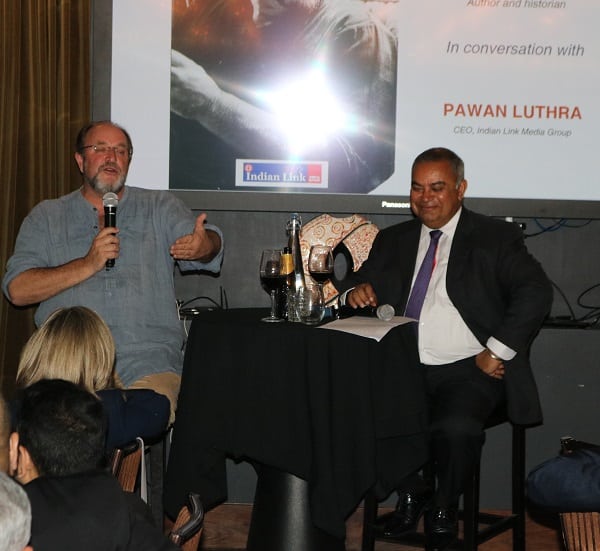 Pawan Luthra: What role did the British Raj (government) play in the rise and fall of the East India Company?

William Dalrymple: Up to 1774, Parliament has been very thrilled with the company because it’s a very safe investment. A quarter of Parliamentarians have shares in the East India Company growing too, I think, 40 per cent by 1770. The only resentment felt against the Company is not about the plunder and immorality of its actions in India, it’s more to do with the fact that people are jealous of these Nabobs coming back.

These men are coming back aged 35, buying up parliamentary seats, buying up big country houses around Britain. There is social resentment against these young men, swaggering, throwing money around, breaking social convention. They are often from fairly humble backgrounds, but now they’re the new rich. So the initial opposition to the Company is more social and snobbery than outrage about human rights or anything else.

By 1770, there is genuine outrage at everything. The Company is bankrupt and yet at the same time, the dividends have never been higher in terms of the amount of money being remitted from India to Britain.

I think the same year that a million Bengalis die, 1772, 15 million pounds is remitted back, in that day’s currency. So what had been seen to be a very good thing for Britain, had been the country’s leading employer, had been the largest payer of tax and customs revenue, suddenly came to be seen as this monstrous, violent force that was somehow involving the country in war crimes and murdering. Horace Walpole (writer, historian and politician) writes in his diary, “This time, we have outdone the Spanish and the Portuguese in Mexico. They at least had the excuse of faith. We have done this for profit.” So suddenly the country wakes up to what’s going on. And by 1857, the whole thing is nationalised and becomes the Raj.

There are two very different periods of history when you’re dealing with the British in India. One, that has remained in the public eye: it is Kipling, Queen Victoria, Merchant Ivory films, smiling Maharajas, all that stuff. But that period is only 1858 to 1947, only 90 years.

A bit below the waterline, which we rarely see if ever in movies, is the Company period. In Indian popular culture, there’s Satyajit Ray, The Chess Players (Shatranj Ke Khilari) and Junoon about this period.

There are different pros and cons. The Company period is more exploitative, asset stripping, more plunder, more loot, and yet at the same time it’s more collaborative. The Company intermarries – a third of British men in India marry Indian women. Most Indian most company businessmen will have Indian partners, whether it’s in the indigo trade or the opium trade. (A lot of the opium trade is in the hands of Parsis out of Bombay, for example.

I was actually in the headquarters of Jardine Matheson in Hong Kong giving this talk two nights ago, Jardine Matheson being the private company which in a sense replaced the Company in the eighteen sixties as the centre of the opium trade. At the top of the stairs in the penthouse where I was giving this talk, is this huge, massive portrait of Jamshedji Jeejibhoy, who is the JJ of the JJ School of Art and the JJ Hospitals, and this whole variety of philanthropic organisations. That money came from the opium trade.)

The Raj, which follows it, post-1857, is slightly different in that it has all this rhetoric about bringing Western civilisation to Asia, rescuing the poor benighted natives from Hinduism and all the things that Victorians disapprove of. And they are very racist. They have the all-White clubs, ‘No dogs and Indians allowed’ etc.

That’s the way of the Raj. And yet in order to back up their rhetoric of civilisational mission, they build hospitals, universities, communications. So in 1947, when Britain leaves India with only 7 per cent of world GDP rather than 43 per cent or whatever it was at the peak, it nonetheless leaves India with the best communications in Asia. The best education system in Asia. And the best health system in Asia. And for the first 20 years of Indian independence, if you’re in Singapore, Malaysia, you will send your kids to Delhi to be educated. It’s only with the rise of South-East Asia in the ‘60s and ‘70s that that ceases.

You know, I don’t know which is worse or better. You don’t particularly want to be an Indian under either, but they are different in their iniquities. The collaborative plunder of the Company or the racist civilisation mission of the Raj. But what is certainly the case is that we remember the Raj. We’ve forgotten this period when India most improbably was conquered by a single London business.

But if you were to look for one positive thing from the Company, what it does do and what in a sense is its greatest legacy, ironically, is it unites India, and it creates a united Indian army. While India has been a geographical, cultural, spiritual space for millennia, it is never until this period a united political space. Not with Ashoka, not with the Guptas, not with the Delhi Sultans, not with the Cholas, not with the Mughals.

It’s the Company that first unites this area. And the army it founds is still the basis of the modern Indian army. Regiments like Skinners Horse and Gardeners Horse still exist to this day; the officer’s mess is filled with cups and trophies and pictures of this period. And so if you were to look for one bright outcome from this far from elevating story of loot and plunder, it is that, ironically, India becomes united politically for the first time through this horrible process.