How an orphan boy from Calcutta became a well-known Tasmanian in the early 1900s. 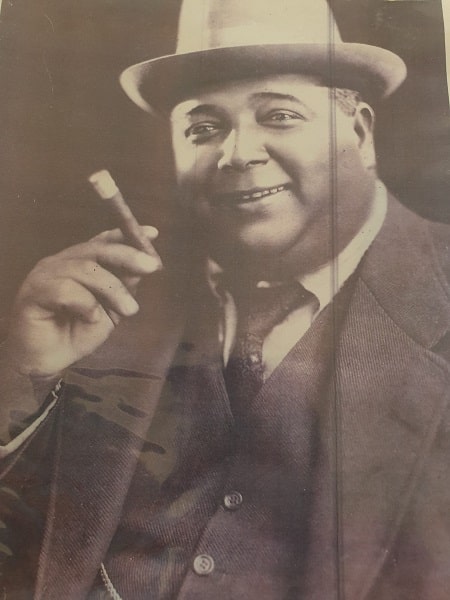 Curiosity got the better of me and I started to dig into Chokey’s story on return.

Thanks to the internet and genealogical websites, I was be able to trace and speak with ex-General Manager Peter Derkley, who had painstakingly put the file together, as well as Chokey’s descendants – Tania Oakley, great grand-daughter; Sheryl Dorrington, grand-daughter; and Kay Hendley, the grand-daughter of Jules Joubert, the man who brought Chokey from India to Australia.

Peter says he was intrigued by how Chokey, apparently an orphan boy, came to be a well-established gentleman in Tasmania. There is no available information about Chokey’s background, but what is known is that the young boy landed in Australia with Jules Joubert, a well-known figure in Australian history. Jules was the first chairman of the Hunters Hill Council in Sydney and was instrumental in building many of the old stone houses one sees around this posh suburb today.

Later he turned to organising exhibitions the world over, earning himself the title of “Exhibition wallah” in India when he organised a year-long international exhibition in Calcutta in 1882-83, an indication of intercultural transactions between India and Australia over 100 years ago.

Jules wrote a travelogue of his journeys over the years in the book Shavings and scrapings from many parts, probably the first Australian to have produced such a perceptive narrative of India. He doesn’t mention his family or Chokey in his book, but it is widely believed by both sides of the family that it was in Calcutta that Jules found Chokey, a young boy of nine then.

Was Chokey a stowaway on the ship in which Jules returned to Australia? Was he Jules’ love-child in India during his earlier travels? Did Chokey run away from home and befriend Jules at the exhibition? No one knows for sure. Chokey’s name is mentioned as Chokra, Chokria, Chokey and Charles in various documents and newspaper accounts. ‘Chokra’ means ‘boy’ in Hindi, so was this just a generic term used by others to beckon him? All these questions will probably remain unanswered unless Chokey himself left a memoir that is not yet discovered.

Jules’ granddaughter Kay says that by her family accounts, Chokey grew up as one of Jules’ own in his large family with wife and ten children on return from India. They lived in a house called Moocooboolah on Alexandra Street, Hunters Hill.

In 1891, Jules and Chokey arrived in Tasmania to organise exhibitions at Launceston and Hobart, with news reports of the time calling Chokey “Joubert’s Indian valet”. Chokey stayed back in Tasmania, perhaps having met his wife Ada by then and ready to start his own life. He became a provedore of steamships that plied on the channel between mainland Australia and Tasmania.

In 1906, Chokey Nuroo bought a property which was a sanatorium at Eaglehawk Neck and re-opened it as a licensed hotel called the Lufra. From all accounts, he became a much-loved character in Eaglehawk Neck.

Some interesting facts about his life have been unearthed from old newspapers and records. Throughout his years at Eaglehawk Neck, Chokey diligently provided rainfall updates to the Bureau of Meteorology. In his later years, when he was a well-respected Tasmanian; he lobbied for a bridge to connect the eastern and western shores of the city of Hobart. According to his granddaughter Sheryl, there were stories in the family about Chokey doing business with just a handshake.

When he died on 5 February 1941 at the age of 66, Chokey Nuroo’s service at the crematorium at Cornelian Bay was packed. His ashes were interred at Clyde Island off the coast of Pirates Bay, where a plaque still stands. He was survived by his wife, four daughters and three sons.  His wife continued to run the Lufra Hotel for another few years before selling it to Reg Ansett.

Uncovered almost by accident at the Lufra Hotel, it was fascinating to explore the stories of chokra Nuroo, a rare Indian who made it big in Australia over 100 years ago, from his unknown beginnings in Calcutta.