8 Indian shows and movies to watch in April 2021

Which upcoming releases are you eagerly awaiting? 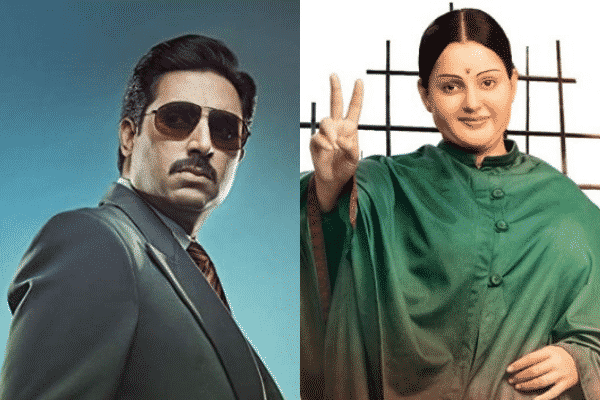 Everyone’s favourite cooking show is back for another season. We couldn’t be more exciting! The promos have already introduced us to some of the contestants to expect, including proud Bengali Kishwar, who’s keen to share her family recipes; and Minoli, who is re-discovering her love for food and cooking after losing her sense of taste.

While there’s no official date announced yet, the new season of MasterChef Australia is expected to premiere in early April.

In the 1970s, serial conman Charles Sobhraj and his lover Marie-Andree Leclerc drugged and murdered numerous young travellers on the “hippie trail” of South Asia. Like the title suggests, Sobhraj was known as ‘the serpent’ for the way he managed to evade the authorities for decades. Across these eight episodes, watch Sobhraj on the run from a Dutch diplomat who is determined to solve the murders.

The Serpent begins streaming on 2 April.

Couldn’t get enough of the big, fat Indian wedding shown off in this Netflix series? Loved the sustainable weddings and glamorous gowns? It was a guilty pleasure watch for many, but as promised earlier, The Big Day’s second installation is all set to return with new couples and their larger-than-life weddings. Fingers crossed it’ll be more a little more nuanced this time round.

Read our review of season one here.

After the popularity of Scam 1992: The Harshad Mehta Story comes another crime drama on the infamous stockbroker, this time played by Abhishek Bachchan. The Big Bull traces the story of Harshad Mehta’s financial crimes over a decade and co-stars Ileana D’Cruz as an investigative journalist, along with being produced by none other than Ajay Devgn. Will this live up to the predecessor’s success?

The Big Bull releases on 8 April.

In a follow up to Netflix’s Wild Wild Country that shared the story of guru Bhagwan Shree Rajneesh (Osho), his personal assistant Ma Anand Sheela, and their commune in Oregon, US, Searching for Sheela hopes to share the other side of the story. Produced by Karan Johar, the documentary follows Ma Anand Sheela’s journey back to India after 34 years in exile. Understandably, she’s inundated by questions with fans and journalists alike.

Get your pop ready for when Searching for Sheela begins streaming on 22 April.

Making her return to Tamil cinema after over a decade, Kangana Ranaut is all set to portray Jayalalithaa in the upcoming biopic of the politician’s life. The former Chief Minister of Tamil Nadu, who served over six times, had a fascinating trajectory from film actress to government. It’s no wonder, then, that Thalaivi (meaning ‘leader’) has been a much-awaited release of the year.

Catch Thalaivi when it releases on 23 April.

Fans of Rohit Shetty were thrilled in March to hear the announcement (on the director’s birthday, no less) that Sooryavanshi would finally see the light of day. The fourth installment in Shetty’s Cop Universe stars Akshay Kumar as DCP Veer Sooryavanshi, who joins forces with Inspector Sangram ‘Simba’ Bhalerao (Ranveer Singh) and DCP Bajirao Singham (Ajay Devgn) to stop a terrorist attack in India.

Get ready for Shetty’s signature action antics when Sooryavanshi releases on 30 April.

Award-winning Marathi drama The Disciple makes its online debut later this month. Written and produced by Chaitanya Tamhane, with executive producer Alfonso Cuaron (you might know him for Gravity and Harry Potter and the Prisoner of Azkaban), The Disciple made waves in the film festival circuit last year. It follows the story of a dedicated Indian classical musician whose faith in his talents begins to waver.

Watch The Disciple when it begins streaming on 30 April.