There's a crucial conversation to be had on these environments that inadvertently perpetuate misogyny and sexism.

Last week, Miss Universe Australia Maria Thattil was accidentally added to a group chat of South Asian teenage boys and was shocked by the unmistakably misogynistic messages she was suddenly privy to. As someone who has experienced it first-hand at the sister school of the school these boys attend, unfortunately I wasn’t all too surprised.

The boys, believed to be around 18 and 19 years old, are students at prestigious selective entry high schools like MacRobertson Girls’ High School (MacRob), Melbourne High School (MHS), Nossal High School and Suzanne Cory High School in Victoria. With a test to hand pick the smartest children of our state, these schools are designed to breed the brightest and best students of the next generation. They have a consistent reputation of ranking highly in the ATAR ‘scheme’.

However, the group chat has unveiled something undeniably overlooked when bestowing students with the crown of smartest in the state. While I’m eternally grateful for having the privilege of attending a selective high school, there is a conversation to be had on the relationship between selective schools’ environments and the perpetuation of sexist and elitist cultures.

READ ALSO: Dhanya Mani on speaking out about the indecent assault she experienced at work

“Selective schools have academic prestige; so, they get away with it. Other schools get caught because they put it up on meme pages, or they’re yelling sexist chants on the train. But these guys are smarter, they’re more covert about it,” said Dineli Kalansuriya, who graduated from MacRobertson Girls’ High School in 2015.

Thattil’s discussion brought forward a hoard of young women sharing their own experiences of targeted sexist remarks, harassment and gender-based bias at the hands of their male peers. The distressing confrontation demonstrated that it was not an isolated incident, as women aged 15 and older exposed occurrences across selective entry high schools that were repeatedly swept under the rug. According to Dineli, this outburst “felt like a long time coming.”

Selective entry high schools simultaneously provide students with a safe space but manifest isolation from the rest of the outside world; this unfortunately enables a lack of emotional intelligence.

“I feel like it’s just a lack of awareness of how the rest of the world is living, because you’re focusing so much on academia, there is no time or space left for anything else,” Dineli explained.

“These boys were all coddled – like oh look at you, you’re so smart. It stunted essential emotional growth. We [women] are coddled too, but I think it’s just in the nature of who we are, we’ve always been positioned to uphold and act on emotional labour.”

READ ALSO: 5 videos that hit the mark on teaching young people about sex 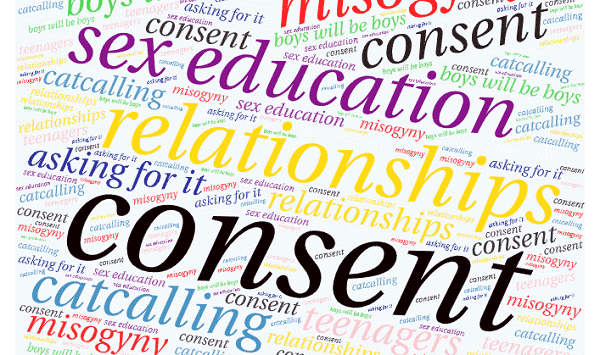 With the majority of these schools’ population coming from South and Southeast Asian background, it is also imminent we address the intersection race plays in this. Such experiences around sexism and misogyny faced by young ethnic women often go unaddressed, particularly among South Asian communities, where patriarchy can be deeply rooted.

However, if there’s anything we should take away from this experience, it’s the lack of consent and gender education across the curriculums of such schools. After all, the process of learning should not be placed solely into the hands of other peers.

During my time at MacRob there was a clear absence of attention towards these matters, there were no lessons to prepare and educate us adequately. Dineli recalls that the only time it was discussed openly during her time was “when people had been sexually assaulted on the trams.”

“One of our teachers immediately said, `make sure your skirts are at your knees’ while the police told us we were ‘greater targets on public transport as we were Asian.’ The conversation was never about respect and consent.”

It’s important for schools to facilitate spaces for such conversations to be held and questions openly asked. Students require transparent lessons to prepare them adequately to establish and maintain healthy, respectful relationships, while also expanding their understanding on diverse genders, sexualities, and consent.

“The schools think they’re raising young independent people, but we need help, we’re only 13 or 14 years old when we enter the school. At the end of the day, we’re all really young and vulnerable,” Dineli said.

The stats agree. According to the Australian Institute of Health and Welfare, almost 2 million Australians have experienced at least one incident of sexual assault since the age of 15. Furthermore, in 2018-19, 97 per cent of the sexual assault incidents recorded by police were male, where males aged 15-19 had the highest offender rates of any age groups.

It’s like Maria Thattil pointed out – the sexist attitudes in the chat are indicative of the same attitudes that allow men to take advantage of women. It’s time that these selective entry schools harness their diversity and kick off consistent conversation with substance.

Why university for school leavers should be free in 2022