I’ve travelled to the Northern Territory many times. It makes me feel good to be there, for the chance to reconnect with the wilderness. I’ve always camped, but my last trip didn’t go so well. It was a balmy night of clear skies, plentiful stars and a full moon. Cicadas were humming and I was gently being lulled to sleep. But then it came – stomping, snorts and high pitched squeals. So, this time I ditched the possibility of my tent being nudged at by wild boars, and joined a tour instead. Beginning in the effervescent city of Darwin.

Named by John Lort Stokes in 1839 after his late-friend Sir Charles Darwin, there are several buildings dating back to the early days, including Lyons Cottage, Brown’s Mart and Government House. Many of the original buildings though were flattened by Japanese air raids during World War II, and then again by Cyclone Tracy on Christmas Eve 1974, leaving much of Darwin city as little more than a pile of rubble.

But the city is undoubtedly resilient, becoming a vibrant metropolis that’s been attracting attention as a destination for foodies, as well as a place to reconnect with nature.

COLOURFUL MARKETS
Close to Asia, both geographically and in spirit, the markets are a visible expression of the city’s multicultural diversity – where you can sample extraordinary cuisine from around the world and join in on the lively atmosphere, listening to live music and street performers as you weave through the crowds. Markets are held at Mindil Beach, Palmerston, Coolalinga, Nightcliff, Rapid Creek and Parap Village, where locals go for laksa, satay, rice paper rolls, Nasi Goreng, roti, shaved ice kacang, fresh tropical smoothies and juices. 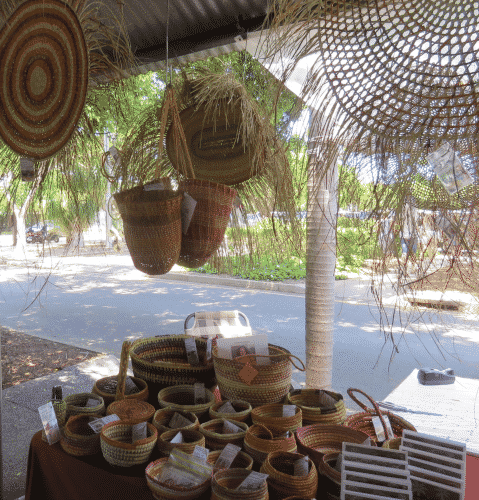 Restaurants are also renowned, with Hunumana long-standing favourite offering delicious Thai, Indian and Nonya cuisine. Those with a hankering for seafood should head for Cullen Bay or the Waterfront Precinct to try chilli mud crab, barramundi, trevally, snapper and if you’re willing to try, crocodile skewers.

BEYOND DARWIN
Signing up for a tour that began with Litchfield National Park, I was soon standing alongside giant termite mounds, before changing into my swimsuit for many dips in deep plunge pools. Best of all, was lying wedged between rocks while water cascaded over my head and shoulders, as my legs dangled like two carrots, all the while being observed a short distance away by a giant monitor lizard.

Next day I departed for Kakadu, passing hamlets with colourful names like Humpty Doo. It was December, the beginning of the wet season, when rivers, billabongs and wetlands become flooded. After entering Kakadu National Park, we crossed our first big river, where the water lapped at the sides of the coach. 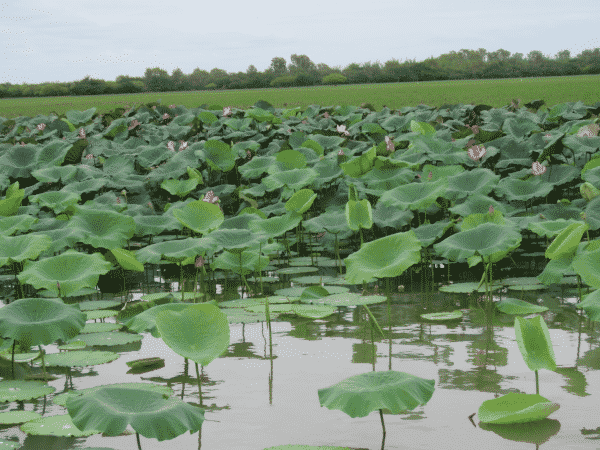 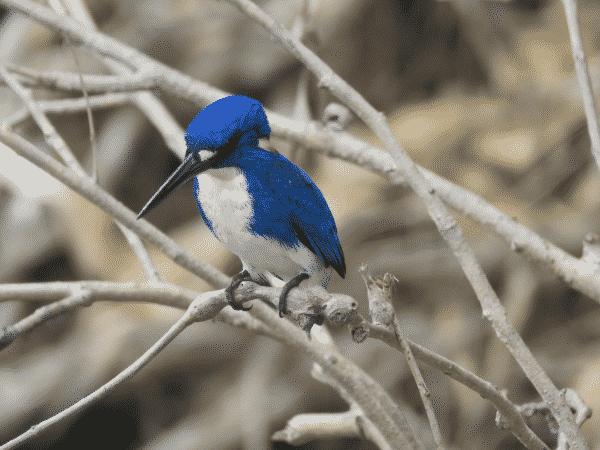 Joining a sunset cruise of Yellow Waters billabong, the sky turned brilliant shades of pink and orange as the sun receded. Prongs of lightning illuminated the sky, thunder claps
crashed overhead, the sky turned black with storm clouds and I sensed that here nature is
wild and everywhere.

KAKADU
Kakadu is listed as a world heritage area for both its cultural and natural significance, with sacred sites and ancient Aboriginal rock carvings, and an abundance of flora and fauna.

It holds the largest protected collection of rock art in the world with more than 5000 Aboriginal art sites dating back 20,000+ years. The main art sites of Ubirr and Nourlangie display shadowy X-ray outlines etched into the rock,depicting the bones and internal organs of fish, turtles and kangaroos. The painting of animals map out places good for
hunting, as well as recording historical events including a sailing ship with billowing sails and pipe smoking sailor – early encounters with Europeans. 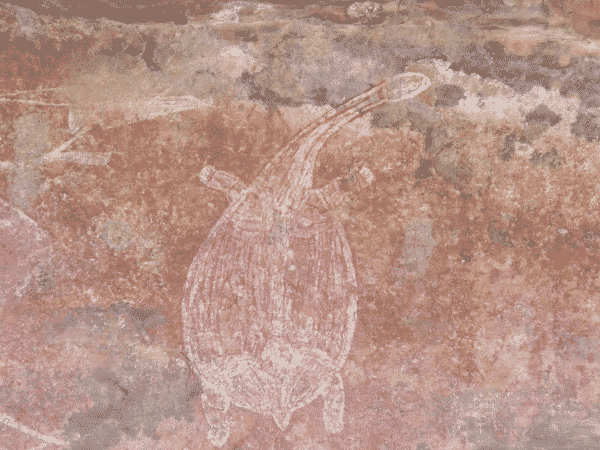 I hiked through scrub, savannah woodlands of paper bark and eucalyptus trees, along side deep chasms, and up sandstone escarpments to lookouts for spectacular views over the vast floodplains.

One of the highlights of visiting the Top End is the opportunity to learn about Aboriginal
culture. On day three we joined a cruise along the East Alligator River with our Aboriginal
guide Robert Mandelaidai Namarnyilk, or “Robby” for short, who showed us the plants growing along the river’s edge used as medicine to cure tummy upsets and insect bites, and what’s edible bush tucker. He shared Aboriginal dream time stories including that of the rainbow serpent – the powerful being who created this land- and how the Aboriginal owners, mostly from the Bininj or Mungguy tribes, feel connected as the park’s custodians caring for their country.

Visiting Kakadu is more than just a holiday. It’s a spiritual journey that recognises the cultural heritage of the destination and reconnects you to the land underfoot that remains a pristine wilderness.

Before my night flight home, I wanted to see one last magical sunset. I’d always joined a harbour sunset cruise, but this time I rested easy in a deck chair at the Darwin Trailer Boat Club, a typical Australian, friendly and relaxed club, on the shores of Fannie Bay. I couldn’t agree more with the barman when he said, “It doesn’t get much better than this!” 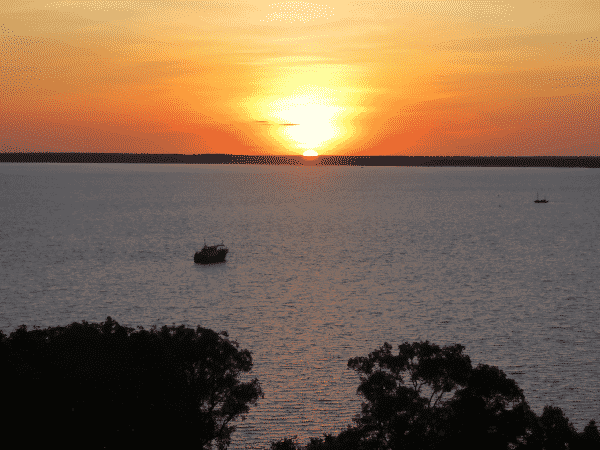 Getting there: Virgin Australia, Jetstar or Qantas.
Getting around: Darwin’s city centre is ideal for walking, as it is flat and easy to navigate. Just north of the city, the George Brown Darwin Botanic Gardens, has over 1,500 tropical plant species, while the Museum and Art Gallery of the Northern Territory offers one of Australia’s best Indigenous art galleries. Get there on the hop-on hop-off explorer bus.
Multi award winning AAT Kings offers a range of day tours including city sights, Litchfield and Nitmiluk National Parks, and extended tours including Kakadu National Park.
Where to stay: Centrally located, with stunning views of the Arafura Sea, Mantra on the Esplanade offers hotel rooms and spacious servicedapartments, ideal for families. If arriving late or departing early, the Novotel and Mercure are metres from the airport.
Best eats: Darwin dining is all about Asian flavours, best sampled at the markets. For seafood head for Cullen Bay or the Waterfront precinct. Mitchell Street is home to restaurants, pubs and cafes.
When to go: The Top End experiences two seasons – wet and dry. The wet, from December- March is when wetlands and rivers are at their most beautiful, though locals recommend May, as it is the least humid.
Shopping: Darwin offers art galleries specialising in Indigenous art, and market stalls including Kunwinjku Fine Art at Parap Markets. When in Arnhem Land, visit the Injalak Arts
and Crafts Association for a wide range of crafts and paintings made by local artists. And if you like pearls, white and pink diamonds, there are shops in Darwin offering serious bling.

Travel tips: Mitchell Street can get boisterous, so stick together late at night. Box jellyfish are present during the wet season and crocodiles are dangerous anytime. Always wear a hat, plenty of sunscreen and keep well hydrated.