EXCLUSIVE: The Minister for Immigration and Multicultural Affairs in conversation with Pawan Luthra 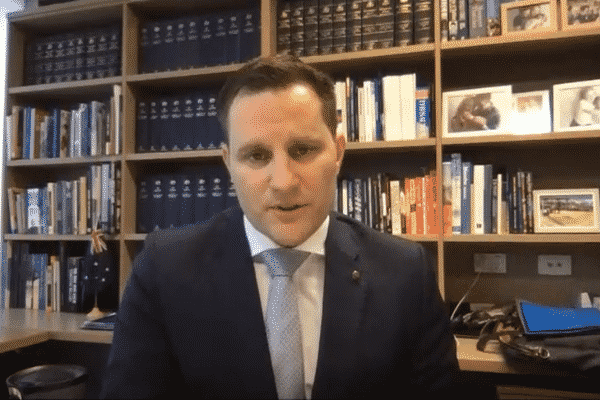 The Minister for Immigration, Citizenship, Migrant Services and Multicultural Affairs Alex Hawke has confirmed that there is frantic planning going on behind the scenes to restart the repatriation of Australians stuck in India.

Speaking with Indian Link’s Pawan Luthra, Minister Hawke confirmed that the government is working on expanding quarantine spots and putting in place facilities for medical staff and frontline workers.

“We have announced 1,000 new spots in Howard Springs to accommodate charter flights from India. These arrangements are being worked through and we are reviewing decisions in the lead up to 15 May,” he stated.

(Howard Springs, a national quarantine facility in the Northern Territory, previously held up to 850 spots for quarantine and the capacity will now expand to hold 2,000 people.)

He added that an announcement would be made by the Prime Minister, possibly before 15 May, in which further details would be shared.

Last week, Prime Minister Scott Morrison announced a temporary travel ban between India and Australia. Invoking the Biosecurity Act, he announced travellers from India could face up to five years in jail and heavy fines if they fled the COVID-affected country.

Addressing the Indian-Australian community’s concerns of such a ban as an abandonment of the government’s duty to protect its citizens, Minister Hawke emphasised that it was temporary.

“We had to make a tough decision to close borders for a few weeks here while we get logistics in order. It has nothing to do with race whatsoever. India was the first country to be rated high risk by our officials. It was not a government decision, it was a health decision,” he elaborated.

The minister added that the strong penalties of the Biosecurity Act had been changed in March last year.

“The Prime Minister today stated clearly that he wouldn’t anticipate they would apply to anybody unless it was the most egregious offense, like someone deliberately circumvented our systems and spread COVID. The penalties are a deterrent and have been there for over a year.”

He emphasised that the government will be reviewing the situation and that repatriation flights from India would recommence.

In the exclusive interview with Indian Link, Minister Hawke also urged the Indian-Australian community to contact DFAT to help them get a more comprehensive list of vulnerable Australians stuck in India.

“In India at the moment, even getting someone from a village or a town to an airport safely is challenging. We have to make sure we have logistics on all ends considered and managed,” he said.

The outrage caused by the travel ban and the criminalisation of return seems to have exerted some positive effect on government action. It is clear now that the nearly 10,000 Australians waiting in India to be repatriated are finally on the horizon for this government.