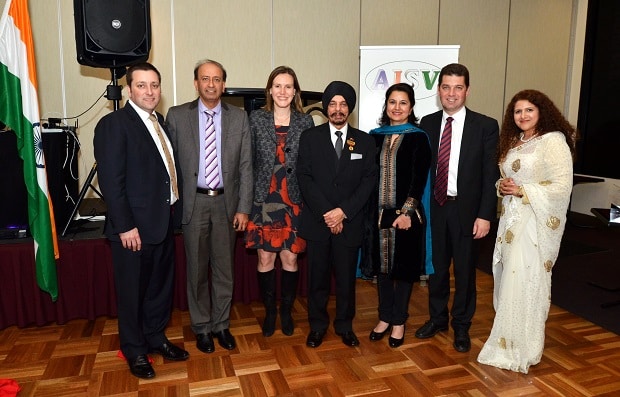 With freedom on their minds, faith in their words and pride in their souls, an eclectic group of people gathered, on 15 August at the Manningham Function Centre in Doncaster to mark the occasion of India’s 68th Independence Day. Thousands of miles away from India they came together with their family and friends in Australia, to celebrate the memories of yesteryear, the vows of today and the dreams of tomorrow. The credit for bringing all the various communities, dignitaries and ministers together went to the Australia India Society Of Victoria (AISV).

Since its inception in 1963, the AISV has been observing Indian Independence, however, for the last two years they have ensured that the celebration is held on 15 August irrespective of which day it falls in the week. Dr Gurdip Aurora, the long standing President of AISV, explained how he was inspired to make the decision as a result of a conversation with former Consul General of India in Melbourne, Dr Subhakanta Behera.

Before his untimely demise in 2012, Dr Behera used to lament that unlike in India, people in Australia tend to celebrate Indian festivals and events ‘when it suits them’. The general trend is to wait for weekends, which means they could well be lighting Diwali candles whilst getting ready for Christmas decorations or celebrating Holi weeks before the actual date. 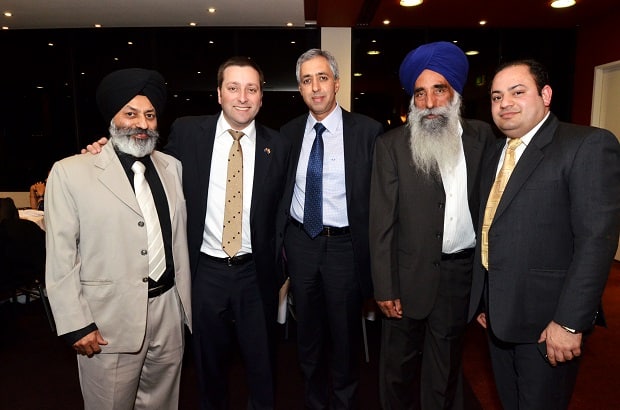 “Dr Behera often spoke of his concern to me and a decision was made that AISV will always observe India’s Independence day on the 15th of August. I think it is befitting to celebrate it on the same day as it is observed in India,” Dr Aurora.

With a rich history of promoting and facilitating Indian-Australian relationships, the AISV has won several awards including the 2011 VMC Awards for Excellence in Community Services. In 2013 the AISV was the winner of the prestigious Pravasi Bhartiya Samman awarded by the President of India. The AISV is the only Australian Indian organisation to have received this award so far.

Last year AISV marked its 50th anniversary, making it one of the oldest Indian organisations in Australia, dedicated and committed to serving the Indian Australian community in Victoria.

This year the Independence Day event could be termed low key. Preeti Jabbal from Indian Link, who was the MC for the evening, kept the audience engaged and attentive as she introduced the dignitaries and performers. The formal part of the evening was interspersed with vibrant dance medleys from local Bollywood dance group the Bolly Dazzlers.

Dr Gurdip Aurora, who has been the President of AISV for 23 years, highlighted the role of AISV in the Indian Australian context. He discussed the changes that are expected in India post-election, and said he hoped that positive changes would come about as a result of the new Government and the selection of Narendra Modi as the Prime Minister of India. 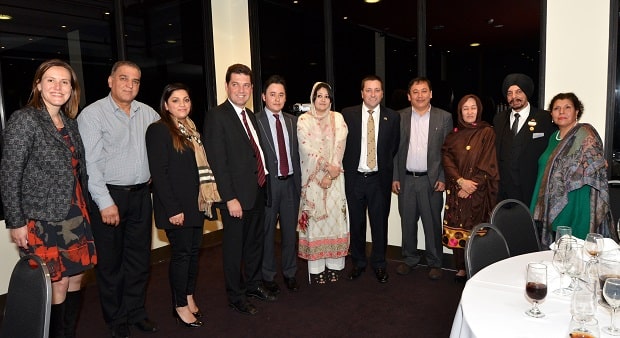 In his message the Prime Minister said, “No one should underestimate India now; nor its potential to be a global superpower in this century. Australia and India share close people-to-people links. There are more than 140,000 Victorians with Indian ancestry and I pay tribute to the significant contribution they make to our nation through their dedication, hard work and willingness to serve the community. India is the world’s largest democracy and I join with you in celebrating its success”. 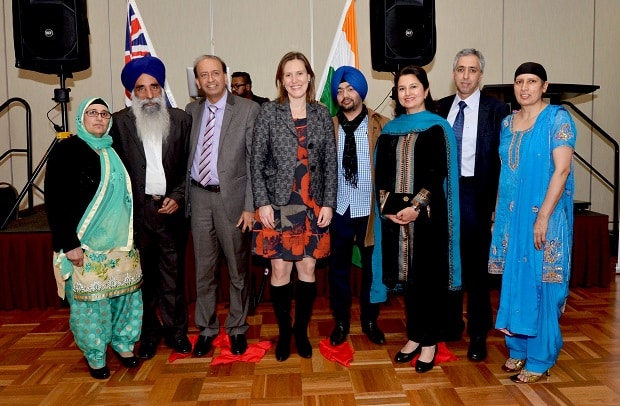 Once the formalities concluded, Ministers Matthew Guy and Telmo Languiler managed some good moves as they joined the belly dancer, Andrea, on the dance floor. Several guests stayed back to shake a leg or two before leaving to brave the Melbourne weather again. It was a celebration of life, opportunities and happiness that come to those that are free and AISV, as usual, did it in style.