At its inaugural conference Elevate 2019 held in February, the Young Sikh Professionals Network (YSPN) explored the concept of sewa in a rapidly changing world. 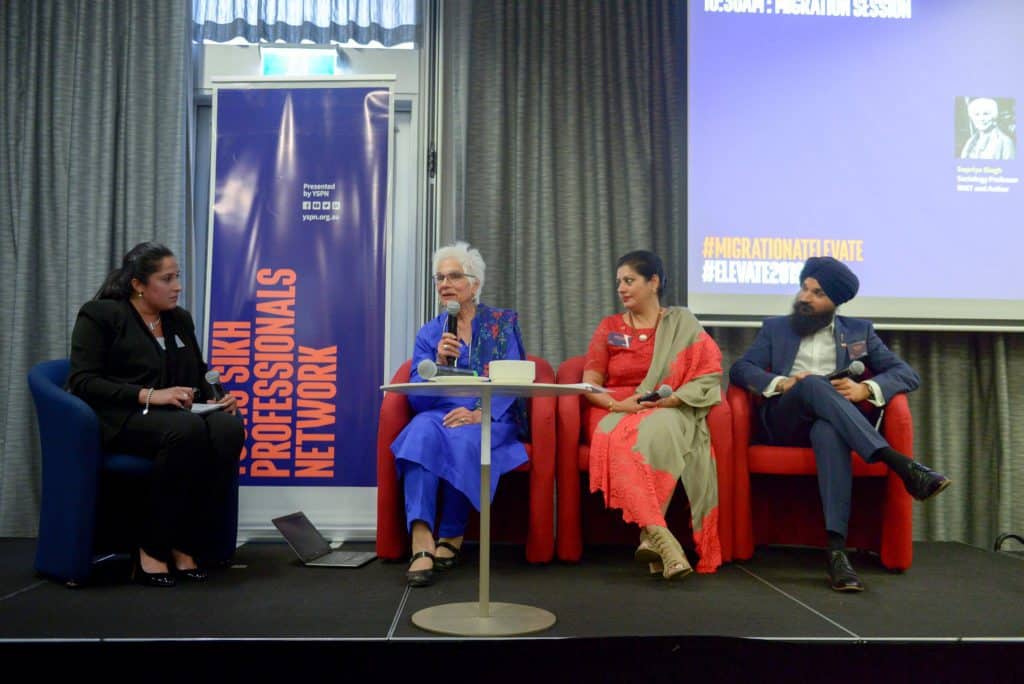 Hosting what was described as the “largest gathering of Sikh professionals globally”, YSPN made sure the atmosphere was buzzing – with 165 local members, inter-state visitors and international panellists coming together to dissect current trends and share stories of what it means to be Sikh in the working world.

Sewa, which means ‘to serve’, is a core principle of Sikhism. Chair Ramneek Singh launched the day by challenging the idea that sewa is just serving langar and doing dishes at the gurudwara once a week. Sikhs have a proud history of driving the community forward, he said, so what does sewa mean in today’s world? 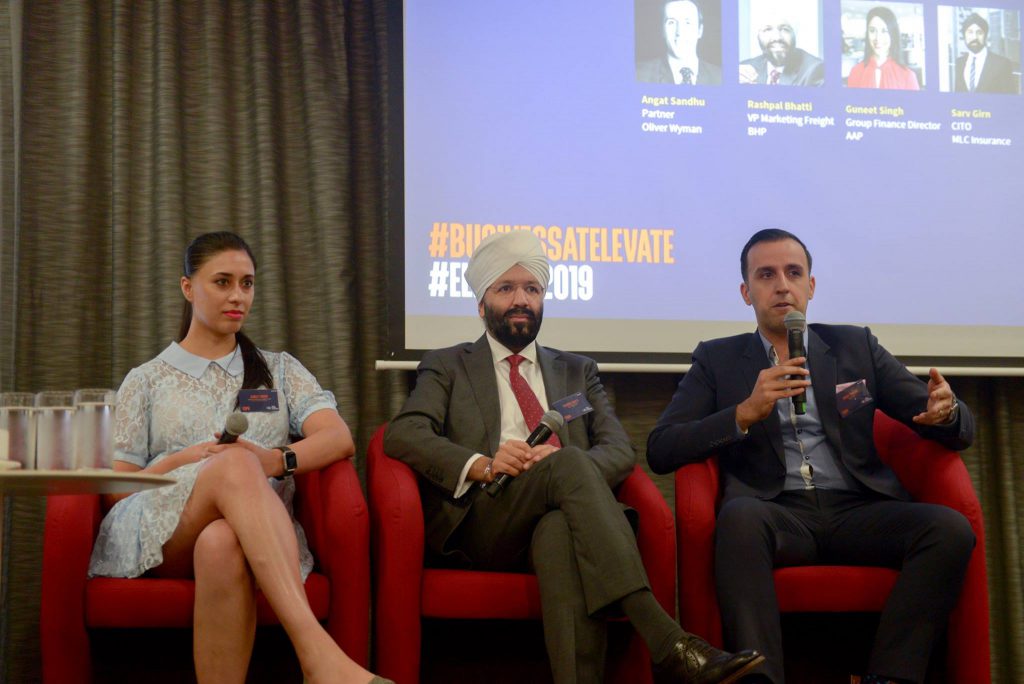 The theme was unpacked through five panel discussions, beginning with a session on the migration and development of Australia’s Sikh community. Harjit Singh, one of the co-founders of the Australian Sikh Heritage Association had the audience chuckling when he fondly referred to the community as “members of a gang”. When asked on their views about the future of the community, the panellists remarked that there is still a long way to go for the wider community to understand what a Sikh is. The audience was challenged to broaden the scope of sewa to create a more visible community.

The business and politics panels both discussed the practice of sewa in professional and personal circumstances. Most of the panellists had a similar notion: that daily gestures of reaching out to your colleagues or community were forms of sewa in the modern world. Vivek Bhatia, Chief Executive Officer of QBE Insurance Group, emphasised that “sewa is not what we do on the side, it’s what we do on a day-to-day basis”. Politics itself is a form of modern day sewa, in reaching out to the community regularly. 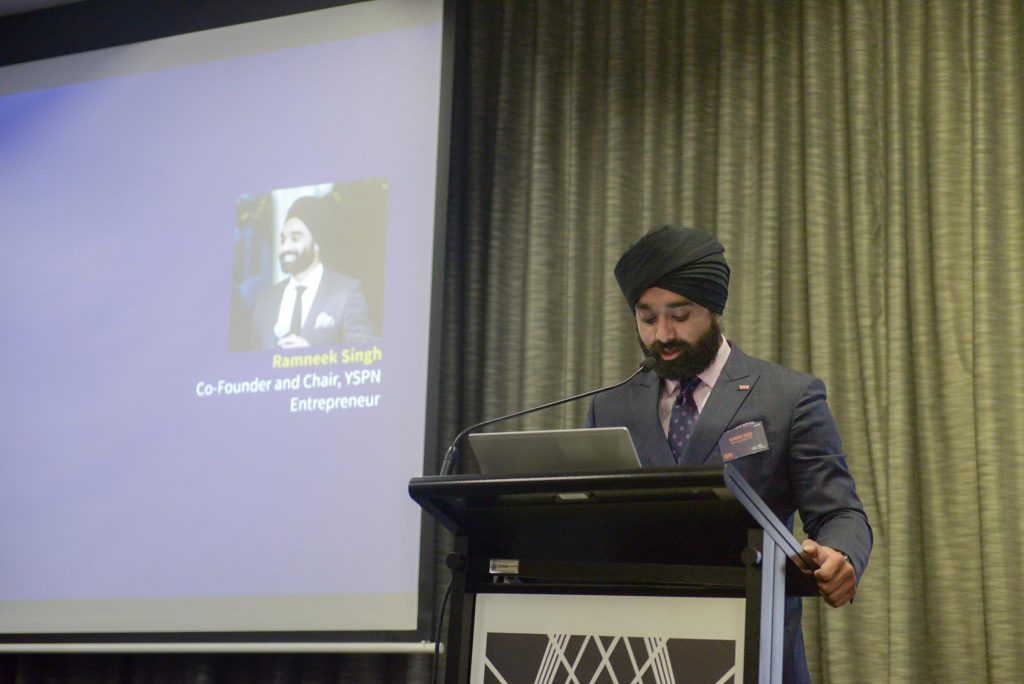 Sikh roles in politics are becoming more prominent. Australia’s first Sikh councillor John Arkan of Coffs Harbour, stated, “In Australian history, we are entering a new era, an era of inclusion with the sight for more women and more Sikhs in parliament.”

The panel that elicited the most laughter from the audience was the entrepreneurship panel. With four diverse guests speaking about their experiences in creating businesses under the teachings of Sikhism, the panel was sure to be a hit. But it was Simran Gambhir, the Director of Ganemo Group, who had the room in splits with his brutal honesty regarding start-up businesses. His quips ranged from “Balance is an unattainable goal as an entrepreneur”, to “Mentorship? That’s just old people telling you what they got wrong when they did it. So don’t get a mentor.”

Economic contributions of Sikhs to Australia

YSPN launched a report entitled Economic Impact of Sikhs 2019 at the Elevate conference’s gala dinner.  The main findings of the report are as follows.

For a conference aimed at the youth, there were few young panellists on stage. It would have been interesting to see what early-career professionals have to say on some of these matters.

However, the event was certainly successful in inspiring the audience to reconsider and extend the notion of sewa in their contemporary lives. With the bar set high, we can’t wait to see what the conference brings next year.

YSPN was formed in 2012 with the aim of empowering young Indian diaspora in the workforce by providing mentorship, developing networks and building advocacy in the Sikh and Aussie professional communities. To learn more, visit www.yspn.org.au