Home Education Bhaskaracharya and his Leelavati

On the 900th birth anniversary of India’s foremost medieval mathematician, DR CHAKRAVARTI MADHUSUDANA reflects on the life and achievements of Bhaskaracharya 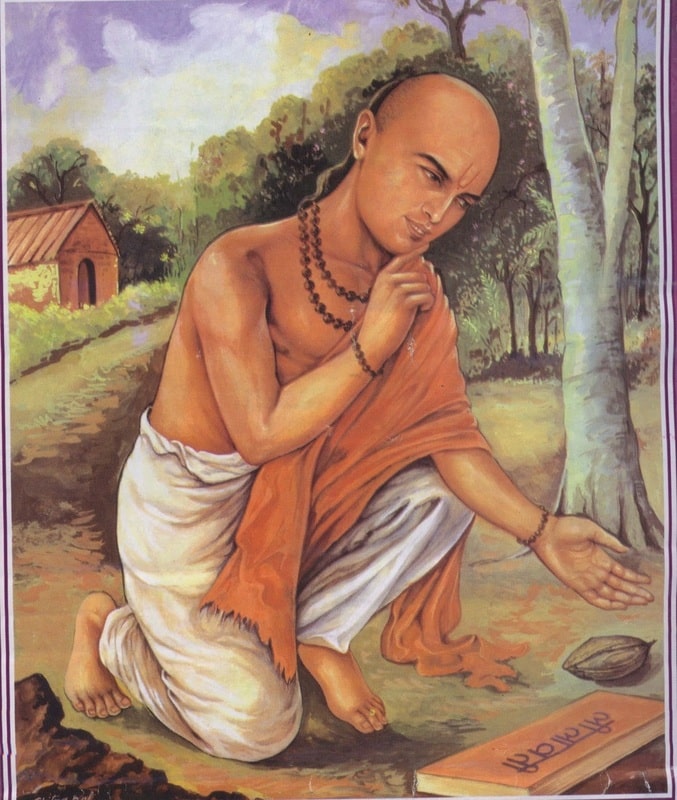 There were, of course, several other outstanding mathematicians such as Aryabhata II, Bhaskara I, Sridharacharya, Prithudakswami who flourished during this period.

This year marks the 900th birth anniversary of Bhaskaracharya. The special event will be commemorated with several academic conferences across India. It is therefore a fitting time to reflect upon the life and remarkable achievements of this great Indian.

We know that Bhaskara was born in 1114 A D, because he says so himself in ‘Goladhyaya’ which is a part of his work Siddhanta Shiromani:

“I was born in 1036 of the Shaka era. I wrote the Siddhanta Shiromani when I was thirty-six years old”.

Since the Shaka era is believed to have started from 78 AD, we can calculate that he was born in 1114 AD. Bhaskara’s work Siddhanta Shiromani consists of four parts:

Bhaskara goes on to say that his father was the eminent scholar Maheswara, a Brahmin of Shandilya gotra. He also indicates that he was born in a place called Vijjalavida near the Sahyadri Mountains.

Bhaskara’s Leelavati, comprising most of the mathematical techniques needed for every day transactions and beyond, is one of the most popular mathematical textbooks ever written. It was in use over the length and breadth of India for 700 years until the British system of education was introduced.

Leelavati was written in 1150, before the days of printing, when the material and equipment required for making permanent written records were not abundant. Therefore, like almost all of the scientific and philosophical works written in Sanskrit, Leelavati is also composed in verse form so that pupils could memorise the rules without the need to refer to written texts. The verses were also necessarily concise and needed explanatory commentaries, such as the ‘Buddhivilasini’ by Ganesha or ‘Leelavti Vivaranam’ by Mahidhara to understand them

The first foreign language translation is thought to have been by Abul Faizi (brother of Akbar’s vizier, Abul Fazl) who rendered the Leelavati into Persian in 1587. The first two English translations of the Leelavati appeared in 1816. The authors were Henry Thomas Colebrooke, based in Calcutta, and John Taylor, based in Bombay. Both of them worked for the East India Company – Colebrooke was a high-ranking civil servant and Taylor was a medical doctor within the army.

Some of the problems in Leelavati are addressed to a young maiden of that same name. This fact has led to the following fanciful story. 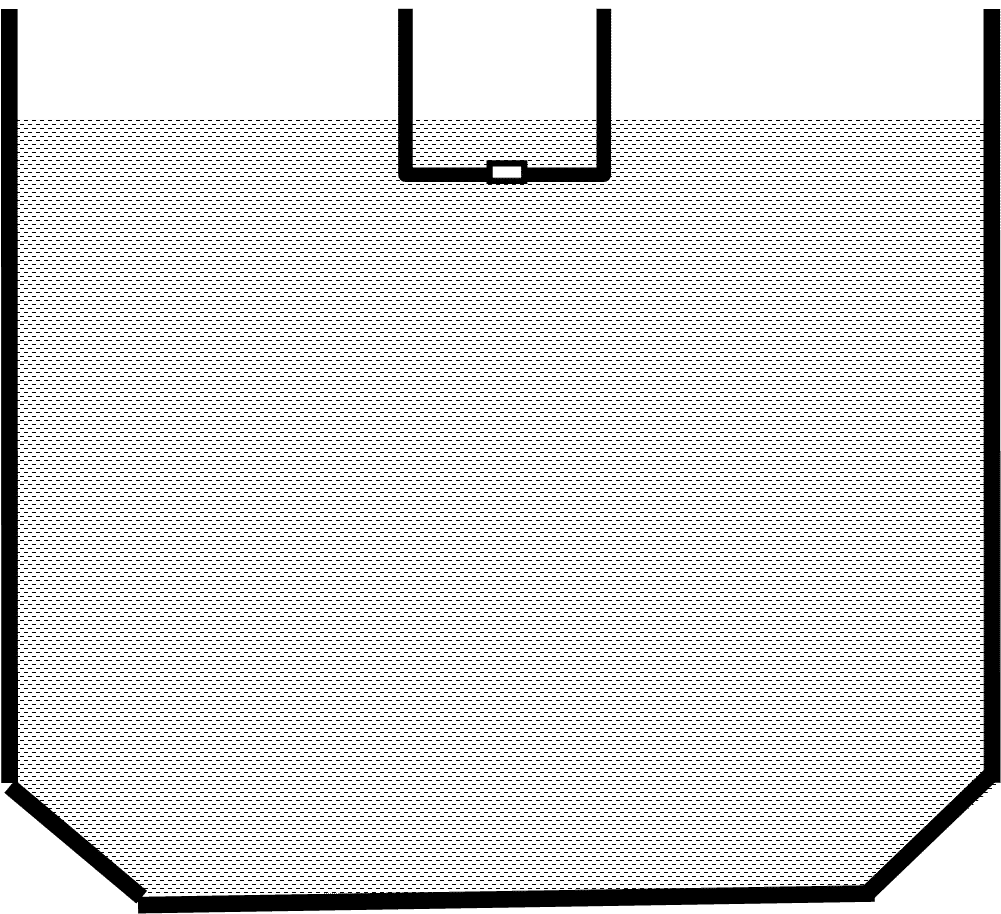 Bhaskara had a daughter named Leelavati. According to her horoscope, she would remain unmarried and childless unless her wedding took place at a precise time on a particular, auspicious day. In order to ensure that this moment was not missed, Bhaskara constructed a device where a cup with a small hole was placed in a vessel of water. The water would slowly enter the cup and, at the precise moment in question, the cup would sink to the bottom of the vessel (see figure).

Leelavati, out of curiosity and unbeknownst to her father, peered into the device and, as she did so, a pearl from one of her ornaments fell into the cup, blocking the hole.

Consequently, the auspicious moment passed without the cup sinking and the wedding could not be performed.

The story is that Bhaskara wrote the Leelavati in order to console his distraught daughter. It may be noted that other problem questions in Leelavati are addressed to a mathematician, a merchant and others. It may also be noted that neither Bhaskara nor any of his commentators mention this episode. It only appears in the translation by Abul Faizi.

The Leelavati consists of 277 verses of rules and examples. The main contents are:

The questions in Leelavati are known for their variety, story-like problems and the challenge they offer to students.

In 1816, when Colebrooke published his translation of the works of Bhaskara and Brahmagupta, it was generally believed that progress in Indian mathematics came to a standstill after the time of Bhaskara. One reason given for this was that the 12th century witnessed the start of subjugation of Indians by foreign invaders and most of India was in a state of turmoil.

However,in 1835, C.M. Whish published a paper in the Transactions of the Royal Asiatic Society that proved that developments in Mathematics had continued unabated in Kerala, a region that was the least affected by the invaders. One of the later Kerala mathematicians was Madhava (1340 -1425 AD) of Sangamagrama (present day Irinjalakuda) who had developed power series expressions for ? and for the sine function some three hundred years before Leibnitz and Newton.

There were several other Kerala mathematicians of note in the post-medieval period. But that is an entirely different story.

Test Yourself! Some example problems from Leelavati

Example 1
A traveller, engaged in a pilgrimage, gave half (1/2) his money at Prayaaga; two-ninths (2/9) of the remainder at Kaashi (Benares); a quarter (1/4) of the residue in payment of taxes on the road; six-tenths (6/10) of what was left at Gaya; there remained sixty-three (63) Nishkas (gold coins) with which he returned home. Tell me the amount of his original stock of money, if you have learned the method of reduction of fractions of residues.

Let 1 be the number assumed.

Subtract the numerators from the denominators; thus:

The interested reader may verify the result by working out the problem from first principles.

A snake’s hole is at the foot of a pillar of nine cubits height, and a peacock is perching on its summit. Seeing a snake, at a distance of thrice the pillar, gliding towards his hole, he pounces obliquely upon him. Say quickly at how many cubits from the snake’s hole do they meet, both proceeding an equal distance? 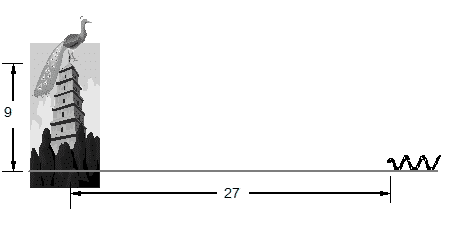 Rule: The square [of the height] of the pillar is divided by the distance of the snake from his hole; the quotient is to be subtracted from that distance. The meeting of the snake and the peacock is, from the snake’s hole, half the remainder, in cubits.

Referring to the figure, 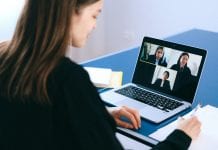 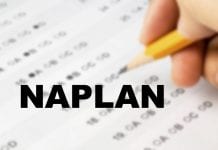 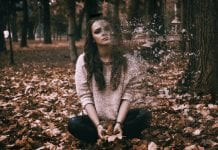