Children can test their creative skills through websites that help them developing simple games and interactive stories, writes HASNAIN ZAHEER 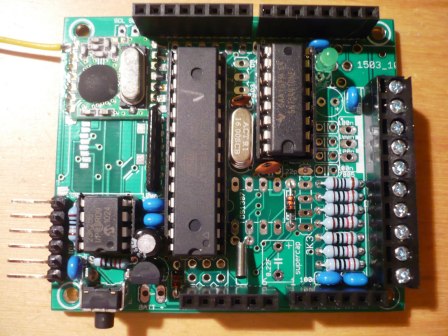 As parents and teachers, we have not adequately realized the need for programming skills as part of children’s education. In fact, some say that it is as important as their literacy and numeracy skills.

Programming helps kids express their creativity, learn logic, build objects that are not just ‘be’ but also ‘do’ in nature, test and improvise. By learning to programme, children learn to solve problems, get over obstacles and collaborate with others. These are essential life skills needed to excel in any profession. As MIT Professor Mitchell Resnick wrote, when kids ‘learn to code’, they also ‘code to learn’.

Many of us are intimidated by programming, viewing it as endless lines of computer code. However, I look at programming as creative expression that blends logic, technique and art. The details of syntax and programming languages are just incidental, not the core of programming. It should be taught at an early stage when children’s minds are not consumed by specific streams of knowledge.

These are the skills of the 21st century. As I would explain in the next part of this series, in a few years, everyone would be programming, not just programmers. Let’s make sure our kids learn these essential skills while they are still in primary school.

So how do we teach programming to kids (and adults)?

One of your first destinations is Scratch (http://scratch.mit.edu/). Designed for kids aged 8 to 16, it helps kids develop animations, interactive stories and games by dragging-and-dropping blocks. They can select or draw their own characters called Sprites, code in behaviour by selecting blocks of script that can help them move, make sound and execute activities. Their creations are saved, can be described and shared with others. Scratch is my eight year old’s favourite tool and on a recent Sunday morning, he built a game in which ‘evil alien astronauts’ who try to enter the solar system (complete with a Saturn with its rings in the background) are fired upon by the player who scores points for direct hits, loses points for missed hits and the game is timed to complete it in a minute. He was thrilled to receive a dozen views a few minutes after he shared the game with the Scratch community.

Similar to Scratch is Hopscotch, except that it is an iPad app. The app provides just the right number of controls for kids starting out, which means they can find out and learn how each method works without the involvement of adults.

If you are really interested in only games, are older or an adult, and want to design once but play everywhere, cross-platform in other words, then Stencyl (http://www.stencyl.com) is your choice. Bring your ideas to life with this extensive development platform and then publish your games on Windows, Mac, iOS (iPhone and iPad), Android (Samsung, HTC and other smartphones) and other platforms, so almost anyone can access and play your games. It is a paid software but if you become an expert, you also have the opportunity to monetise your creations by selling your work.

For the really young, even pre-kindergarten, there are a few interesting iPad applications. iPad is great for this purpose as its touch interface is intuitive to kids. Daisy the Dinosaur lets the players manipulate the character and solve challenges that involve loops, events and other basic programming. Move the Turtle is a similar app for very young kids.

Making animated greeting cards and basic games can be a great introduction to programming. But here is a review of resources that teach kids how to programme:

Free courses on how to programme and specifically on Scratch and App Inventor (another game creation software) are available at PluralSight (http://pluralsight.com/training/Kids)

Khan Academy (http://www.khanacademy.org), the celebrated provider of free Maths education on the web has a module on computer programming that Salman Khan teaches as intuitively as he teaches Maths.

So, it’s time for children to not just play games, but also learn how to design and build them. It’s a skill that they would find to be as essential as reading, writing and counting as they grow up and build their careers in the information age, in which software is ‘eating the world’. We would talk about why this learning is so important to adults in the next part of this series.