Nobel Prize-winning writer VS Naipaul, known for his celebrated works like An Area of Darkness and A House for Mr Biswas, has died at 85. The literary fraternity mourned his passing and said his rich legacy will live on for generations to come. 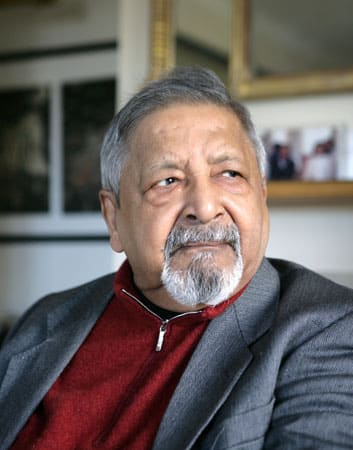 No sooner did Lady Nadira Naipaul confirm on Sunday morning that her husband had died peacefully in London, condolence messages from readers and admirers flooded the social media. “He was a giant in all that he achieved and he died surrounded by those he loved, having lived a life which was full of wonderful creativity and endeavour,” Lady Naipaul said.

Indian President Ram Nath Kovind and Prime Minister Narendra Modi led the nation in saluting the writer who shared deep ancestral ties with – and love for – India. Also paying homage were prominent faces from the literary arena including Salman Rushdie and Paul Theroux who were often critical of Naipaul’s works.

RIP VS Naipaul, a giant among us. Even if you disagreed with much that he wrote, particularly about India, you couldn't help be stimulated, influenced & catalysed by the brilliance of his laser sharp vision. It was a great honour that his last appearance was @ZEEJLF

Notwithstanding their differences with Naipaul, both were confident that his works would be read by generations to come. Rushdie, who himself has Indian roots, said he had disagreed with Naipaul on politics and literature but felt sad “as if I just lost a beloved older brother”.

Writer-historian William Dalrymple added: “Even if you disagreed with much that he wrote, particularly about India, you couldn’t help be stimulated, influenced and catalysed by the brilliance of his laser sharp vision.” 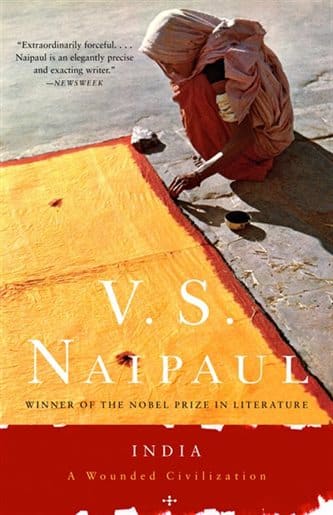 Vidiadhar Surajprasad Naipaul was born in 1932 in Chaguanas on the island of Trinidad and Tobago to a family that had arrived from India in the 1880s. His life was one of many discoveries and Naipaul captured what he saw around him in his writings. But even as his highly acclaimed books like India: A Wounded Civilization and A Bend in the River will live to tell his stories to future readers, his death brings an end to a rather fascinating literary journey with few parallels.

In a career spanning over five decades, Naipaul penned some 30 books, across literary genres, and established himself as a prominent voice among the writers of his time. The early inspiration, as he had expressed on several occasions, came from his father, who was a journalist and, as Naipaul said, “a man of letters”. His readings from literature were an important part of Naipaul’s education.

However, the then would be writer-extraordinaire did not have “great things” to write about during his early days. He left Oxford University, where he had bagged a scholarship, and went to live in a cousin’s flat, hoping to train himself as a writer. But he had no knowledge of what it was to be a writer. His first book was so bad that a London-based publisher told him: “You should give this up, forget this work, do something else.”

And so he did, starting work as a presenter for the BBC on their programme Caribbean Voices. But he had an ace up his sleeve. “I believed in my own talent. I thought whatever I did would be alright in the end. If I wasn’t true to my talent, that would be the end of me as a person. So I kept on writing despite drawbacks and lack of encouragement,” Naipaul revealed at the Jaipur Literature Festival in January 2015, his last public appearance in India.

Sure enough, he had a breakthrough at the BBC. In a room on the second floor of the Langham Hotel, then part of the BBC, there were two or three typewriters.
“Out of sheer idleness, I began to write the first short story of Miguel Street. I said to myself, you will only leave this sheet of paper when you have finished what you are writing. That was the great breakthrough, finishing in that way,” Naipaul recalled.

In the months to come, he published a number of novellas. 1961 saw A House for Mr Biswas, thrusting him into the limelight. Naipaul took smaller steps – by publishing novellas – before setting on to write what he called “a bigger book”. He went on to bag some of the most coveted honours bestowed on writers, one of them being the Booker Prize in 1971 for In A Free State.

Three decades later, in awarding Naipaul the 2001 Nobel Prize in Literature, the Swedish Academy praised his work “for having united perceptive narrative and incorruptible scrutiny in works that compel us to see the presence of suppressed histories”.

The eternal war within