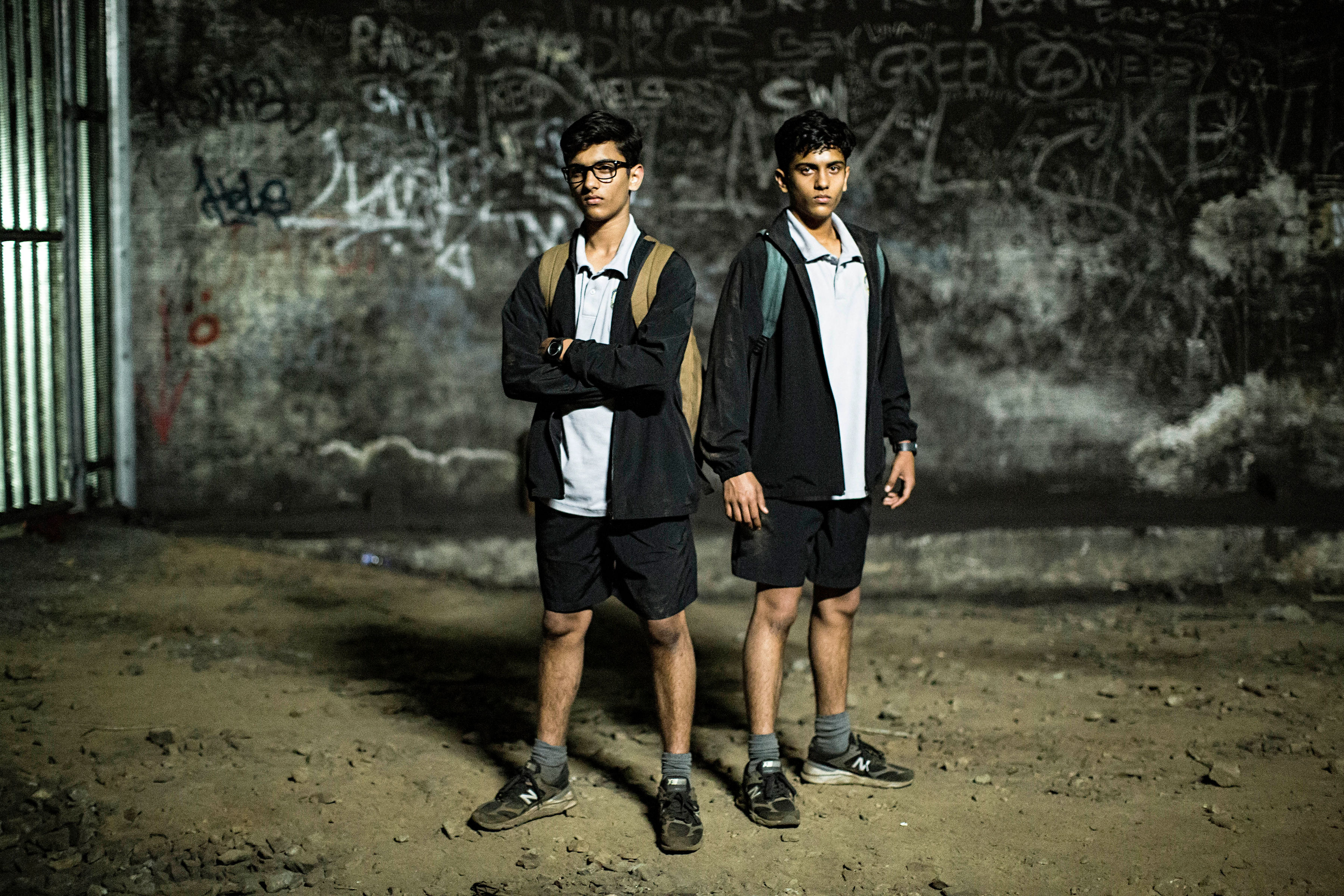 An Australian show with an all-Indian cast targeted at an international market, Mithila Gupta muses, would have been impossible to pitch only a few years ago.

Today as one of the writers of ABC ME series The Unlisted, not only is she sitting back and basking in the glory of what could only be a dream come true, she’s also filled with enthusiasm for a world of opportunities opening up to other creatives like her. A sci-fi tale for young adults, The Unlisted is a crime thriller, at the centre of which are identical twins Dru and Kal: they stumble upon a sinister plot by a consortium who want to create an army of young soldiers who can be controlled to obey any order.

As they become vigilantes trying to stop the baddies, Dru(pad) and Kal(pen) Sharma’s Indian-origin family comes in to play in a major way – offering the audience more than a sneak peek into its foods and fads, festivals and (multi-generational) flashpoints. Sixteen-year-old Sydney-based twins Ved and Vrund Rao play Dru and Kal. Saba Abdi, well-known in the Indian community for her years of experience in the industry, plays their somewhat
overbearing but much-loved grandmother Dadi. Nicholas Brown, Zenia Starr and Virginie Laverdure make up the generation in between. This structure allows for many Indian
stereotypes to come to the fore – geeks, doctors, STEM, PhDs, joint families, food, domestic passions, rituals. (Equally though, it does allow for some stereotypes to be smashed to the ground. For instance, women as second class citizens? Not if Dadi has anything to do with it!)

Ved and Vrund came to the role already captivated by the suspense-mystery and thriller genres, their favourite entertainment diet currently consisting of Hobbs & Shaw, Nowhere Boys and Simmba. They bring a good mix of Indian and Australian sensibilities too, just as their characters demand, such as an equal admiration of Dwayne Johnson and Akshay Kumar (and an equal fascination for maths, drama and sport, if that is any indication).
“We had no previous acting experience when we went in for the audition,” Ved Rao tells Indian Link. “But we worked with an acting coach and a vocal coach for six months.” Vrund chimes in. “Filming took four months, nearly all day every day. We got tutoring on the weekends.”

Saba excels in her role as traditionalist matriarch. “Dadi loves to cook, feed, control the lives of her near ones, keep the family together, and pass on her values and culture to the next generation,” she describes to Indian Link. “I tried to make my character warm, lively and funny. I looked around at some of the personalities in our Indian community in Sydney and picked up some characteristics and mannerisms to make my portrayal convincing.”
She adds, “In later episodes, you’ll see Dadi more compassionate and committed to saving the children from the forces of evil. She does not discriminate between kids and strongly believes that all kids have equal rights and deserve a safe future.”

The show is created and produced by film-maker Justine Flynn, who grew up in NSW’s Woolgoolga district with its large Sikh community. That they have lived here for generations, but still maintain strong ties with their ethnic heritage, left an impression on her. It probably also made her a passionate supporter, as a story-teller, of diverse content and an advocate for providing young people with the opportunity to see versions of their own experience on screen.
“The project has been a heart-warming process,” writer Mithila Gupta shares. “It’s nice to be celebrating diversity, especially as I worked with Indian creatives for the first time in my eight-year career.”

It all began with a workshop of diverse participants, who shared their experiences of growing up in Australia. From these stories, Justine Flynn and writer Chris Kunz were able to glean information to develop the characters in the show.

Mithila wrote three episodes, and also edited the screenplay for each. “I wrote many years ago for Neighbours, moving the Kapoor family into Ramsay St,” she reveals. “It was a lot tougher then, when diversity was not a focus, but I got it over the line.” This time round, Mithila is thrilled to have worked alongside two other South Asian Australian writers, Nicholas Brown (who also stars) and Natesha Somasundaram, Indian-Australian producer Sleena Wilson, and director’s attachment Neil Sharma. “It was an authentic voice all the way through,” she laughs, adding, “We even had a food specialist brought in!” As the industry becomes more diverse, the call is finally being heard for more diverse voices in the writer’s room.

Was it hard for Mithila to break into the industry?
“It’s hard for anyone to break into this industry,” she replies, cautiously at first. “I did film school, then writing school, and worked in the arts department for seven years before I got that break with Neighbours. It was hard but I refused to give up. My background played a part definitely, but having said that, I’ve met the most wonderful people who embraced me and gave me the freedom to be me. I’m proud to work in this capacity now, and there’s so much more to come.”

Saba agrees. “I think The Unlisted is validation of how Australian society is opening up and changing to multiculturalism in spirit and in practice, especially in media, which I remember was a closed shop for people like me 30 years ago when I first came here. It is a celebration and recognition of the emerging diversity in this nation.”
In the end, though, perhaps it will be the young diverse viewers who will feel the strongest impact.

As someone who came here at the age of three and who was socialized in the Australian milieu, Mithila is more than aware of the ‘can’t see it, can’t be it’ maxim.
“Not seeing someone like us on screen, put more pressure on us to accept who we were. Today, things are changing. I must say, I’ve never been prouder of who I am than I have been in the last three years.”