Ministers shake a leg too! 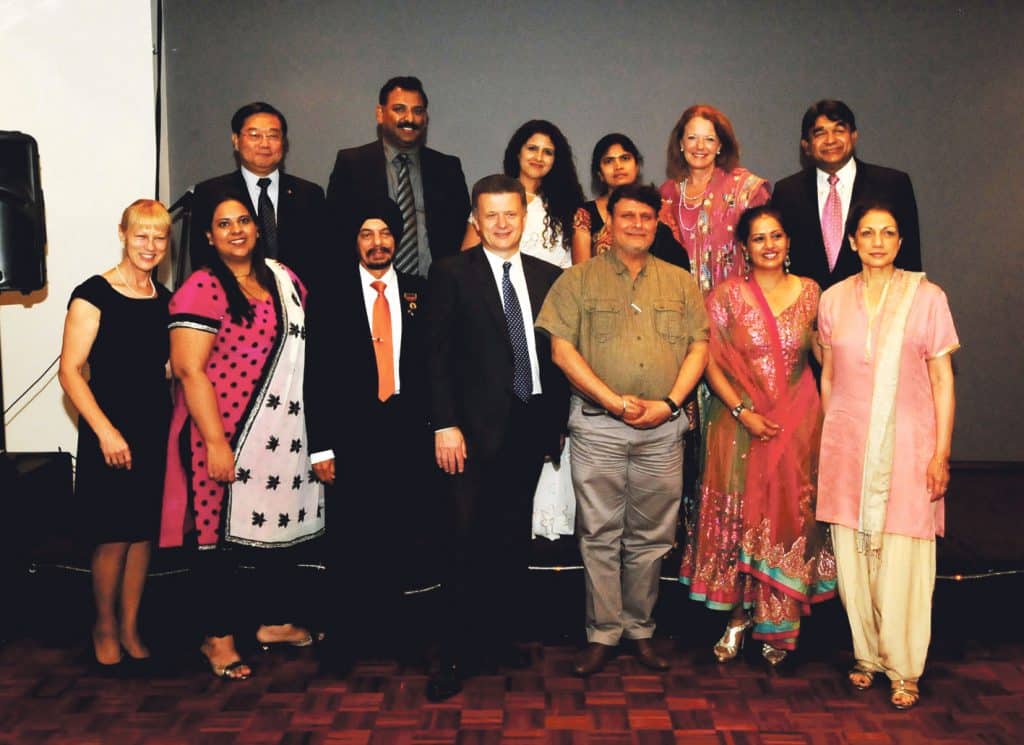 It was celebration time for AISV, and nothing works better for Indians than some Bollywood dancing to convey the celebratory mood. Joining in with bonhomie and some seriously good moves were Nicholas Kotsiras, Victorian Minister for Multicultural Affairs and Citizenship; and Senator Helen Kroger, Liberal Senator for Victoria. The event was organized by the Australia India Society Of Victoria (AISV) at Metropol Receptions in Clayton to
celebrate Australia Day and India’s
Republic Day.

The select audience was also invited to celebrate the accomplishments of AISV, the oldest incorporated Indian organisation in Victoria.

The AISV was recently bestowed with the Pravasi Bhartiya Samman, a prestigious award presented annually to overseas Indians by the President of India. In the past 10-11 years since the inception of the Pravasi Bhartiya Samman, which is awarded during the annual celebration of overseas Indians called Pravasi Bhartiya Diwas, only two other Australians have been chosen for this honour. The PBD award is considered to be the pinnacle of awards given by the Indian government – the highest possible for any overseas Indian individual or organization. In 2012, former Victorian Premier Ted Baillieu also awarded the AISV with the Multicultural Award for Excellence in Community Services.

The formal part of the evening started with the rendition of National anthems of Australia and India. Dr Gurdip Aurora, President of AISV welcomed the guests and spoke about his experience in India where he was invited to accept the award on behalf of AISV. He also spoke about AISV and its contribution in articulating the needs and aspirations of the Indian community to the Government and in providing much needed community support. This was followed by an address from Hon Nicholas Kotsiras, Victorian Minister for Multicultural Affairs and Citizenship. He congratulated AISV and encouraged the organisation to continue taking the lead in supporting the community and in expanding their reach and services.

Among the dignitaries present were Mr Raj Kumar, Acting Consul General of India; Ms Laura Smyth, Federal Member of Parliament for LaTrobe; and Ms Amanda Paxton, Victorian State Director for the Department of Immigration and Citizenship. Senator Helen Kroger, Chief Opposition Whip in the Federal Senate, representing the Leader of the Opposition, Hon Tony Abbott delivered a message from Mr Abbott, the Leader of the Federal Opposition, who was unable to attend the event. Mr Raj Kumar, Acting Consul General of India also shared a few words with
the audience.

Manpreet Kaur Singh, Executive Producer at SBS radio, with her inimitable eloquence and elegance, was the MC for the evening.  Guests were entertained with a graceful Mohiniattam performance by OAM Mrs Tara Rajkumar’s dance group. This was followed by an exuberant performance from the NB Dance group that soon became the highlight of the evening, as the Ministers and AISV guests and members shook a leg or two and seemed to thoroughly enjoy the opportunity. The evening continued on that merry note
till AISV’s Shivani Lamba wrapped up the event with a vote of thanks.