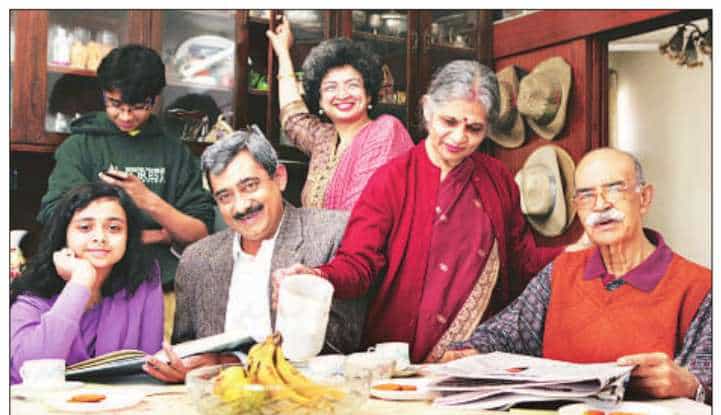 ISCA: All about organ donation

The Indian Senior Citizens Association (ISCA) reaches a milestone this year, celebrating in May twenty years in service of the community. President Prem Phakey promises a fun-filled program, details of which will be available later.

The year’s first session was devoted to disseminating information about organ donation.

Every religion, Gopal insisted, believes in saving lives. Australia has the best health system among all civilised nations and, since 1965, has achieved thirty thousand organ transplantations. At any given time, some 1500 patients, whose lives can be saved only by the altruism of organ donors, lie in pain, half of whom will die if donors are not found.

“Think about donating organs. It is human to do so,” Gopal pleaded. “It is about you, for you yourself may require transplants.”

Briefly, he spoke of the Australian Organ Donation Program, requested us to understand the gravity of illnesses, and discuss the donation plan with family.

“Don’t take your organs to Heaven,” he punned. “Heaven knows those are needed on Earth.”

Organ donations can be made once death has medically been certified, he told us, and all possible dignity is granted to human remains. One may choose to donate one organ, or the whole body. One organ donor can save up to 10 lives, and can significantly improve 36 others with tissue donation.

The donor’s blood is intensely tested, so probable diseases are not transplanted along with the organs. Yes, one has to be under medication for life, so the body does not reject the transplanted organ.

Interestingly, recipients can donate organs too.

Gopal’s composed style of dispatch made his articulation both convincing and motivating.

For interested seniors, ISCA’s Friday program now begins at 9:30 am, and includes yoga, light exercise; a physio from St Vincent’s Hospital in attendance, edifying documentaries, singsong, and a Ladies Corner, where discussions on various topics are conducted. Once every month, ISCA arranges a Bollywood classic film plus dinner for $12 at Tandoori Junction restaurant.

In the seniors’ meet that the City of Stonnington organises, Dr Nisha Bhatnagar chose to speak about dementia, deeply applicable to the ageing membership. Via power-point projection, Nisha identified 14 diseases that fall under the title ‘dementia’ to the 25 attending seniors.

Our brain consists of pockets of neurons, Nisha detailed, and each pocket executes individually assigned obligation, such as vocabulary, recognition, reasoning, memory, self-protection, etc., which the process of ageing and prolonged inattention regresses into disease. The shrinkage of associated neurons causes the brain to shrivel, and instils personality change and loss of expression. One loses the capacity to recognise basic bodily functioning such as toilet needs, thirst, hunger, and so on. As dead neurons cannot be revived, primarily in older people, dementia becomes terminal. Ongoing research in advanced countries is rapidly gaining results, but a definite cure to dementia is perhaps decades away. In Australia, some 30 per cent of sixty-plus suffer from this debilitating disease. In India, though, the percentage is around three. Are cultural and economic factors at play here?

Dementia may set in early, or be deferred by healthy lifestyle and balanced diet of vegetables and fruit, and by stimulating mental and physical activities. Dr Alois Alzheimer, who initially documented the disease, linked the disease to high blood pressure, smoking, obesity, diabetes, and lack of mental and social activities. Untested theoires claim that if you wish to defer Alzheimer’s by ten years, learn a foreign language.

Indian Seniors Association West (ISAW) this month took its members to Werribee Zoo, not far from St Albans where they meet. Werribee Zoo spreads miles, and one necessarily needs transportation if willing to truly enjoy it in a day. Wherever safe, one may alight and interact with ‘safe’ pets, even feed them. Members shared home-made lunch with each other. A happy day out!

In April 2013, stagnating membership and member indifference drove Kingston Indian Senior Citizens Association. (KISCA) President Barbara Nagaya, Secretary Mona Raju, members Krishna Arora, Shano Rajkumar and Rose Thakur to meet in Little India to chalk out a program that may save KISCA from closing down. The proposal was that under a fresh caption, KISCA may move to Dandenong, which boasts an Indian community arguably three times that of Kingston, and thus increase membership.

In the February meeting, consequently, Secretary Raju announced that KISCA will now onward meet on alternative than every month. The little fund it has in reserve will be utilised to subsidise lunch for members in March, a picnic in Cranbourne Gardens in April, and in celebrating Mothers’ Day in May. Program for the remainder of the year will be ascertained as we go. It is, however, apparent that unless there is more member support, KISCA will come to an end.