Home Arts The making of Dickens

Only a handful of Indian or Indian-origin directors have made it big on the English language movie scene. They include Mira Nair, Gurinder Chadha, Shekhar Kapur and M ‘Night’ Shyamalan. To add to this short list is a name not many would have heard of, but Bharat Nalluri is slowly but surely making a mark in the film industry with an eclectic repertoire of films and TV shows – Miss Pettigrew Lives for a Day, Tsunami: The Aftermath, Life on Mars, MI-5 and Emily Owens M.D., among others.

Nalluri’s latest movie is The Man Who Invented Christmas, slated for online release on 28 March. It is the story of how the author Charles Dickens came about creating and self-publishing his iconic novella, A Christmas Carol. The movie is based on a critical part of the life of Dickens when he is 31, a literary rockstar on a downward trend.

Three of his books had failed in a row, debt was looming and his wife was pregnant with their fifth child. To make matters worse, he had hit writer’s block. Bringing out a successful book was crucial for him. He had an idea for a new book about a miserly man who is redeemed after meeting the ghosts of Christmas Past, Present and Yet To Come. 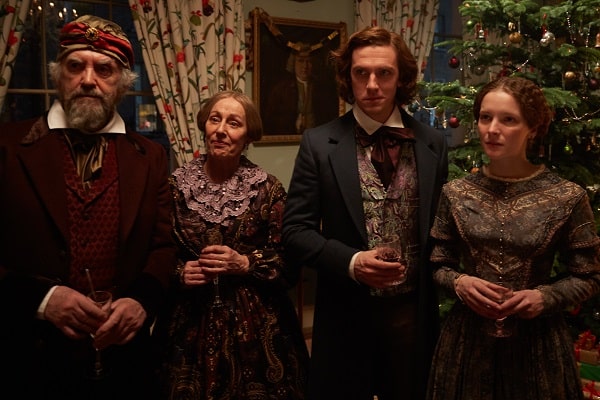 The lavishly illustrated volume turned out to be more than just an instant money-maker. The spirit of Christmas, as we know today – charity, gifts, parties, the tree and its secular tone – was non-existent until the book came out. Christmas had degenerated into a drunken festival. The slim, 70-page book, which went into seven reprints in six months, revived the meaning of Christmas as a time for reflection and began a host of customs that are popular even today.

In The Man Who Invented Christmas, Nalluri hasn’t portrayed Dickens as the bearded serious-looking elderly man we usually see in photos. He is a dashing young man in his thirties, captured from his portraits of that time. Important scenes from the book are recreated in the movie and deftly interwoven into Dickens’ own life story and his creative journey.

Nalluri, who was in Sydney in December last year to promote the film, spoke to Indian Link about his cinematic journey. 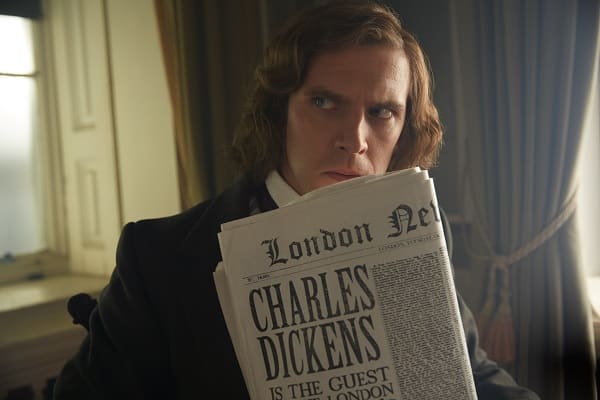 Having moved to the UK from Andhra Pradesh at the age of five, Nalluri grew up watching Bollywood movies. “Sunday viewings were Sholay, Amar Akbar Anthony, Pakeezah and such classics accompanied with mum’s dosas.

The films were in Hindi which I did not understand, but I loved the songs and drama. They have, without a doubt, influenced me,” he said.

One can certainly see that in The Man Who Invented Christmas. Though there is a dramatic way of conveying the emotions of Charles Dickens that seem larger than life, these are conveyed without being over the top.

Asked if he would be interested in taking up a film project based in or on India, Nalluri said he would love to but “I want to find something that has some connective tissue to my experience so that I’m not pretending to be something I am not. I want to make sure I’m not just skimming the surface of the subject.” A project in the pipeline is Tip Top Taj Mahal about Indian immigrants coming to New Zealand in the 1980s, a subject close to his own immigration experience.

The director also praised the huge renaissance in Indian cinema. “The new directors are amazing. Lunch Box is such a beautiful film. Nawazuddin Siddiqui, Manoj Bajpai and Irrfan Khan are some of my favourite actors. Such trained, controlled and powerful film-makers and actors!” he said admiringly. He himself started the journey with his father’s Super 8 camera, making small films with his friends. 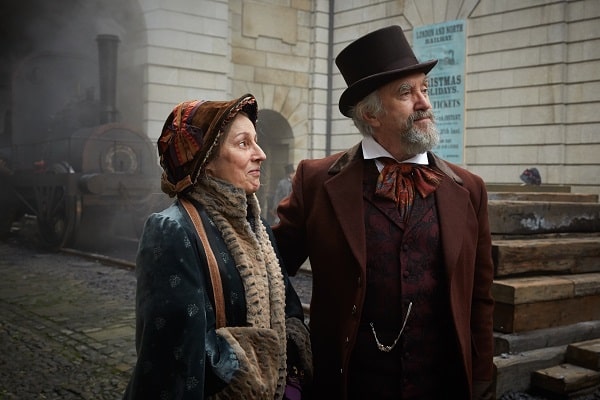 “I won some awards, went on to make bigger films, set up a company and it all somehow happened,” he said, recollecting how his career evolved. “Film making is lightening in a bottle. It is stunning whenever you get it right. So many people are involved from the beginning to the end, right up to making the poster. Every one of them has to get it right,” he said, sounding relieved that his movie turned out well and has been well received the world over.

Bharat credited the film’s success to the “copper-bottomed” script by Susan Coyne and the wonderful crew and actors. Handsome Dan Stevens of Downton Abbey fame plays the young Dickens well, capturing both the humour and energy of the personality. Christopher Plummer playing Ebenezer Scrooge is fantastic as usual.

You won’t have to read The Christmas Carol again to enjoy the movie, but Nalluri has certainly become a Dickens fan from the experience. “He is brilliant at telling a wonderful, exciting adventure story. He gives you all this fun but underneath there is something to think about,” said Nalluri, referring to the way Dickens brings out social issues of child labour, poverty and inequality in his books. As a director, Nalluri has captured this brilliantly in the movie and woven a fascinating story where Dickens’ real family and imaginary family of characters from his book come in and out of the movie scenes beautifully.

Dickens is one author who has never been out of print and with this movie Bharat has created a lovable movie that will never be out of date. Certainly no ‘Bah, humbug’!