Home News The death that stopped a nation

Despite his success in the big smoke, Phillip Hughes never lost his country kid charm 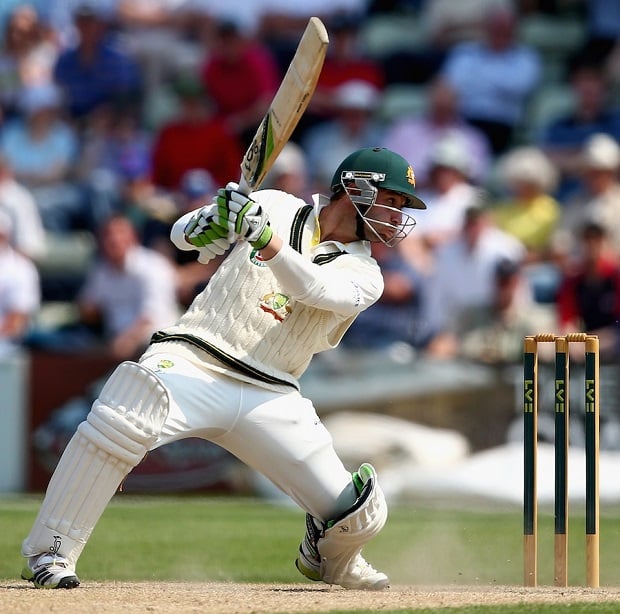 I have been trying to delve deep to find some reasons why the highly tragic and ridiculously premature death of Phillip Hughes has touched us all so much.

Frankly, I struggle to articulate the reasons. All I have is some theories and the anecdotal evidence of conversations with friends in cricket and outside.

So, what sort of bloke was he?

I met him when he was almost 18 and had come to the big smoke (Sydney), a few months prior, to work on his cricket. His mentor and coach, Neil D’Costa wanted me to meet him and we spent a most pleasant three hours over dinner at Abhi’s in Strathfield, shooting the breeze.

Neil D’Costa had been talking him up as the Next Big Thing, and given that Neil had delivered Michael Clarke to this country, who could doubt him?

Phillip was respectful, a keen listener and politely took in all the unsolicited advice and “insights” I thought I was obliged to give him, given what Neil must have told him! I was impressed as he was a warm, cheerful country kid who, as per his coach, had a formidable work ethic combined with an appetite for batting for long periods of time.

When we get paid for something we would do for free, it is never more than a hobby and I sensed that cricket was merely a game for Phillip and he was surprised that he could make a motza out of his magnificent obsession – batting.

Subsequently, I saw him around at the cricket and he always came up to have a yarn or chin-wag (a quality few cricketers have!) He did not have to do this. After all, he was in the middle of some serious cricket for his country, and occasionally even his place in the team was in jeopardy, but it always seemed to be just a game to him and he was still very much the warm, joyous, unspoilt country kid.

On Australia Day in 2009, Phil generously came to the Reg Bartley Oval, Rushcutters Bay, at my request for an LBW Trust charity fundraiser – a cricket match. He stayed for a couple of hours, spoke to hundreds of supporters and refused to even let me get him a taxi back home. Our Directors were all frankly astonished to see a cricketer behave in such an unassuming, modest and heart-warming manner.

Everyone knows about his rather unique and highly unorthodox batting technique. However, despite this (or is it because of it?) he was able to score a prodigious amount of runs in all forms of the game.

I think he had worked it out that though the critics, old timers, coaches, journalists and the public had an opinion on his technique, he would be most successful if he ignored their advice and continued to have faith in what had worked for him, rather than tinker with it and tempt fate.

Nevertheless, he put in the hard slog and made minor adjustments, working unsparingly with Neil D’Costa.

He even sought out Sachin Tendulkar, by specially visiting India in the off-season, to seek his counsel on improving his game. Sachin was absolutely touched. 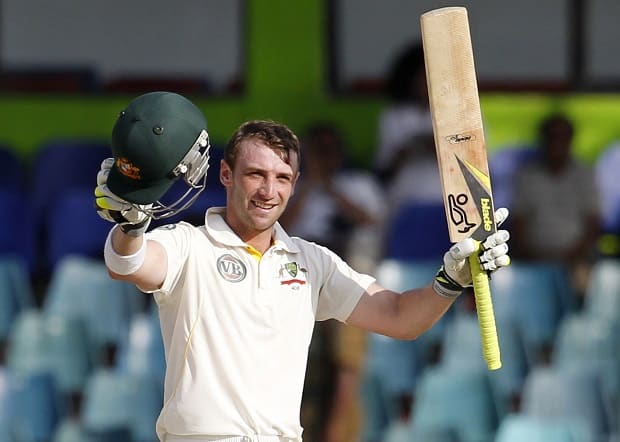 In September 2010, when he was wanting to travel to India directly from London, he contacted me in a desperate rush to seek my help in obtaining his visa. Generally, every country requires visa applicants to lodge their applications in their country of residence. To the credit of India’s Foreign Service, they went out of their way and obliged Phil in a trice. To his great delight he was able to make it for the start of the Australian cricket team’s tour of India, at very short notice.

My last memory of Phillip is bumping into him in February 2013, at the team hotel, the Taj Coromandel in Madras. I was going out to dinner and he was going back up to his room after having already eaten. We had a nice chat near the elevator. The Australians had a rough day on the field, but that was not at all obvious when we were talking. Typical of the bloke, I thought.

And now, here we are, mourning a gentle soul, so cruelly snatched from our midst, in the very prime of his life. The only consolation is that he went whilst indulging in his passion.

Phillip Hughes was a laconic, humble, generous, uncomplaining, unspoilt character who did not have tickets on himself. He was a pleasure to be in the company of. He had a joie de vivre about him. He had a commitment to excellence, and worked tirelessly to iron out the flaws in his game. These were all extremely endearing qualities that everyone could recognise and admired in him.

Australia, and I dare say, the world, is a much poorer place for his absence.

He will certainly be starring in the Elysian Fields.

Darshak Mehta is Chairman of The LBW Trust. The Learning for a Better World Trust (www.lbwtrust.com.au) is a cricket-focused charity which provides tertiary education to over 1000 students in seven developing, cricket playing countries , including over 500 students in India alone.