It was with a mixture of pride and curiosity that I drove to meet Harjas Singh at Neil D’Costa’s Star Cricket Academy in Hornsby.

Harjas is a young man of whom much is expected. He became the 8th youngest teenager, at 16, to score a hundred in Sydney’s (First) Premier Grade Cricket Competition, for his team Blacktown, against St George. In doing this he joined some very illustrious names, including Steve Smith, Usman Khawaja, Nic Maddinson and Kurtis Patterson – all contemporary Australian Test cricketers. In fact, at a younger age than them! The distinguished group of teenagers who have performed the same feat in generations past, includes former Australian captains Arthur Morris, Ian Craig and Bobby Simpson.

Folks, we are not talking of cheap runs here. The level and quality of cricket of the top club teams in Sydney’s First Grade is reminiscent of many middle-rung Ranji Trophy teams in India.

So, there is a reason for my hype.

In Neil D’Costa’s words, “This boy is special. He is capable of playing Test cricket for Australia.”

Coming from the coach of Michael Clarke, Phil Hughes and Marnus Labuschagne, this is hardly a mentor plugging his pupil. This is a respected Dronacharya who has personally discovered, mentored and finessed more Australian cricketers than anyone else.

D’Costa is particularly proud of his Indian heritage and he believes that Harjas is the goods. “He is cool, confident and unflappable, and has developed the pleasing habit of scoring big hundreds,” he affirmed. “It is early days yet, but I am confident he has the talent, ambition and temperament to play at the highest levels.”

A Year 12 student at Westfield Sports High School, Fairfield, Harjas was unfussed answering questions in an hour-long chat. His parents chipped in every now and then, when asked. Blessed with good sporting genes (father Inderjit was a Punjab state boxing champion and mum Avinder, a state-level long jumper) Harjas was cannily motivated by a grandfather who gave him cash “baksheesh” every time he scored over 50. Granddad might have to scale it back or lift the criteria, the way he is going!

Harjas is a natural right-hander in almost everything he does, EXCEPT batting. The reason?

“As a young kid batting right-handed in the backyard, I was in danger of breaking the glass windows which were close-by, on the leg-side,” he revealed. “So, I started batting left-handed, to avoid that potential crisis. And I’ve stuck to it! I bowl right-arm medium pacers, though, and throw right-handed.”

The youngster has come through the ranks in cricket and announced himself by scoring 161 batting at No. 3, for the Bankstown Under 12s against Fairfield-Liverpool. That led to him being selected for the NSW Academy Under 13s.

“That’s when I felt I really belonged, and developed heaps of self-belief,” Harjas said.

At just 17, D’Costa feels Harjas “is ahead of where he should be” and in the off-season this year, plans to focus on a few aspects which will further hone his ability.

Harjas is not a boring, unidimensional bloke either – he has played the harmonium since he was 6 years old and has even picked up the tabla in the past few years. His parents credit this to the kirtans he attends and plays at regularly at the Revesby Gurudwara.

He also loves the Sikh martial art of “Gatka”, a style of stick fighting, and proudly dons a “patka”.

He’s fond of cooking too, he revealed.

“I’m a vegetarian, and pasta is my favourite dish.”

He impressed as a well-grounded, mature young man whose doting parents are justifiably proud of his kind-hearted, relaxed and friendly nature. Despite having encountered unsavoury, discriminatory experiences as a young boy, Harjas is well and truly over those challenging times and bears no resentment of those who ignored or sidelined him in his younger playing days.

Sydney grade cricket is not for the faint-hearted. Vigorous verbal exchanges (a.k.a. sledging) are commonplace. Previously, though he never initiated any verbals, Harjas would not take a backward step. He is a Sikh after all! However, he has heeded his coach Neil D’Costa’s advice and these days he rarely dignifies the opposition’s “banter” or bait with a response – just a smile. Neil’s suggestion was simple: Stay Quiet. Also, Stay Humble.

Asked about Neil, the pupil says, “He can be quick to criticise and slow to praise, but never goes over the top, regardless of a good or bad performance.”

There’s obvious respect and admiration there.

D’Costa can be acerbic, it is known, but has a heart of gold and supports his boys passionately. He is determined to produce and see a cricketer of Indian heritage in Australia’s Test team in the next 3 to 5 years and he feels this will inspire scores of others. He has a few good prospects, currently including budding quick bowler, Hunar Verma.

If his coach is right, Harjas, who has himself been inspired by Usman Khawaja, might well be the inspiration for hundreds of young South Asian boys and girls, aspiring to play for their country of birth, Australia.

Darshak Mehta OAM is the co-founder of cricket-based charities The LBW Trust and The Chappell Foundation. A businessman, investor and philanthropist, he was an informal advisor to the Australian cricket team on three tours of India. 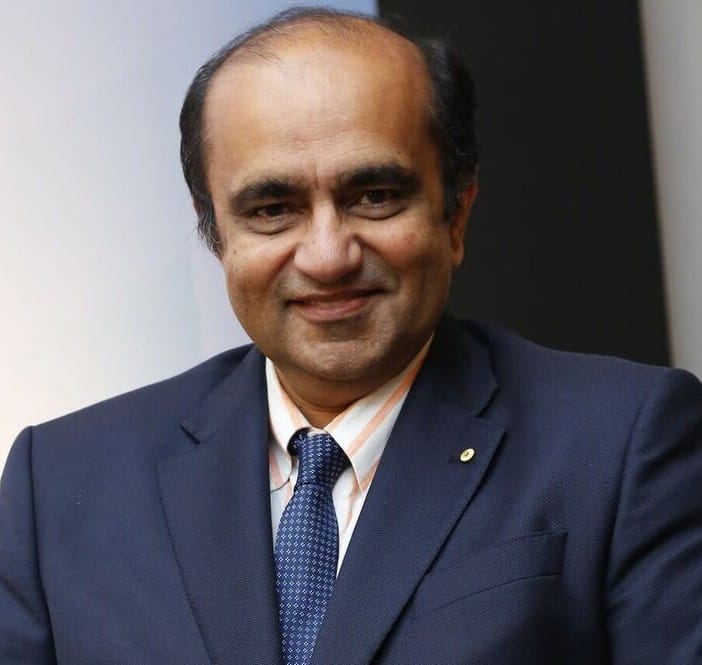