India at the Tokyo Paralympics: all the medal winners so far 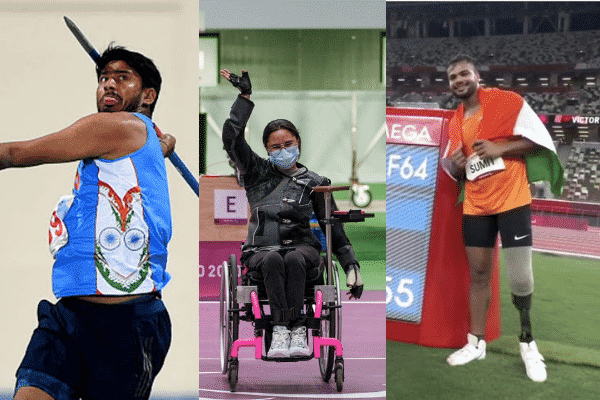 Indian athletes have put their best foot forward in this year’s Paralympic Games with a tally of seven medals so far, including two golds. With some promising young faces in this year’s contingent, such as 19 year old gold medallist Avani Lekhara, and numerous world and Asian records being broken, it’s proving to be a very exciting Games.

In case you missed it, here are all the athletes bringing home medals for India:

Ranked 12 in the world, Patel had missed out on participating in Rio 2016 due to paperwork issues. However, she views the experience as a blessing in disguise. In her Tokyo campaign, she knocked out world number 2 and Rio Paralympic Gold medallist Borislava Rankovic in an exciting semi final match, ultimately losing to world number 1 Zhou Ying of China.

The 21-year-old, who lost his right hand at the age of six, first began competing in para athletics in 2009. Since then, he has won several medals at the national level. In 2019, he won bronze at the World Championships in Dubai. 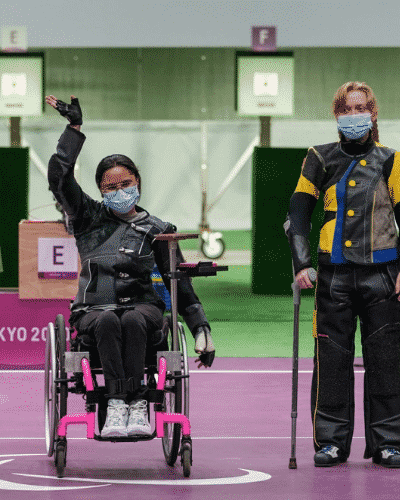 Lekhara, who sustained spinal cord injuries from a car accident in 2012, took up shooting in 2015 after she was encouraged by her father to learn a sport. After attempting both shooting and archery, she found she enjoyed shooting more, and her resolve was cemented after reading Olympic gold medallist Abhinav Bindra’s book.

She made her debut in 2017 at the World Cup in Al Ain, UAE. This year, not only did she win India’s first gold at the 2020 Paralympic Games, she became the first Indian woman to ever win gold in the Olympics or Paralympics. 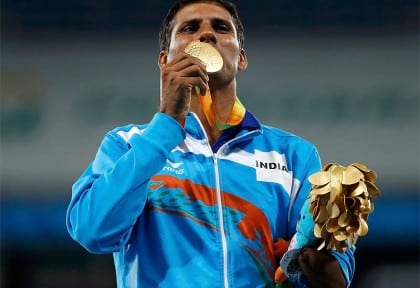 Perhaps one of India’s most decorated athletes, javelin thrower Devendra Jhajharia was aiming for his third Paralympic gold after Rio 2016 and Athens 2004. Ultimately, he won silver in the Men’s Javelin Throw F46 category at Tokyo 2020.

His left hand was amputated when he was eight years old after accidentally touching an electric wire in a tree, and he took up para athletics in his teens. In 2004, he self-funded his journey to the 2004 Paralympics in Athens and won the country’s first gold at the Games.

In his athletic career spanning two decades, the 40-year-old from Rajasthan has been a recipient of the Arjuna Award in 2004, the Padma Shri (India’s fourth highest civilian award) in 2012 and the Khel Ratna Award in 2017. 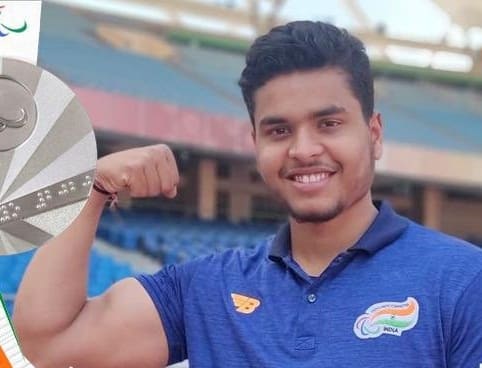 The New Delhi native took up the sport at the age of 20, going on to create a world record in the F36 category in his first international competition, the 2018 Para-athletics Grand Prix in Berlin. The following year, he won bronze in the 2019 World Championships in Dubai.

At the age of eight, Kathuniya experienced a paralytic attack that impaired coordination in his limbs. He credits athletics as a way to overcome his disability. 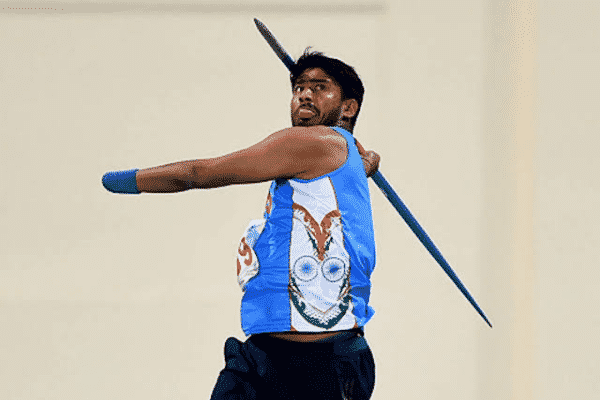 Considered a strong medal prospect, Sundar Singh came in third place in the Men’s Javelin Throw – F46 category, sharing the podium with Devendra Jhajharia. He was considered a medal favourite in the F46 javelin throw at the 2016 Rio Paralympics but was disqualified after failing to register for the event on time.

The 25-year-old took up para athletics in 2015 after losing his left hand in an accident. He was named 2017 Differently Abled Athlete of the Year by ESPN India and was a recipient of the Arjuna Award in 2019. 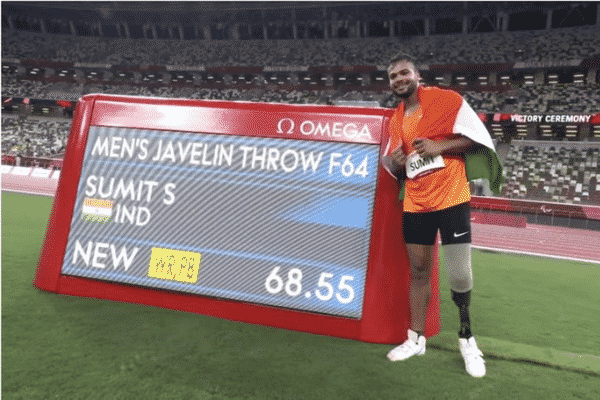 Bringing home India’s second gold medal is 23-year-old Sumit Antil, who beat Australia’s Michal Burian and Sri Lanka’s Dulan Kodithuwakku to place first in the Men’s Javelin Throw – F64 category. He also set a new world record in the process, hurling the spear to 68.55 metres. In fact, in an impressive showing, three of his five attempts made new world records.

Along with fellow athlete Sandeep Chaudhury, who ultimately placed fourth in the same event, Antil was viewed as a strong medal contender. He has competed in para athletics since 2018 and also competes in able-bodied javelin at the national level, most recently the 2021 Indian Grand Prix in Patiala.

Antil competes in the F64 category, designed for limb deficiencies, after losing his left leg below the knee in a motorbike accident in 2005. 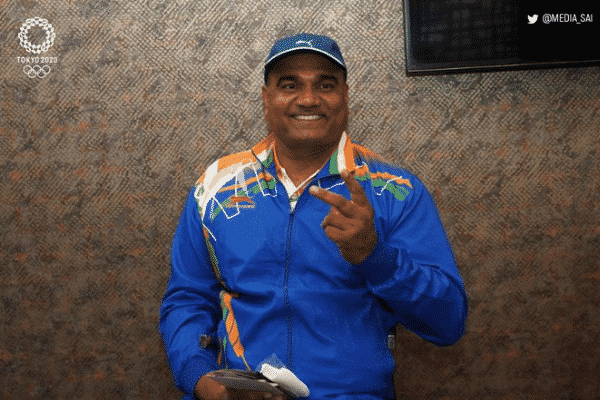 Along with India’s great showing at Tokyo 2020 came one unfortunate incident: Vinod Kumar’s bronze medal in the men’s F52 discus throw came under review after some competitors objecting to his classification in the category for athletes with impaired muscle power, limb deficiency, leg length difference or restricted range of movement.

The 41-year-old’s throw of 19.91 metres had put him in third place behind Poland’s Piotr Kosewicz (20.02m) of Poland and Croatia’s Velimir Sandor (19.98m). After review, the athlete was found to be ‘ineligible’ in disability classification assessment. In the official statement by the Paralympic Games organisers, it was announced that the panel was unable to allocate Kumar to a sports class, and he was thus designed as “classification not completed.” This rendered his results in the competition void.

Rohit Sharma an obvious choice as captain after Virat Kohli

Dhoni joins team India as a mentor for T20 WC