The Australia India Strategy Group (AISG) held a roundtable with the Premier Daniel Andrews on 30 July, to bring to his notice issues affecting professional and community affairs. With many topics discussed, the event held at Victoria’s Parliament House provided the Premier insights from members of the Indian community. The AISG formally tabled their recommendations to Andrews who confirmed, on his part, that the Government will respond with an action plan in the coming weeks. Throughout the discussion, the following topics were raised.

One participant noted that filming in Victoria can be very expensive. For example, the Australian Government will provide approximately a 6% rebate to the organisation producing the film in Australia. However, in Europe, USA and New Zealand, the rebate equates to 20-30%. Therefore, many film producers find it cheaper to film in other countries which means Victoria does not reap the benefits of enhanced tourism, local business and trade.

Promoting the Indian community and its culture occurs within urban areas. Regional areas do not receive much insight about India because they are unable to access the food, arts and cultural activities. One participant recommended that a Travel Fellowship be created to allow budding artists of Indian heritage to showcase their pieces of work to regional Victorians.

Many participants who had, or continue to have, businesses in the education sector noted that the private sector is rife with poor regulations. This has led to a fall in the quality of services provided by private education providers which negatively affects businesses who do the right thing. One participant noted that the regulators are targeting certain providers and not others even though the targeted provider follows high standards. Unconscious or intentional biases need to be removed.

There appears to be a lack of cross-cultural competencies by both Australian and Indian business people. One participant noted that it “is difficult to have fluid international business relations if either party is unaware of the intricacies of how the other does business”. The participant recommended that the Government support a scheme whereby business mentors could engage with business people in various countries to learn about the ways in which business is done. These insights could be brought home to Victoria and provided to the community members who wish to engage in business with a person or organisation of that other country.

Biases against people of Indian origin is prevalent in recruitment. One participant with experience as a mentor for businesses and professionals noted that the Government needs to reinforce the importance of withholding any prejudice during the recruitment process. The participant recognised the Government’s initiative Recruit Smarter, however questioned whether organisations were following the principles. 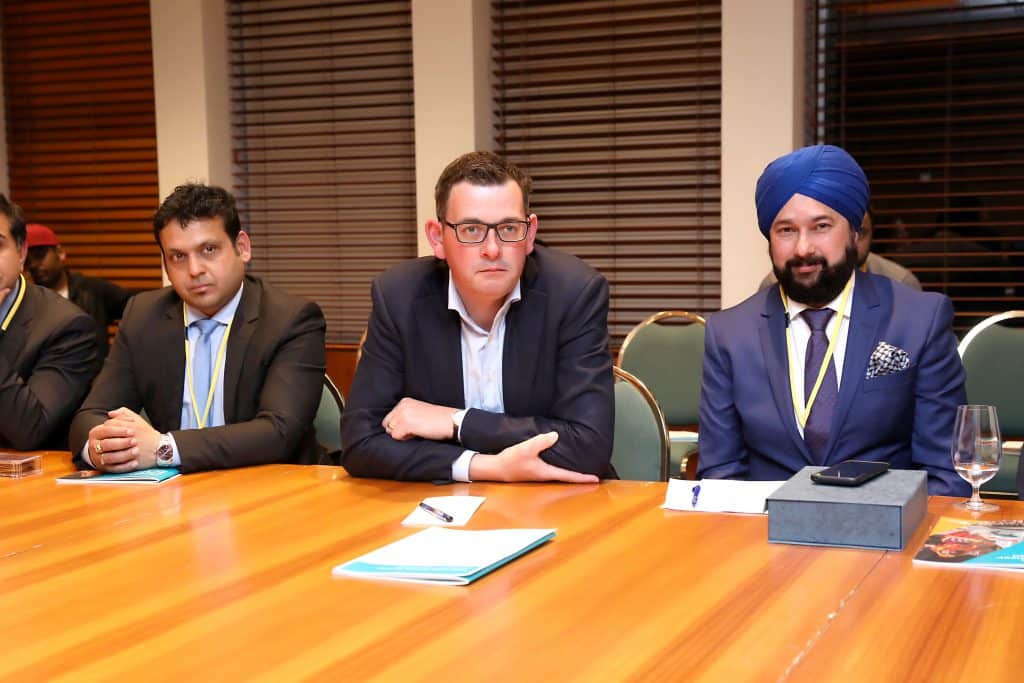 There are few aged care homes that provide services to the residents that are tailored to their background and culture. Many elderly Indians who have enrolled in aged care struggle to fit in well. With a poor level of English and an inability to appreciate a different way of living, they find it hard to communicate, associate and enjoy their time. One participant urged the Government to recommend aged care providers consider tailoring the service to suit individual requirements. For example, the provision of foreign newspapers, international television stations and culturally inclusive activities should be considered.

Many people who experience family violence need tailored and dedicated help. One participant recommended that often, individuals will require support from an independent person who does not share a similar origin but understands the cultural and social factors that would exist in that individual’s relationship.

The Australia India Strategy Group (AISG), launched in 2014, strives to share issues in the community with the Government of the day, with no political or personal agendas. Backed by years of experience in certain industries and having collaborated with certain sections of the community, the members of AISG, now 20 strong, have the knowledge and authority in the community to advocate for change that is highly desired.

The group recognised that it will be better to collaborate as a team and approach the Government. They realised that having individual organisations submit their opinions and requests makes it difficult for the Government to understand these issues holistically. Having many community and organisation representatives share their views together provides a better platform to raise issues that might affect more than one community or organisation.

Following Andrews’ visit to the Holi festival in Wyndham, the Sikh Gurudwara in Blackburn and the Baisakhi celebration at Federation Square, the AISG requested to have a meeting with him to commence discussions about issues facing the Indian community.

Luckee Kohli, founder of AISG, noted that “Mr Andrews was willing to host the roundtable discussion with us and we are very pleased that he took time out of his busy schedule to accommodate us and listen to our insights”.

He added that members were impressed with the result and were looking forward to holding additional discussions with other members of Government to positively promote change. The AISG is currently on the lookout for more support from the community.