Last Saturday, like many people across Western Sydney, I dressed up in my home-made hazmat suit ready to go into battle. Masked up with pockets full of gloves, mini bottles of hand sanitiser and my favourite battle soundtracks from the Lord of the Rings blaring in my headphones, I was finally ready to do the weekly grocery run.

These are certainly surreal times we’re living in. But whilst having a bit of a sad laugh at the state of things, I couldn’t help but look around the shopping centre with a sense of pride. Every shopper in a mask. Everyone checking in and keeping their distance. Swathes of small businesses shut as a result of the latest lockdown orders.

To me, this was the resilience of the community that I belong to.

What Western Sydney is really against

Contrary to a lot of commentary, the people of Western Sydney are not against the enforcement of public health orders. The vast majority of people, just like the rest of the state, are following the rules, miss their families and are doing their part to make this end as soon as possible. The proof of that compliance is readily available. When the government enforced a mandatory COVID test for essential workers in targeted LGAs (without consultation or any meaningful additional testing resources), residents queued for over six hours to comply.

What people out here are against, is the double standard that Western Sydney has had to face on a regular basis. When the Bondi Cluster continued to spread, we didn’t see rhetoric of “police crackdowns” and sending in the army to the beaches to enforce the rules. Rather, we were told that decision makers trust the citizens and we were all very happily listening to the wholesome High School Musical vibes of We’re All in This Together from our government.

Yet the moment the cluster spread to the West, the music stopped. It immediately switched to the need for a mass police presence and quite literally sending in the cavalry to enforce the lockdown. Seeing images of mass gatherings at beaches in the North and East whilst Western Sydney had helicopters flying over their rooftops every day, has not helped matters either.

Acknowledge the difference in demographics

My intention here is not to criticise my friends in the East. Indeed, everyone across the country is making sacrifices and the vast majority are doing their bit to bring life back to normal. However, the difference in demographics between East and West need to be acknowledged. A high proportion of workers in Western Sydney work in industries where it is not possible to work from home – many of whom provide essential services to the rest of Sydney. The government’s targeted restrictions in Western Sydney LGAs have meant that those outside of the healthcare industry have had to stay at home and effectively sacrifice their living. In effect, the government asked some of the poorest people in Sydney to sacrifice their wages without, at the time, any meaningful government income support to help them. That sends a message to the West that you’re on your own. It also potentially makes the poorest in our community have to choose between following health orders or not be able to pay the rent. That lack of support erodes trust.

Stop the divisive rhetoric, for the sake of public health

Ultimately, whether or not you accept there has been a double standard in the enforcement of Sydney’s lockdown is no longer the point. Regardless of your view, the point is that there is at least an incredibly strong perception out West that there has been a double standard and has resulted in the loss of trust in government. It is critical that the government seeks to repair that trust. A change in approach is not necessary just for the sake of morality, but for the sake of public health. Australia’s continued ability to fight the outbreaks of this virus rely, ultimately, on public faith in our governments and institutions. My concern is that a failure to repair that trust may have the ramifications of pushing people to the fringes and making them more vulnerable to harmful misinformation campaigns.

Visited with Lakemba (LMA) pop up vax hub with @Sophiecotsis1 – close to 500 people in line not long after opening. Stories of people lining up from 7:30am. Community pop ups work- let’s get more and make them semi permanent. Important community partnership with @NSWHealth pic.twitter.com/aYs0DwaxDS

We need to return to a more supportive, understanding and united front that we saw at the beginning of the pandemic. Repairing that trust comes from being accountable and acknowledging errors as opposed to maintaining divisive rhetoric. It comes with understanding and working with the community to understand how best to support each other (including financially) through these difficult times.

Until then, I know that Western Sydney will continue to play its part and I’m hopeful that over the coming weeks we will see a renewed effort from the government to rebuild that trust in our community.

And to those that will continue to throw shade at Western Sydney, we can’t hear you anyway. The helicopters are too loud.

READ ALSO: ‘Hope I can work again’: how lockdowns affect young workers in hospitality and retail 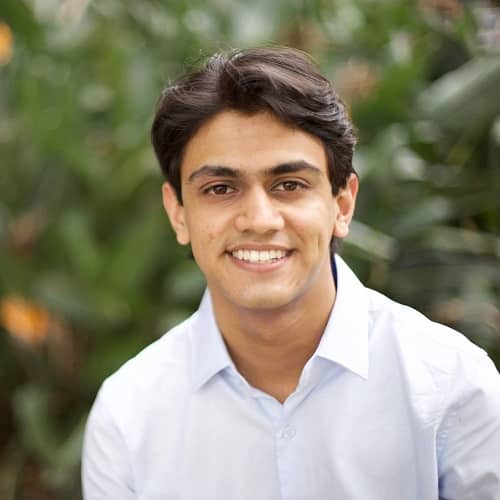