Home Arts Nothing like a father’s love for his daughter 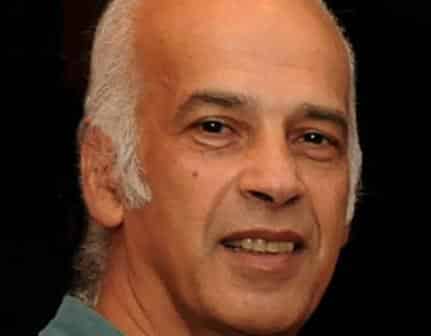 Writer-director Winston Furlong’s first feature film Taj premiered in Adelaide as part of the OzAsia Festival 2012. Winston is a deep-thinking writer who, in this film, has tried to put across some of his thoughts through the relationships and circumstances of his characters. The Sri Lankan born director’s visit to the Taj Mahal in India inspired him to depict the notion of the abiding love of Shah Jehan and Mumtaz Mahal, with the modern setting of Melbourne as a backdrop to the story. Taj is about estranged father Vjay, starring new find Mahesh Jadu, who realises almost too late his love for his 12-year-old daughter Priyanthi. For me the star of the film is Priyanthi, played by the delightfully named Coco-Jacinta Cherian who is undoubtedly destined for greater things, having already secured a role in Neighbours. After neglecting his daughter for a couple of years, Vjay, who has been attempting to write a book while taking drugs and gambling, exercises his visiting rights which leads to the father and daughter drawing closer and eventually sharing the task of building a model of the Taj Mahal with Lego bricks, which is quite an original touch. The director also introduces a couple of Vjay’s friends – the first, a restaurateur and the other, a visitor from Fiji. Both point out and contrast how one should live one’s life against how Vjay is living his. This juxtaposition succeeds in highlighting Vjay’s pointless path and lifestyle. The writer tries to show how one needs to be authentic and true to oneself, doing the best one can and not to try to be someone else. By the end of the film we see Vjay waiting at tables and thinking about going back to teaching English as he used to do, as a path towards redemption. It’s a story about seeing the light and coming back onto the right path.

While Coco-Jacinta was faultless in her portrayal in every scene as the daughter of an estranged couple who loves both her parents and also her mother’s new love, Mahesh Jadu’s somewhat brooding performance lacks a little subtlety, but is easily compensated for by his shockingly good looks. The supporting cast provide varied performances with the character Arlene as Priyanthi’s mother, played by Natalie O¹Donnell, and Vjay’s estranged wife putting in a convincing performance in her attempt to get on with her life while protecting her daughter. 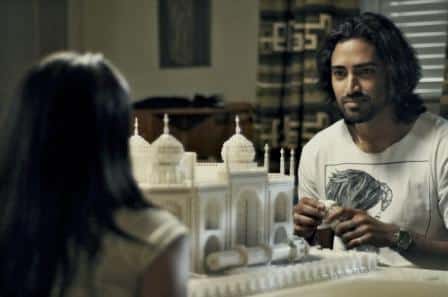 The film includes some events and scenes which could possibly have been handled differently, and as Furlong himself said, the suggestion that Vjay may have a form of cancer being included in the storyline perhaps did not quite come off. It’s easy to see how difficult it must be to try to strengthen a storyline by the inclusion of material that does not have a direct bearing on the plot.

The film has already been on the international festival circuit having been shown in Busan in South Korea, and Boston and Tiburon, both in the USA. It is due for a limited release in Australia later this year and I can see it making audiences sit up and think.

The screening of the film was followed by a Q&A session with Furlong, and there is nothing like meeting with the writer/director to give added life to a film. Furlong immediately apologised for the inexplicable loss of synchronisation of the sound to the film, and then proceeded to give a bit of background and take questions.

It was interesting to note that he has given up a career in engineering, but one can see his passion and the sheer pleasure he gets from his present career of writing and film-making. Furlong had toyed with the idea of writing the great epic novel, but thought better of it. His eloquence and ease of communicating were quite disarming and drew the audience closer to him. Furlong readily admitted that in the making of Taj he learned something about film-making but also learned a lot about himself. Furlong admitted that perhaps he should have spent a little more time on the script which was a little wanting occasionally. And yet, it’s a moving, sensitive film that leaves you wishing for a happy future for Vjay. In this self-funded full-length movie, we have a man in Winston Furlong who took a risk, achieved a goal and is now setting about other projects. Incidentally, a new screenplay of his entitled Serena and Her Sisters was a finalist in the New York Screenplay competition 2012, in the Comedy section. Taj is not a Bollywood dholak film but one that has some truth to life and is well worth viewing.

The portrait of life