Home News Not for ourselves alone 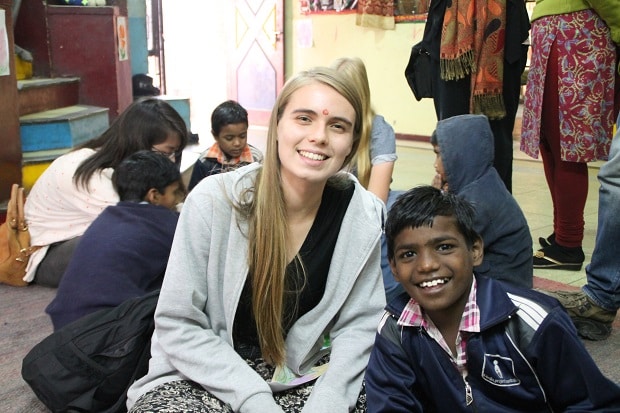 ‘I complained I had no shoes until I met a man with no feet’. So goes an Indian proverb. For the 15 girls from Burwood Girls High School (BGHS) who were on their first trip to India, this was a lesson that went deep into their minds and they were humbled by the experience. These young ladies, all but one from Year 11 and one from Year 9, were curious to know how the monies they raised for charity over 10,000 kilometres away in Australia, was transforming lives in Rajasthan. The trip turned out to be more than a practical lesson for their chosen subjects – Studies of Religion, Society and Culture, and Visual Arts.

Burwood Girls High School has long been a supporter of I-India Project Australia, which supports the work of the Indian NGO, I-India. Since 2008, they have been raising money each year through various activities organised to celebrate International Day. The school community, which is very representative of the multicultural society in Australia, has always celebrated its cultural diversity. The Student Representative Council (SRC) has been active in organising fundraising activities to promote the school’s Hands Across the Ocean program which supports children’s homes in Ghana and Bali, a vocational training project for girls in India, Oxfam programs in Asia and Africa, and a school for children with special needs in Samoa. 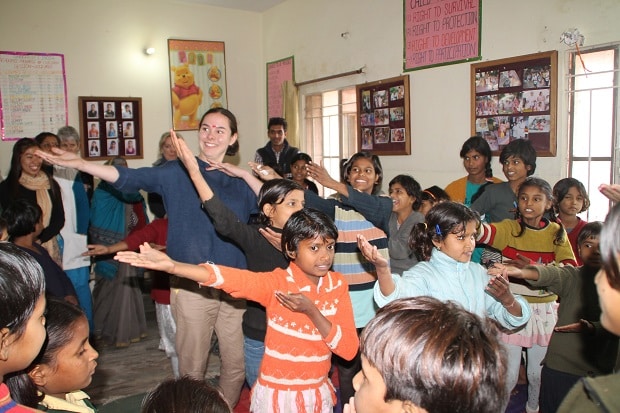 I-India Project Australia’s mission is to address the needs of destitute children who may have been trafficked, orphaned or sold into prostitution, and to provide them with the opportunity to break out of the poverty cycle through education. The girls were touched to see that what they took for granted in Australia – the right to education – was something so treasured by these children. The visit to the vocational training school at the Jhag Children’s Village, at 45-minute drive from Jaipur, was one of the highlights of their 19-day trip to India. 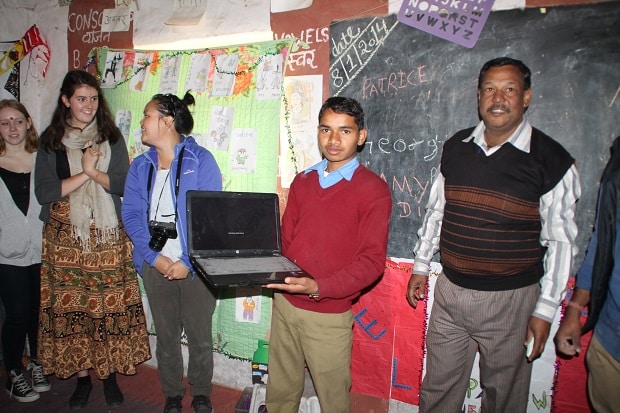 Everything was new to the young students who were visiting India for the first time. The bustling streets of Delhi where even crossing the road was an adventure, the aarti ceremonies on the ghats of the Ganges at Varanasi, a lesson in yoga in the country of its birth, and Agra, where they saw the re-enactment of the story of Emperor Shah Jehan and the Taj Mahal in all its splendour. But ask the girls about the highlights of the trip and they would unanimously agree that it was the time spent in visiting the I-India projects.

A special experience of the trip was the arts project that the travellers jointly engaged in with local students. This project, coordinated by an arts teacher of BGHS, saw the children paint 64 pieces of canvas which together made an amazing work of abstract art – an Australiana mural. This symbol of cooperation between the schools is now mounted on the school wall at the Jhag Children’s Village.

Patrice Simpson, Head Teacher of Social Sciences of BGHS spoke to Indian Link about the school’s experiences in India, and was responsible for developing the curriculum base of the trip. “I wanted to relate it to their school work, to be educationally beneficial for them. There were two aspects to it – one was to learn about Indian religion and culture, and the second aspect was the relating to social justice. The time spent in Jaipur visiting I-India projects was an eye-opener for the girls,” says Patrice. The schoolgirls were also amazed to see the I-India’s ‘Shower Bus’ in action. This bus regularly visits street points and offers on-the-spot showers and hygiene products to impoverished families. Showers and toothbrushes, all little things that they always took for granted, were now seen in a different light.

Seeing the poverty was confronting for the girls, but they were inspired and awed to see the effort that I-India was putting in to make education possible for poor children. “And they were amazed to see how passionate the children were about learning!” says Patrice. They met one of the boys who was educated at the street school, who went on to dux the Rajasthan State exams and was awarded a laptop by the Governor. “Our girls were humbled by it all. I think the selfless people who work with the children there were good role models for the students. These were people who saw a need and went about fixing it, rather than just being sad about it,” she states. 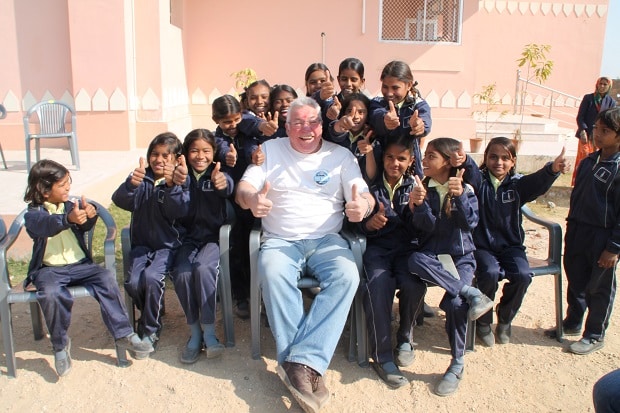 The analogy of the oft-repeated story Patrice told the girls about the man who when walking along a beach, keeps picking starfishes washed ashore and throwing them back into the water, was not lost on the girls. They realised how far the dollar they donated went here. Since their return, the girls have not tired of sharing their experiences with their fellow students, inspiring them to think about the way the rest of the world lives, and trying to making whatever difference they can. Patrice says that the trip made them realise what an incredible society of waste we live in and if they were mindful, they too could contribute in a small way to make the world a more just place to live in.

The school hopes to make such trips a part of their curriculum on a regular basis in future. Said one of the students to Patrice, “Miss, you have to go again. The other girls can’t miss out on the experience that we had!” The Burwood Girls High School’s motto is ‘Not For Ourselves Alone’. This experience has certainly given this motto a richer meaning to these young ladies.

Changing the way we look at uniforms