A new forum aims to facilitate effective networking, collaboration and empowerment for Hindu organisations in NSW 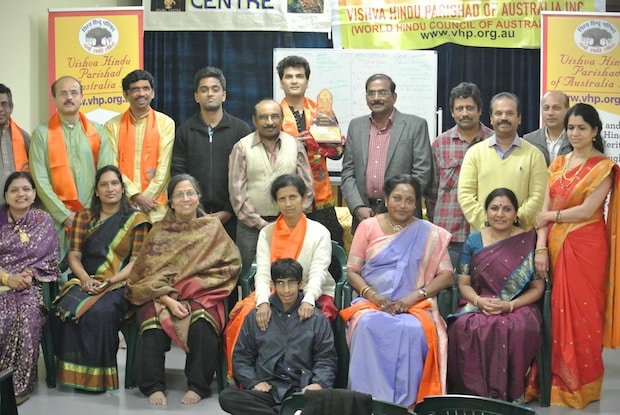 Using the Ekta Shankh (unity conch shell) as its symbol and relying on the motto Sanghe Sakthi Kaliyuge (organisation is strength), representatives from various Hindu cultural, spiritual and educational groups in Sydney came together recently for a first-of-its-kind HOTA (Hindu Organisations, Temples and Associations) forum.

Facilitated by Vishwa Hindu Parishad’s Australia chapter, the forum is the brainchild of Swami Vigyananda and was proposed at the third Australian National Hindu Conference held in April. The objective of the forum is to provide a common platform for institutions working in their individual capacities to together serve Hindu communities all across Australia. Currently New South Wales alone has at least 120,000 people of Hindu faith.

Sydney Shri Ayyappa Temple (SSAT) hosted the inaugural forum on the auspicious occasion of Guru Poornima. Welcoming the gathering, temple president Mohan Sundaram showcased the rich legacy of Swami Ayyappa tradition. In the coming years, the hosting of HOTA is to be rotated among all its members, with Minto Temple already volunteering to facilitate the 2015 edition.

“Through effective networking, collaboration and empowerment, our goal is to realise that there is a larger Hindu identity that transcends the sectional identities, and eventually bring all organisations together so that they can function in an improved manner,” Vishwa Hindu Parishad spokesman and forum chair, Rudra Kumar told Indian Link.

As part of HOTA, two flagship events have been planned each year – an annual networking platform in February and a combined celebration of Raksha Bandhan in August, venerating the role of women in Hindu society.

The HOTA model has already enjoyed considerable success in North America and New Zealand and the Australian chapter hopes to emulate these efforts.

“Hindus as a community are diverse in faith and philosophy, embracing the whole spectrum from atheism to polytheism harmoniously. We are each different but also have a lot in common,” Kumar said.

“In future, we will concentrate on common threads rather than differences to achieve greater good. If we are inward focused, we are bound to become stale and irrelevant and perhaps this is where HOTA could take us to next level of evolution”.

Effectively using the analogy of world wide web, Kumar aptly identified various Hindu organisations as isolated pockets of stand-alone capability. “What we lack is coordination skills and resource sharing. Through HOTA, hopefully, we can link up to effectively reach targets,” he said.

On the agenda were cross-servicing, sharing of institutional resources, centralised procurements and bonding between associations. Rather than being a mere talkfest, the day-long forum moderated by VCCA’s Divakar Harle saw various community representatives discuss challenges, learn to creatively solve problems, and identify growth opportunities.

The participants were divided into three groups – temples, associations and youth to brainstorm ideas. Some of the issues discussed included potential venues for large-scale gatherings, mentoring youth, the introduction of Sanskrit in schools, expansion of the SRE program, visa and language problems faced by temple priests, bulk procurement of pooja materials and collective lobbying.

Among the outcomes of the first HOTA forum was the development of a concrete action plan and a roadmap to realise the benefits of collective effort and collaboration to eventually enhance the capacity and capability of forum members.

Addressing the forum, Strathfield Councillor and chairman of the Deepavali Parliamentary Committee, Raj Datta declared, “Hindus are an inclusive, peace-loving community and should continue to embed this tolerance in the mainstream. Over the long course of our history, having withstood many invasions and changes, we have had the capacity to accommodate one another. Australian society is now at a critical juncture and we should strive to enrich its multicultural fabric by leaving a lasting legacy for its future to enjoy”.

Earlier in the day, VHP general secretary Akila Ramarathinam made an impassioned plea for all Hindu organisations to unite in their service to society. Clarifying that HOTA is neither a governing council or umbrella body but an information-sharing project, she extended VHP’s utmost commitment to the cause. “HOTA is a unique opportunity to exchange ideas, share knowledge and network. We need to know, trust and understand each other. After all, selfless service is our ultimate aim,” she concluded.

On the sidelines, informal resource sharing arrangements were already being worked out between temple representatives – particularly in venue, finance and priest management. “I already see HOTA as a big success and with wider participation, it will only improve the services we can offer,” she noted. 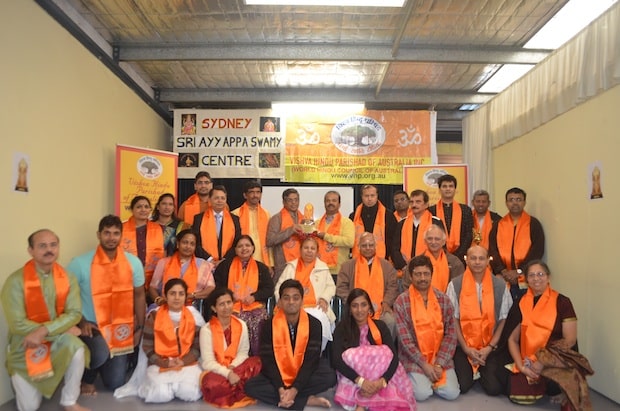 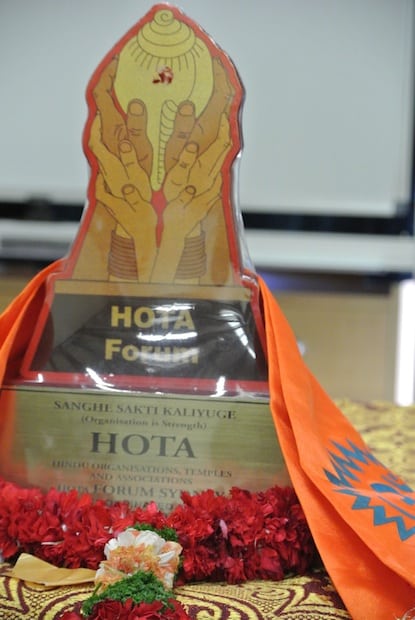 Where to celebrate Diwali in Perth

The making of Daniel Mookhey