People who know me, know that I am not an astronaut. Or a space scientist of any sort. Yet, few know that this month I was involved in the design of a space shuttle’s interior. I have helped background research (which commenced with a thorough study of the life-like model that is displayed in a Sydney museum); have provided input on the development and positioning of the fuel tanks; have supervised interior design of the cockpit, and have assisted in creating never-seen-before living quarters on board for astronauts, including kitchen, sleeping, toilet and shower, entertainment, and storage areas. The final design (and prototype) was submitted for consideration to an expert panel the details of which I cannot make public as yet, and I have just received news that it has been – accepted! 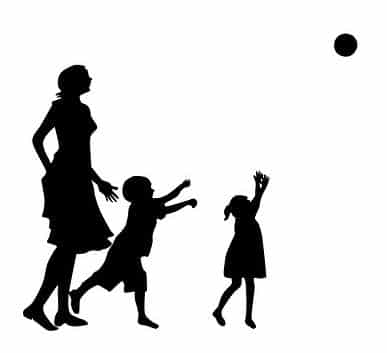 What a learning experience it has been. Now that I have permission to talk about it, I have regaled my kids with nuggets of information gathered during my involvement with space shuttles, such as – did you know astronauts sleep standing up? They enter into a giant sack-like blanket which is secured to the wall, belt themselves in, and nod off. Fascinating stuff.

Thanks to my new-found knowledge in the area, I was contacted recently by a young lady (a fan of mine, NBD) who is considering a full career in the field of applied interferometry. No, that’s not the science of sticking your nose into other people’s business, but a highly specialised field of photographing earth from space. Advising her, I was completely hooked, and now possess an enviable collection of images of our beautiful planet taken from space (with special focus on India and Australia).

Having come off the space project until my services are required again, I found myself roped into a study of scorpions – this time by a young friend who will probably be doing his PhD on this mini-beast. Data-collecting with him for an early submission, I have added to my own knowledge of this strange creature whose sting lies in its tail. To tell if a scorpion is dangerous, check the thickness of the tail – if it is thick, it is poisonous; if thin, it is not. Also, did you know, there are light sensors at the tip of the tail which act as its “eyes”? These come in handy when the scorpion has its head stuck underground. Mummy scorpions carry their young on their backs – and if one falls off, they put their pincers down on the ground, so the little one can get back on.

Of course, my capabilities extend not only to science, but arts as well. I reached out this month to a mime artist who had hit rock bottom (with mimer’s block, a mimer’s version of writer’s block), just as he was about to go on Channel XY’sMiming with the Stars. With my advice on his chosen piece (eating a hamburger), he romped home with a score of 18/20: I’m pretty sure what clinched it was my suggested facial expression of disgust at the pickle inside, and the actions of extricating and then discarding it.

Only weeks ago, I tried my hand at poetry, another first for me, as I guided a young upcoming poet in her work. The end result, a powerful treatise on wildlife, has already been published (in the columns of this very newspaper).

I’ve dabbled also with advice to sportspersons. A star soccer player was coached by me this month. Not in his sport, though, but in a presentation he had to make titled, “My favourite sport”. He shone through, with this critical appraisal at the end of it: “Your love of the game was evident”. Hurrah for me, I say!

Owner of increasing proficiency in many varied areas, I am still called upon for expert advice in areas related to my regular work – writing. Two superb and critical book reviews have been written under my guidance this month. Gordon has a Snookie by Lisa Shanahan was given the thumbs up, while Hole in the Zoo by Chloe and Mick Inkpen was completely smashed to smithereens.

Homework – with 10-year-old Beti (daughter) and 7-year-old Beta (son) – has been exhausting, but fun, this past month.

Happy Mother’s Day to me!